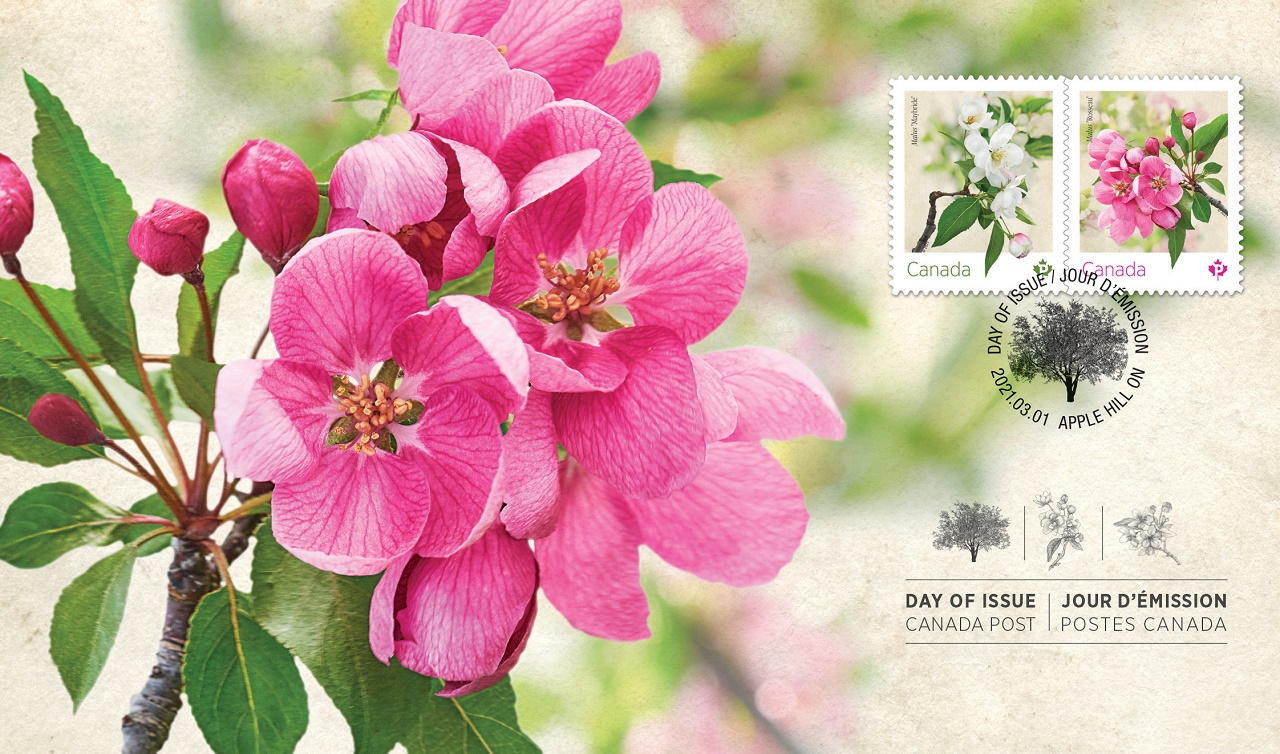 The new Canada Post crabapple blossom stamps were issued for the first time at the post office in Apple Hill on Monday, March 1. Photo: Canada Post

On March 1, Canada Post released the latest in its popular flower series, a two-stamp issue showcasing the blossoms of crabapple tree cultivars with a Canadian distinction, the Malus ‘Rosseau’ and Malus ‘Maybride’.

The pretty pink flower of the Malus ‘Rosseau’, bred by renowned ornamental plant breeder Isabella Preston, was first introduced at the Central Experimental Farm in Ottawa in 1928. The delicate white bloom of Malus ‘Maybride’, a dwarf cultivar bred by Preston’s successors Daniel Foster Cameron and Dexter Reid Sampson, was first made available to the public in 1973.

Canada is home to several wild species and hundreds of cultivars of crabapple trees, which like apple trees belong to the rose family. Gardeners plant crabapple trees for their fruit, their hardiness and their spectacular, fragrant blossoms. While sour to the taste, the tree’s fruit makes excellent jams and its wood is often used for smoking meat and cheese. Crabapples are also an important food source for mammals, birds and insects.

Introduced in 2005, the annual flower stamp issue has long been a bestseller and is often used on wedding stationery, including invitations. This year’s stamps were designed by Sputnik Design Partners Inc. of Toronto and feature photographs by Mark Olson, with background line illustrations by Marie-Élaine Cusson.

The stamps are sold in a booklet of 10 – five each of the two designs – and in a convenient coil of 50, offering 25 of each design. A two-stamp souvenir sheet is available for collectors, along with strips of four and 10 stamps from the coil. The Official First Day Cover of the combo is cancelled in Apple Hill, Ontario. The booklet, souvenir sheet and Official First Day Cover were printed by Canadian Bank Note and the coil by Lowe-Martin. 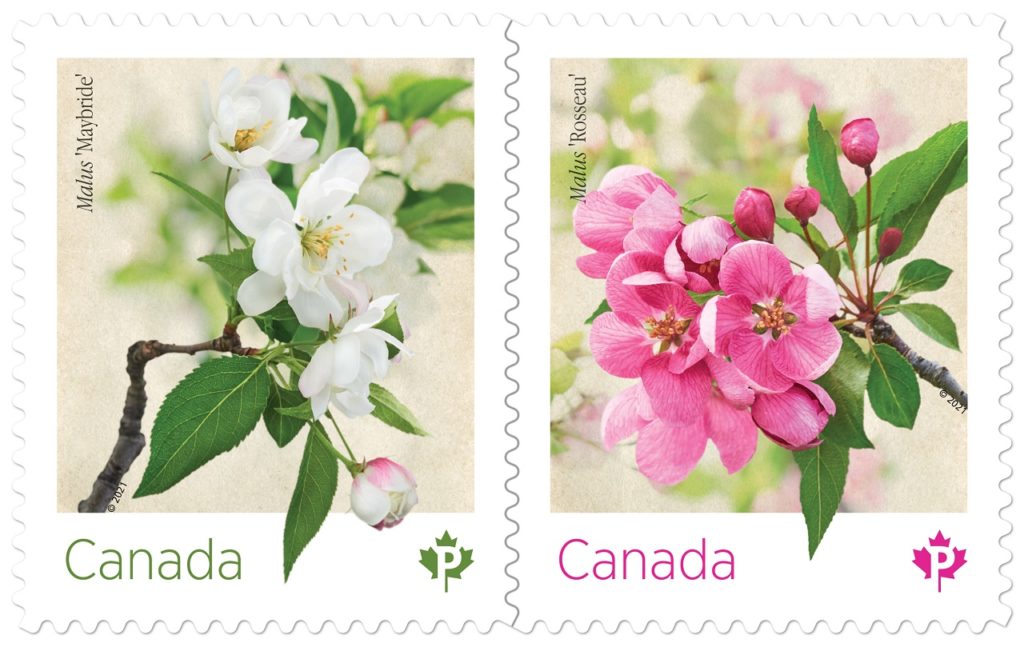