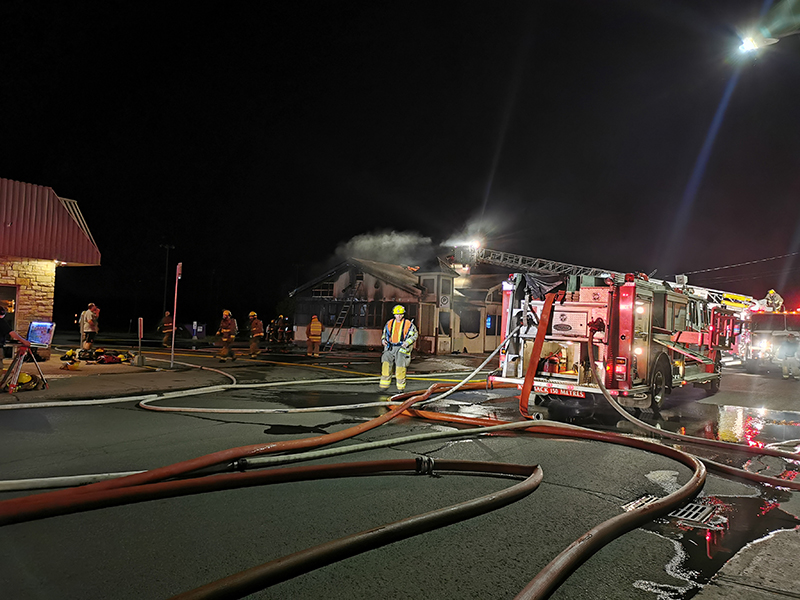 Hawkesbury OPP have charged a man in connection with the fire that heavily damaged the Leduc Snack Bar on Main Street in Hawkesbury on May 26, 2020. Photo: Louise Sproule.

The Hawkesbury Detachment of the Ontario Provincial Police (OPP) has charged an individual following an investigation of a suspicious fire.

On May 26, 2020, shortly before 9:30 p.m., officers responded to a structure fire at the Leduc Snack Bar at 551 Main Street East in Hawkesbury. The Hawkesbury Fire Department was already on the scene battling the flames which heavily damaged the building.

The investigation by members of Hawkesbury OPP Crime Unit resulted in the execution of a search warrant on February 3, 2021 at a residence in St-Hippolyte, Quebec.

A 54 year-old man from St-Hippolyte, Québec has been charged under the Criminal Code with:

The accused has been released from custody and is scheduled to appear before the Ontario Court of Justice in L’Orignal on March 10, 2021.