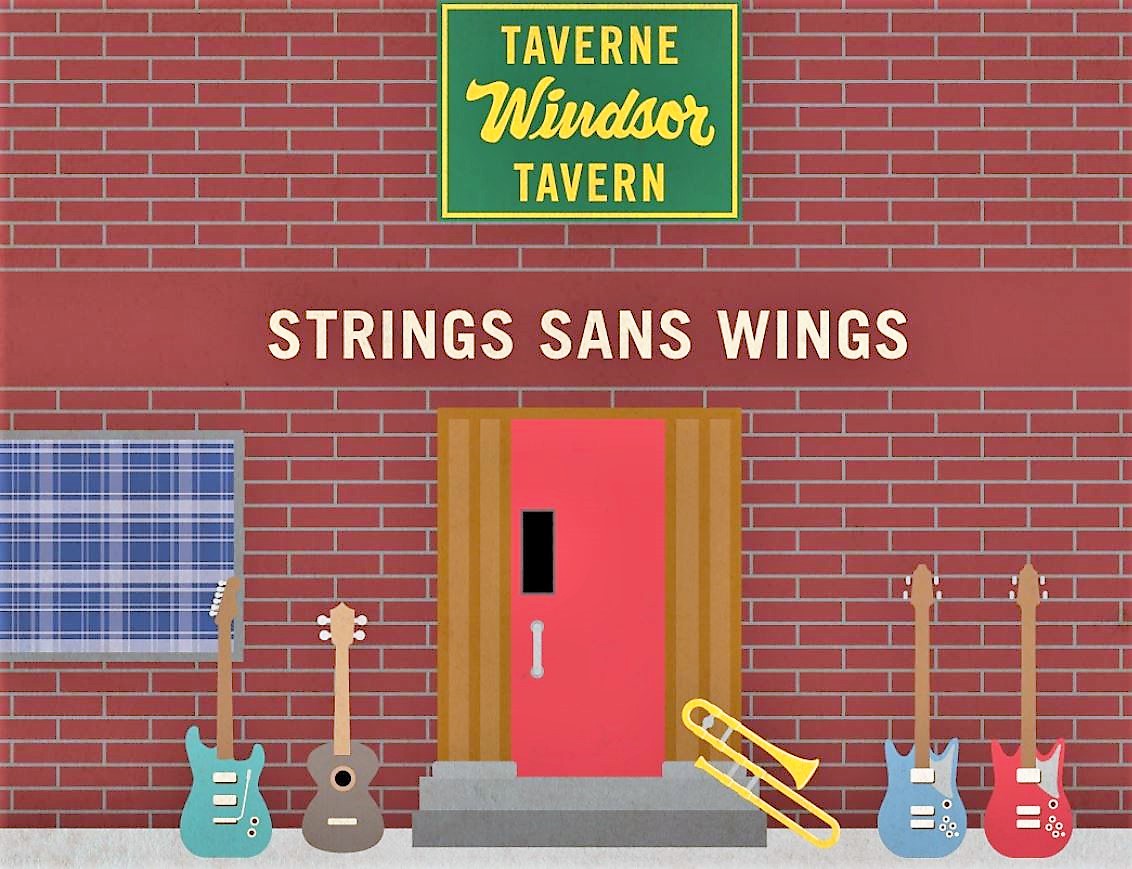 He misses the audience and the wings, but Kevin James – aka Rodrigo Valquez – is clearly having a blast running the Windsor Tavern’s Open Mic night on Facebook.

“I’m the funny one,” laughs the energetic musician, in response to an interviewer’s remark about the similarity of his name to the star of the ‘King of Queens’ TV show and ‘Paul Blart’ films. “It’s good that it’s a low bar.”

James – or Rodrigo, as he is known on Facebook – has been organizing the Windsor Tavern’s Strings sans Wings Facebook page since the local watering hole was first forced to shut down in March of 2020 due to the COVID-19 pandemic. He worked with Michael Simpkin, organizer of the tavern’s monthly Open Mic and Wings nights, to set up the group to keep the music going and to give musicians a place to play during the shutdown.

“There’s a lot of talented/eclectic people – kind of all over the map – artists and musicians in town, so when all this happened, it left a big hole,” James recalls. “I wanted to do something that made people feel good, because it was last March and April – people were scared, (they) didn’t know what was going on.”

“It was a reason for everybody to come together.”

While the regular open mic nights at the Windsor are held on the last Wednesday of each month, Strings sans Wings features a number of performers on various Wednesdays of each month. The next live sessions are scheduled for March 10, beginning at 8 p.m.

Due to social distancing, most performers sing and play from home – solo. It’s been a challenge for those used to playing in bands, or with other musicians.

“I’m a bass player, so the idea of picking up a guitar and playing a song in front of anybody was freaky to me,” notes James, who works at Beau’s Brewery and has played with the band Audio Visceral at Beau’s Oktoberfest.

While there are various online sites available for live performances, the organizer of Strings sans Wings says the group has stuck with Facebook due to its popularity, access to the community, and ease of use.

“It’s not like trying to set up a Zoom meeting or anything like that. It’s a strong enough platform that everybody can use and watch it. You can have 30 people watching and it doesn’t bog down.”

The wide reach of Facebook has extended the group’s audience well beyond Vankleek Hill. After starting with just a few people watching, Strings sans Wings now has 960 members from all over the world. Some even perform as guests for special events.

Another objective of Strings sans Wings is to remind locals that the Windsor Tavern is still around, despite having been forced to close at Christmas due to stringent COVID-19 regulations. The Windsor reopened this week, but it will be some time before live music and normal volumes of people return.

“All along we’ve been trying to promote the Windsor as well,” says James, who along with Simpkin recently purchased several $100 gift certificates to help support the bar. “We’ve been giving those away to people watching and to some of the performers.”

Like most people, James never expected businesses to be affected by such a long shutdown. He is hoping all the people who have watched the various musicians perform live will support the Windsor and come out to Open Mic and Wings Night when it returns.

“Realistically, I don’t think anyone thought that we’d be in basically the same position that we were last March, but we are,” says James, who plans to continue Strings sans Wings until bands can again play at the Windsor. “It’s important for people who have been stuck at home and for the musicians to be able to connect.” 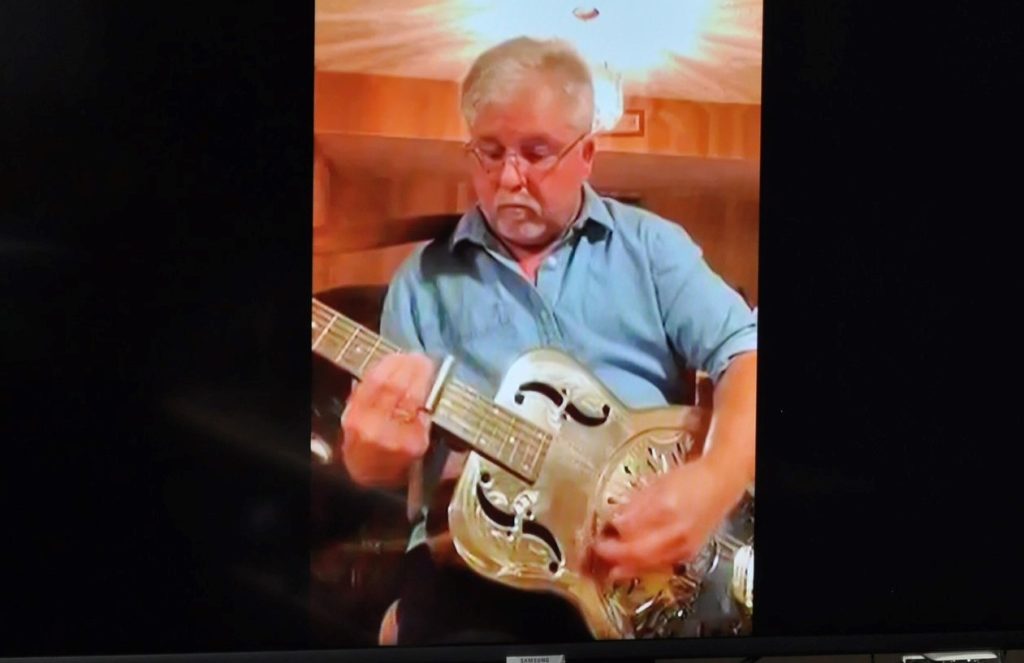 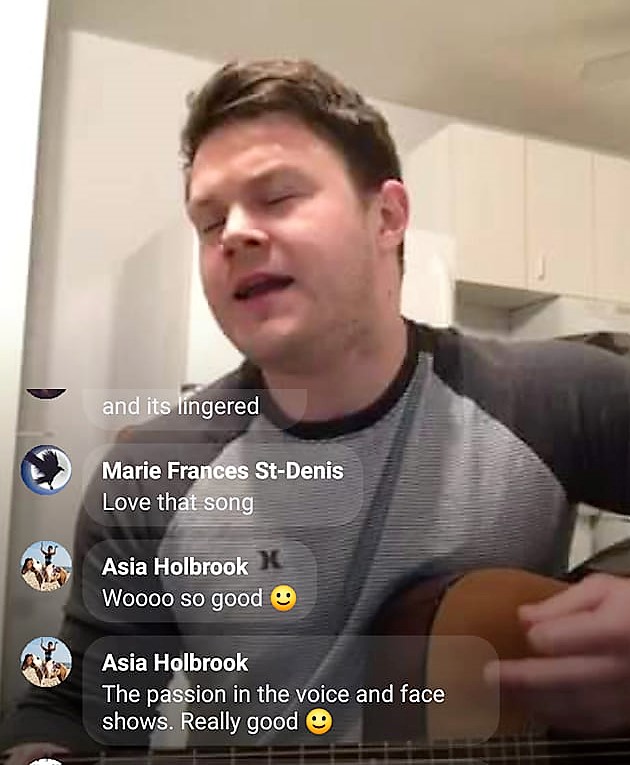 Michael Simpkin gets into the music while playing on Facebook Live. Anyone watching can post comments which pop up on the screen so others can see them. 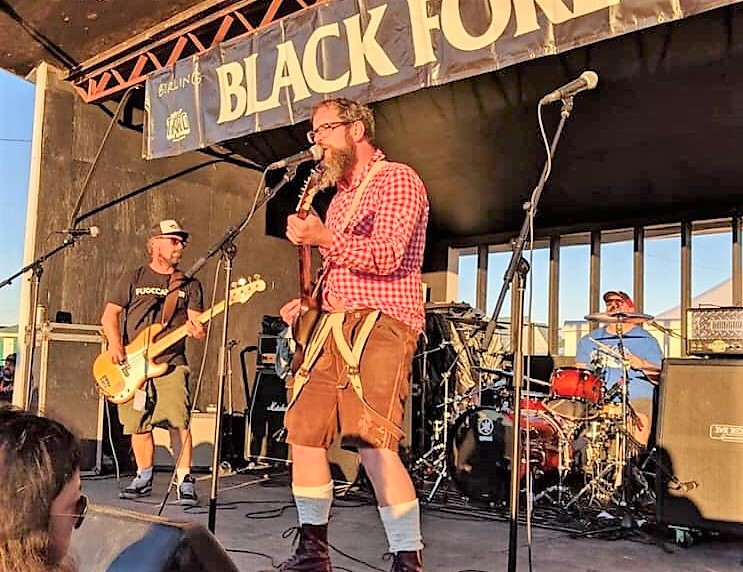 Kevin James – aka Rodrigo Valquez – performs with Audio Visceral at the 2018 edition of Beau’s Oktoberfest. Steve Beauchesne is the lead vocalist in the band. The organizer of the Windsor Tavern’s Strings sans Wings Facebook page is hoping the popularity of the site will mean larger audiences once live music returns.