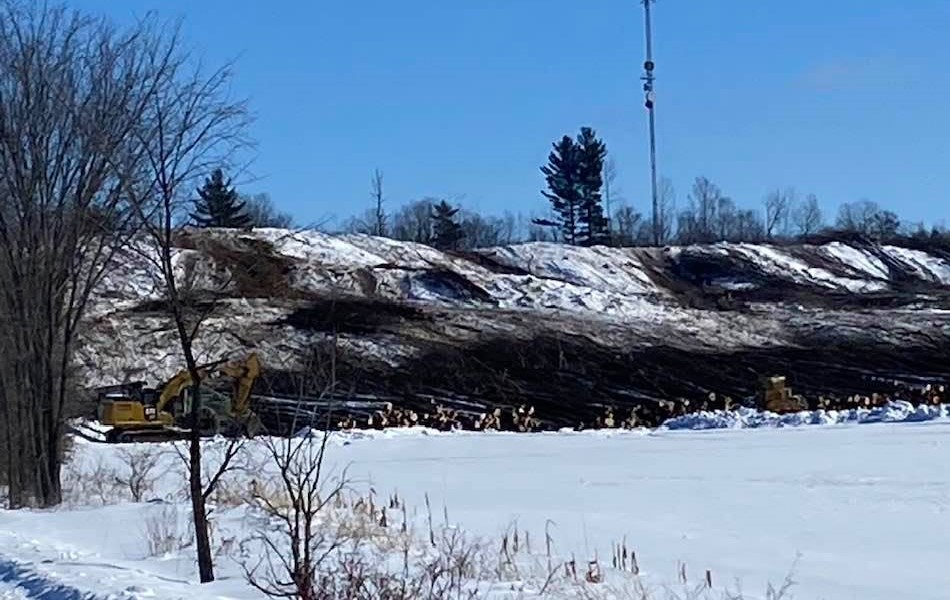 The Township of Alfred-Plantagenet is working on a forestry management bylaw, after being spurred by an online petition against clear-cutting.

Councillor Ian Walker, a proponent of the bylaw, will work with the township’s legal counsel and forestry engineer as the Environment Committee works on modifications to a proposed bylaw.

“The council is 100-per-cent behind me on this – there is good support and that’s good news,” said Walker, whose original proposed bylaw on the issue was rejected by council last year. “I hope that within a year we will have a bylaw in place.”

The online petition which spurred council to reconsider a clear-cutting bylaw was started on Change.org by high school student Eva Carroll. Carroll had been inspired by Plantagenet resident Leeça St. Aubin, who wrote recently on her Facebook page about a clear cut of trees on a ridge north of Pitch Off in the village. As of February 8, the petition had accumulated more than 1,200 online signatures of support.

Alfred-Plantagenet Township’s Environment Committee will revise the initial proposed bylaw with recommendations from lawyers and the township’s forestry engineer. Walker hopes to present an updated version of the bylaw to council in late spring or early summer.

St. Aubin, whose Facebook posts about the clear-cutting north of her home in Plantagenet inspired hundreds of comments, says she is pleased that township council is working to regulate the practice.

However, not everyone feels more regulation is the solution to proper forest management in Prescott-Russell.

“Most farmers are very responsible stewards of the land,” notes farmer Allen Booker, of Booker Farms in Curran, who believes the solution is education, rather than regulation. “There’s always somebody who is going to cut a gully or a slope, and you’re not able to farm that. As farmers we just have to be smarter – we can’t clear cut land that is not going to be able to grow crops.”

“But you just can’t restrict it. (Farmers are) being squeezed on both ends, because our property taxes keep going up and we have to have revenue to pay our taxes and bills.”

Like Booker, Scott Allen is a member of the Ontario Federation of Agriculture. The owner of Elmvale Farm in Vankleek Hill also believes farmers are restricted by too many regulations already. He believes landowners should be compensated for maintaining agricultural land as natural woodlots if forced to do so.

“If you want to leave land natural, then you pay the farmer or give them a tax credit of some sort to keep that land natural,” Allen says, noting he personally does not believe in clear-cutting of agricultural land, and feels the cost in most cases outweighs the potential crop revenue.

“I’m a big proponent of windbreaks and stuff like that – I don’t like cutting down every tree,” Allen notes. “There’s other things you can do with a nice Maple bush rather than planting corn and beans.”

“But it’s all up to the guy who owns it. He’s the one who has made the investment.”