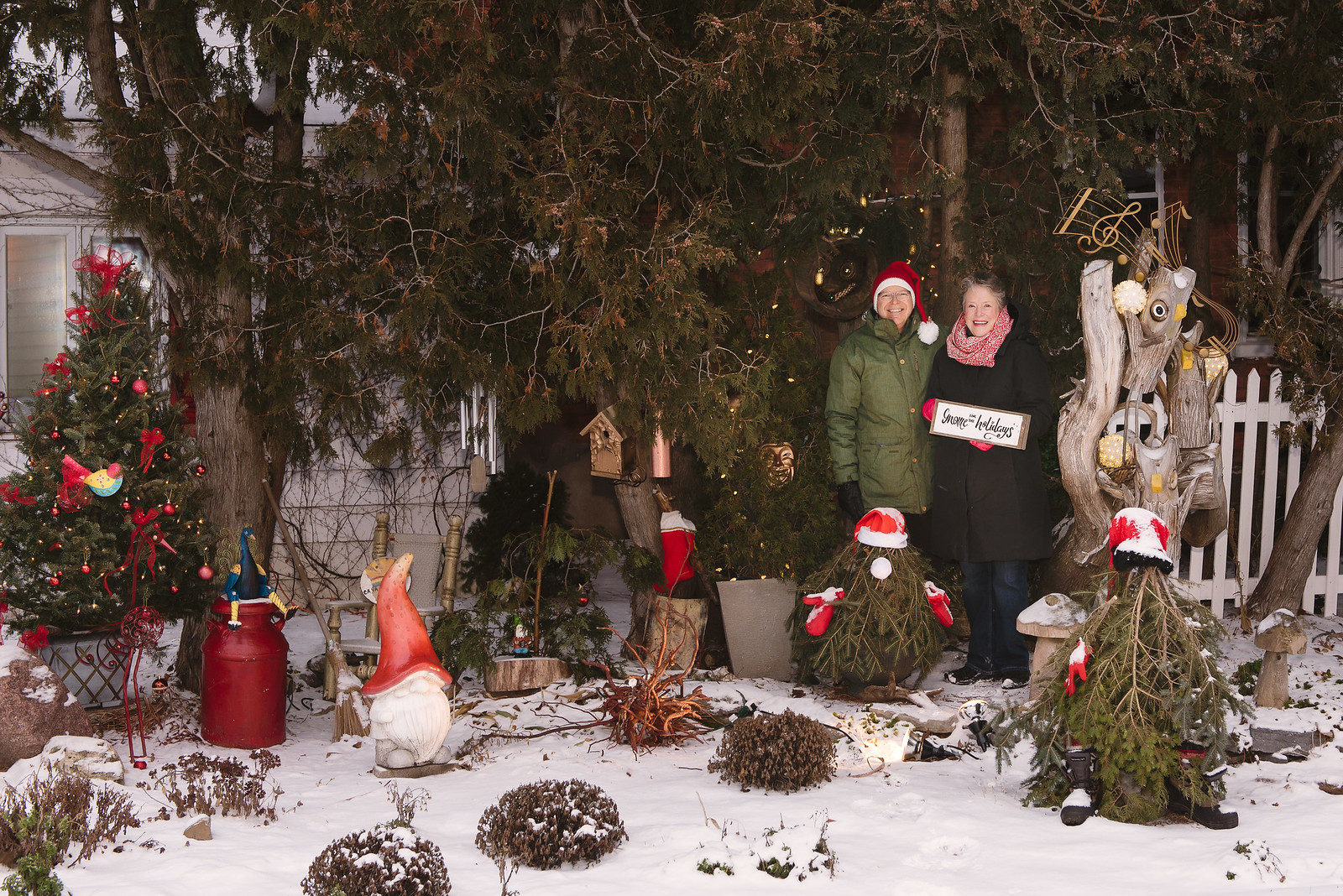 Reg and Rosemary Harden created an outdoor gnome display that is illuminated at night. They received the last nights needed to complete their display on December 24, thanks to a call from the Vankleek Hill Post Office. As part of their appreciation for small-town service, they are offering prizes as part of a gratitude haiku contest in January 2021. Photo: Jan Amell Photography

A Vankleek Hill couple is sharing their gratitude and inviting you to share your gratitude – in a poetic way.

“This year has been a trying one for all, difficult to manoeuvre through all the changes to our “normal” routines”, says Reg Harden of Vankleek Hill.

But he says that the glimpses of light, what he calls “lamp post” moments, have been there for him and for his wife Rosemary, all along.

“Most recently, the Christmas lights in Vankleek Hill are a shining (pun intended) example. The contest was simply brilliant as neighbours continuously competed to outdo each other in elaborate displays of their creative styles.”

It is that contest which is the lead-in to his story. Reg had ordered twelve LED lights to put along the fence bordering their Vankleek Hill home as part of the Winter Wonderland of Lights Contest. As Christmas neared, Reg gave up hope of receiving them.

“But at precisely 2:30 p.m. on December 24, I received a call from our local post office. I had a package that came in and they thought it would be something special. Sure enough, it was the LED lights. The people at the post office made my Christmas,” says Reg. “You have to love small towns and the small-town service that goes with it,” says Reg.

In the pouring rain on Christmas Eve, Reg installed the 12 LED lights on the fence which runs along the south and east sides of their corner property, completing his “light” display, which includes an illuminated assembly of gnomes.

This is where his thoughts of gratitude for small-town service intersected with the idea of whether or not their outdoor lights were worthy and deserving of notice.

Having read an article on gratitude and worthiness which suggested setting aside the idea of personal worthiness, or being worthy and deserving, with “gratitude,” the Hardens got an idea.

And now, for the gratitude challenge:

If you have ever written a Haiku, you know it has three lines. The first line must contain five syllables, the second line seven syllables and the third line five syllables.

The Hardens are inviting you to write a haiku by January 18, but here’s the catch: the second line must always be: Attitude of Gratitude (seven syllables). The three lines do not have to rhyme.

Review publisher Louise Sproule will judge the entries. You can email your haiku entries to her at: [email protected] by January 18, or drop them at The Review offices in the mailbox at the front of the building.