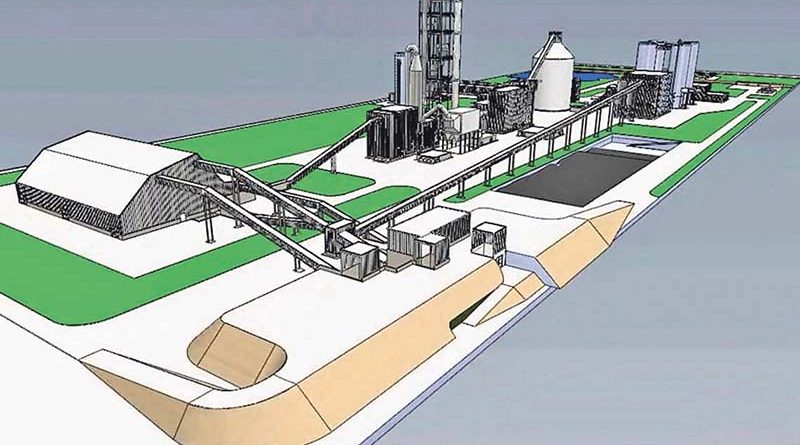 During the past week, the Local Planning Appeal Tribunal (LPAT) hearing continued into the 2017 decisions by the United Counties of Prescott and Russell (UCPR) council to approve an Official Plan Amendment (OPA), and by Champlain Township council to reject a Zoning By-law Amendment (ZBA) that would have permitted Colacem Canada to build a new cement plant at the site of the company’s existing quarry on Highway 17 near L’Orignal.

On Wednesday, November 18, Ronald Caza the counsel representing Action Champlain, which is the organization opposed to the cement plant, cross-examined James Parkin of MHBC associates, the firm which had prepared reports on both the OPA and ZBA.

Parkin said “Yes,” when Caza asked him if his studies had considered the potential for adverse environmental effects from the proposed cement plant.

“I rely on the reports that have been prepared,” he said.

“Why are we even having a hearing?” Caza responded, adding that other things had to be considered, including differences in the wording of the Ontario government’s Provincial Policy Statement on land use planning between the 2014 and 2020 editions.  The 2014 edition states that planners should ensure adverse effects are mitigated but the 2020 edition states planners shall ensure such effects are mitigated.

Parkin said he always considers the mitigation of adverse effects in his work no matter the wording of the policy.

Chris Barnett, the counsel representing Colacem, objected and said Parkin had given an adequate answer even if it was not the one Caza wanted.

On Friday, November 20, Action Champlain counsel Daniel Poliquin questioned physicist and acoustics expert Peter VanDelden of the firm RWDI.  VanDelden had been hired by Action Champlain to assess the cumulative effects study on noise that was performed by Golder Associates for Colacem.

“The site is wedged in by points of reception,” said VanDelden, referring to the various nearby structures that are considered reception points of noise from the site.

The author of that report, Joe Tomaselli, indicated that each dust collector unit or bag house on the site would have a sound level of 95 decibels, which is approximately the same as a gas-powered push lawnmower.

“To me, that’s incongruent,” said VanDelden.

He said a more powerful fan unit in a dust collector would be needed due to the volume of dust.

VanDelden also noted that industrial noise levels are not rigorously enforced by the Ontario Ministry of the Environment, Conservation, and Parks.

“The ministry’s capacity to police these things is very thin,” said VanDelden.

Bag houses collect dust.  Every 10 seconds, a pulse of air shakes the dust off the collection bags.  VanDelden said that the noise is like air brakes releasing on a heavy truck and has a sound level of approximately 118 decibels.  He said that it is not easy to mitigate noise from the air pulse and that silencers can get damaged or ice can accumulate on devices.

“I have yet to find a mitigation method that has worked,” said VanDelden.

On Monday, November 23, it was Barnett’s turn to question VanDelden.

Barnett was surprised when VanDelden informed him that a backup beeper on a truck or construction vehicle could produce 28 decibels of sound—the same as a jet engine.  VanDelden noted that different beepers produce varying amounts of sound and can be exchanged on vehicles.

Following the conclusion of Barnett questioning VanDelden, Poliquin began to question Brian Sulley, an expert witness on air quality, who was retained by Action Champlain.

Sulley said that the air quality should be assessed upon when the plant is in operation and not upon historical info involving the existing quarry, which had been done in Colacem-commissioned studies.

Sulley explained that emissions data for a 24-hour period should be averaged over an entire year.  He said that bag house emissions will be constant and not fluctuate with differing production levels at the plant.

He also contended that the study done for Colacem did not consider dust emissions from the quarry due to blasting, which will significantly increase because it will be supplying stone to the cement plant.

Sulley said there is insufficient data about what emissions from the cement plan kiln will be.  He said that the Tomaselli study also gave measurements in imperial tons rather than the current standard of metric tonnes, which he said means that any estimates on kiln emissions are about 10 per cent lower than they really could be.