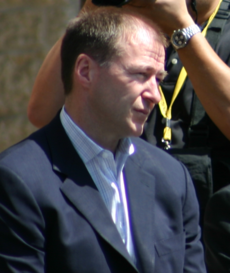 Lachute is the hometown of a hall of famer.

The councils of the town of Lachute and the MRC d’Argenteuil and the City of Lachute have each approved a motion congratulating Kevin Lowe, one of the 2020 inductees to the Hockey Hall of Fame in Toronto in honour of his career as a professional hockey player, coach, and director of the National Hockey League (NHL).

In a joint statement, MRC d’Argenteuil Prefect Scott Pearce, and Lachute Mayor Carl Péloquin, called Lowe a source of pride and an exceptional ambassador, not only for Lachute and the MRC d´Argenteuil, but for Québec and all of Canada.

Pearce and Péloquin also recognized Lowe’s contributions to the local community.  He has contributed items to auctions for the benefit of amateur sport and physical activity.

Kevin Lowe is among five hockey players inducted to the Hockey Hall of Fame in 2020.  The official induction ceremony is scheduled for November 16, 2020 in Toronto.

In 1976, Lowe joined the Quebec Remparts of the Quebec Major Junior Hockey League and was captain during his last season with the team in 1978-1979.  He was then selected in the first round of the draft by the Edmonton Oilers, during their first season as an NHL franchise.  During his professional career with the Oilers and then the New York Rangers, between 1979 and 1998, Lowe accumulated 432 points in 1,254 regular season games and 58 points in 214 playoff games.  He was part of six teams that won the Stanley Cup, and in 1990 he won the King Clancy Trophy.