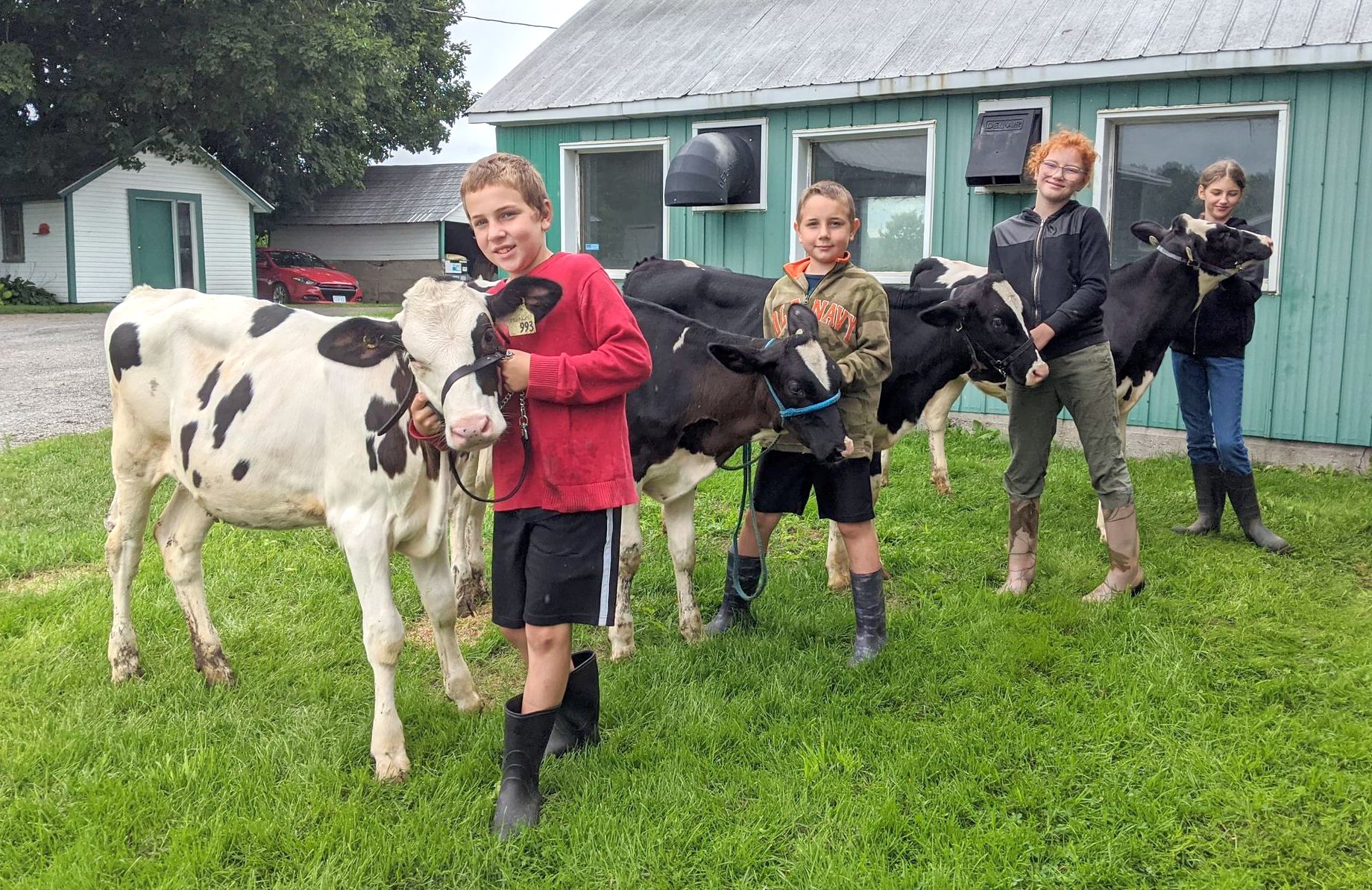 Although the cancellation of agricultural fairs in the region has impacted its membership and overall participation, the Prescott County 4-H Association’s Calf Club has carried on, thanks to online instruction and the dedication of the group’s leaders.

“We’ve been trying to run (calf club) online mostly, so we work with the kids at home and they have work to do on their own and the meetings we do online,” said Morgan Overvest, a leader with the local 4-H association. “We’ve created a private Facebook group and give them activities to do or post some videos for them to watch and then they have to ask questions or comment on something they’ve learned.”

The leadership group of the Calf Club – which includes Overvest, along with co-leaders Amanda Cowan and Kelsey Mode – attempts to stick to the same topics which would be taught at in-person 4-H meetings. The format has worked well, but while the club has been able to continue on-line, the cancellation of the summer fairs at which 4-H members can show their calves in competition has significantly affected overall membership in the group.

“We did lose a lot of members this year with this new format,” Overvest noted. “Most of the kids are in it because they love to show and they love to go to the fairs. They’re also competing for a spot on our Royal team to go to Toronto in November, so when that got cancelled a lot of the senior kids just dropped off for the year, which we kind of expected.

“We started the year with 15 members in our club and we’re going to finish with eight or nine. Normally we would have 20 to 25, so it’s a slow year for our club, but we’re trying to keep some of those younger kids keen so that they come back next year and hopefully get to some shows.”

One of the challenges in holding the 4-H calf club online is that membership dynamics in the group has changed over the years, with more participants coming from urban areas, rather than farms where they could train their own calves.

“When I was in calf club, most of the kids were from farms, so you picked a calf from your own farm and you trained it – it was easy,” Overvest observed. “Now, the large majority of our members aren’t from a farm, so they have no access to calves.”

To that end, calf club leaders have been hosting members at their own farms and providing them with calves to train. One family with four children in the club has been coming to the Overvest farm several times a week to work with their calves.

“It brings them together and gives them the chance to learn with other like-minded people,” said proud father Patrick Gee, of the benefits the calf club program has provided for the four siblings. “Our kids love animals, they love being on the farm, they love nature and this really brings them together where they have a common goal. 4-H has really helped them and it teaches them responsibility.”

The determination of the local 4-H calf club leaders to continue their programs despite the cancellation of the annual fair competitions has been greatly appreciated by the family, who live in Maxville and do not have livestock of their own.

“To pay back their generosity we make (the kids) clean up,” Gee laughed. “It’s not just taking care of the calf; it’s taking care of the farm and doing whatever we can to make their lives easier, because they are doing a lot for us. It’s so good for the kids – I would recommend anyone who has the slightest interest to come and try it.”

The Prescott County 4-H Calf Club will wrap up its 2020 season with an achievement day in the next couple of weeks to coincide roughly with what would have been the date of this year’s Riceville Fair. To ensure social distancing, group leaders this year will visit the farms where the members have trained their calves and judge each one individually.

“We were going to try to do a socially-distanced show, but instead we’re going to judge the kids at their farms, Overvest said. “We’ll go to the farms and we don’t need to get close, so we can take videos and pictures of the kids showing and then we’ll do our placings.”

“We feel the kids have done the work to train the calves and they deserves to be able to show them off and earn some prizes.”

Anyone wishing to join or obtain more information on the Prescott County 4-H Association can visit the group’s Facebook page. 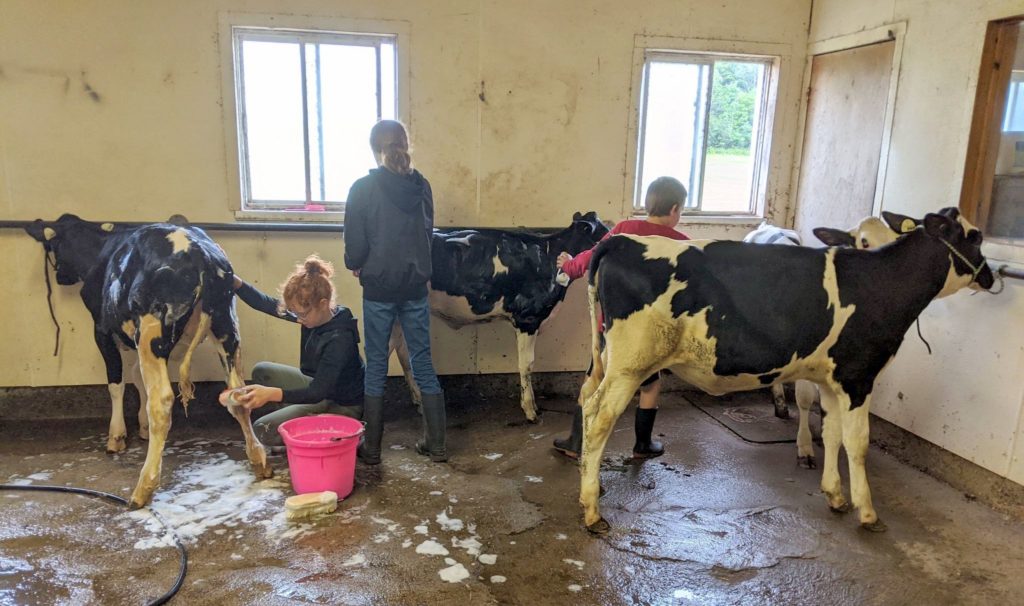 Members of the 4-H Calf Club learn how to care for their animals and all aspects of farming.