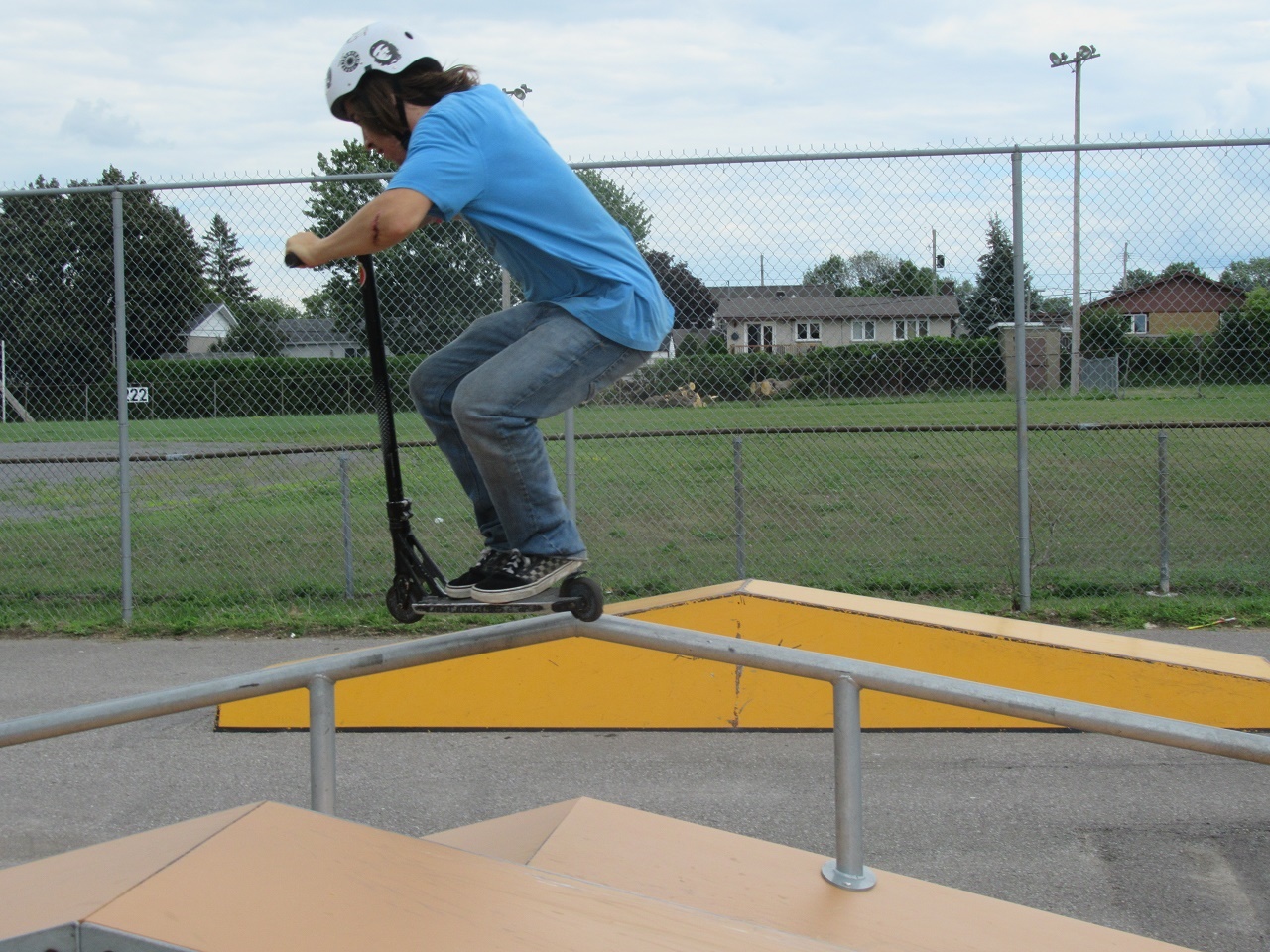 A skateboarder at the skateboard park in Hawkesbury. Photo: James Morgan

Prescott and Russell counties, along with all of Eastern Ontario are included in the stage three level of COVID-19 restrictions that took effect on July 17.  That means skateboarders can enjoy local skateboard parks and that after months of staring longingly at cordoned-off swings and slides, children can enjoy playgrounds again.

Under directions from the Eastern Ontario Health Unit (EOHU), all skateboard parks within its jurisdiction were closed, including the one in Hawkesbury behind the town hall and at Samuel Reilley Park in St-Eugène.

St-Eugène resident Patrick Schnell was not pleased about the closure of the skateboard park while splash pads, bar and restaurant patios, and skateboard parks in other jurisdictions were open.  He said that his two teenaged sons felt discriminated against and criticized the EOHU’s decision as “arbitrary and discriminatory.”

However, the EOHU published a list stating that outdoor recreational facilities and activities, including playgrounds and play structures, would be open as of July 17.  Skateboard parks are included in that definition.

On Monday, July 20, EOHU Medical Officer of Health Dr. Paul Roumeliotis said that the sports and recreation sector, including municipal recreation departments, have had the most questions in recent days as stage three began.  The municipalities and businesses want to make sure they are following the rules properly.  Roumeliotis said that the health unit’s dedicated “sports desk” has been busy answering questions and providing instructions.