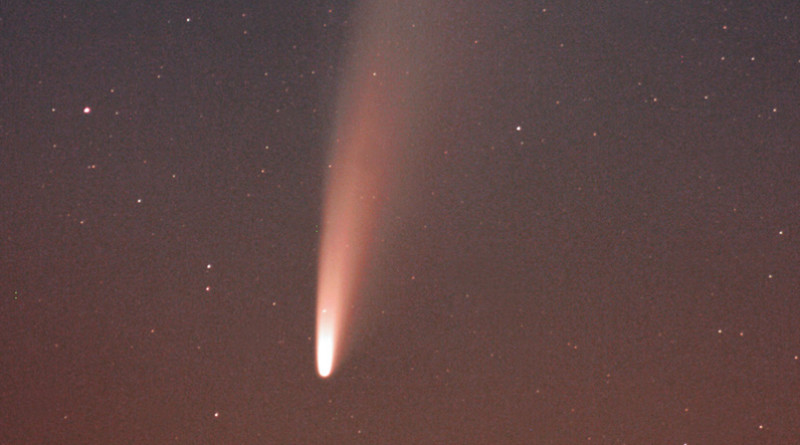 A bright comet is now in the evening sky and you can see it without a telescope. Comet F3 (NEOWISE) has been a fantastic object in the early morning pre-dawn sky but will be well placed below the Big Dipper to see and photograph over the next couple of weeks and hopefully into August. I have been following and imaging this comet since the first week of July and could see it even without binoculars (naked eye).

The comet was discovered on March 27, 2020, by the NEOWISE space telescope as it looks for near-earth objects that could potentially impact our planet. Measuring a little more than half the height of Mount Everest, this object falls into the category of a “once in a decade comet”.

Every year astronomers both amateur and professional observe 5 to 10 comets with telescopes. In most cases, they show a green nucleus from the sublimation of frozen chemicals such as ammonia and others. The extremely faint tail is seen when photographed but all comets are different in composition and appearance as Neowise does not appear green. The last bright comet that was visible to the naked eye for the whole world to see was Comet Hale-Bopp in 1997. And like Neowise, it too had a blue ion or gas tail and a fan-shaped dust tail created when comets round the sun as this one did on July 3 at a close distance of 43 million kilometres. 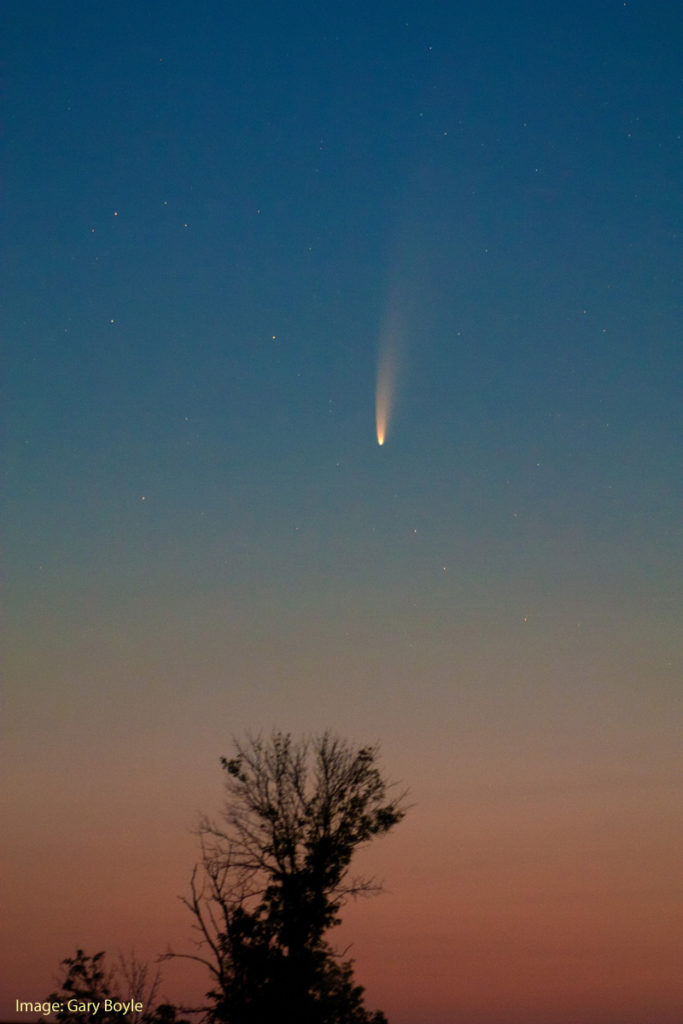 Neowise will be closest to earth on its way out of the solar system on July 22 at a safe distance of 103 million kilometres and will be starting to fade with a shortening tail as it retreats from the sun’s heat and back to the icy depths of space. Comet Neowise originates from the Oort Cloud, where long-period comets reside and will return close to 6,800 years from now. Halley’s Comet is a short period comet originating from the Kuiper Belt. Along with this chart of the comet’s path, many smartphone astronomy apps will also guide you to our celestial visitor. Enjoy this spectacular comet every chance you can as you never know when the next bright will come to visit. 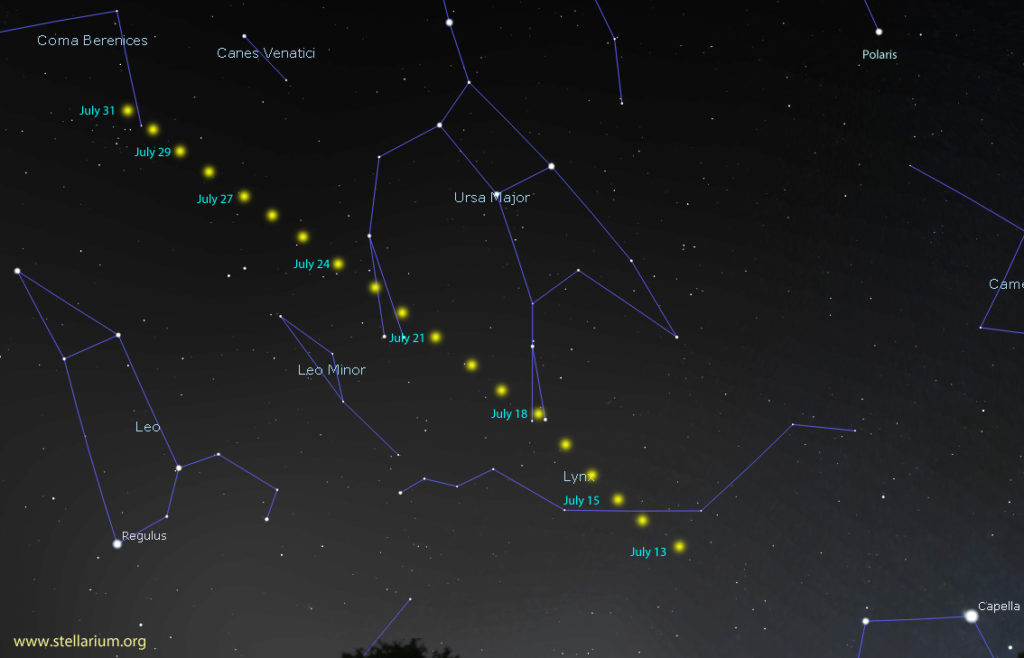 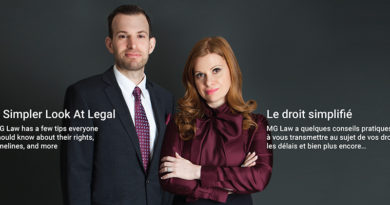 A Simpler Look at Legal 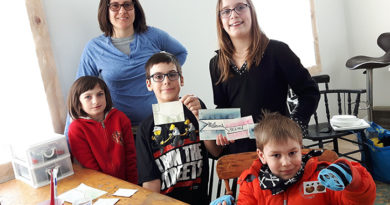 Art classes for children and youths in Vankleek Hill 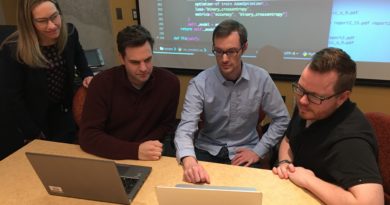