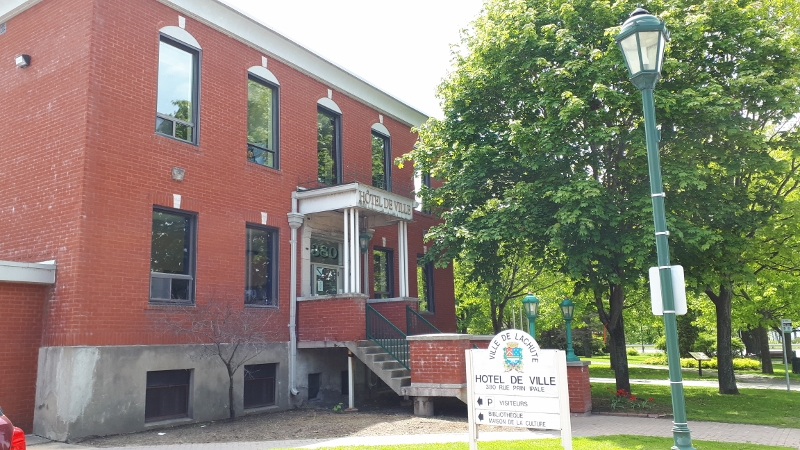 The town of Lachute is taking a decision by Québec’s labour relations tribunal to court.

In January 2015, the town terminated the employment of its then-Director-General Pierre Gionet and Secretary-Treasurer Nathalie Piret.  Gionet was also the Secretary-Treasurer of the Régie intermunicipale Argenteuil-Deux Montagnes (RIADM) and the Régie d’assainissement des eaux usées de Chatham/Lachute (RAEUCL), two local intermunicipal agencies that regulate shared services between municipalities.  Piret was also responsible for the finances of the RIADM and RAEUCL.  The dismissals resulted from a relationship between the two administrators that council believed was negatively affecting the functions of the municipality and the two intermunicipal organizations.  Concerns arose over alleged problems with general staff relations, the use of vacation time, and the alleged use of public funds for expenses including vehicle repairs and hotel rooms.

On June 25, 2020, Administrative Judge Anick Chainey of the Tribunal administratif du travail ruled that there was not sufficient proof of mismanagement or actions that could irreparably harm the credibility of the municipality and the two agencies.  Chainey stated that the lack of proof of the allegations made against Gionet and Piret affected their credibility and honesty.

Chainey ordered that both Piret and Gionet be reinstated to their positions with the town of Lachute and the related agencies within eight days.

However, Lachute council met on July 2 and decided to challenge the tribunal’s decision in Québec Superior Court.  Mayor Carl Péloquin, who has served as Mayor since 2013, said the town has hired the Montréal law firm DHC Avocats to prepare the legal challenge.  Péloquin explained that council has also directed its lawyers to seek a delay of the requirement to rehire Piret and Gionet within eight days.

“Generally speaking, we had a bad lack of confidence,” said Péloquin about the circumstances that led to the dismissal of the two administrators five years ago.  The mayor said he is “very dissatisfied” with Judge Chainey’s ruling and said there are factors she did not consider in making her decision.

“We weren’t able to have that,” he said about the situation before the dismissals.

Péloquin said that the relationship had side effects on the roles of municipal staff.

The law firm hired by the town will take six months to prepare a case file challenging the tribunal ruling, which will be deposited in superior court.  Péloquin said it will likely be at least a year before the court begins hearing the case.