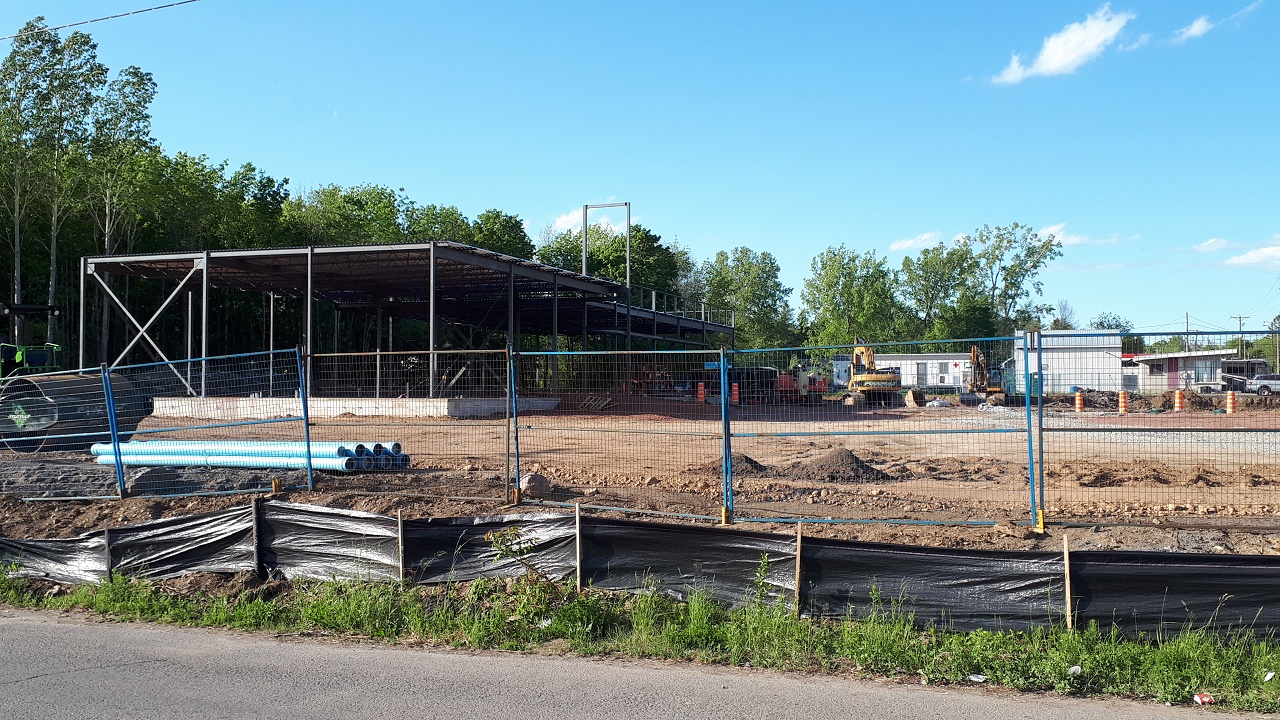 Big Mac’s and Chicken McNuggets are coming to Grenville. A new McDonald’s with a depanneur and Petro-Canada gas station is being built on rue Maple/Route 344 next to the IGA store. Photo: James Morgan

The golden arches and a new gas station will soon be added to the strip of commercial establishments along rue Maple/Route 344 in Grenville.

A new self-serve Petro-Canada gas station, depanneur, and McDonald’s restaurant is currently under construction on the property between the IGA store and the Auto Grenville used car lot.  The property was formerly home to the Grenville-sur-la-Rouge municipal office building, which was originally an office building for Canadian International Paper (CIP) during its heyday in the region.

The land has been owned by a private developer since Grenville-sur-la-Rouge moved to its present municipal administration building in Calumet.  More recently, a billboard at the site invited interested parties to call a number if they were interested in opening a Planet Poutine franchise at the site.

Grenville village Mayor Pierre Thauvette said that the McDonald’s will have a drive-through service and indoor tables for whenever COVID-19 emergency measures subside and eating inside restaurants is allowed again.

Thauvette said that he believes the new development will be a good addition to the village.  Rue Maple is a high-traffic route due to it connecting the Long Sault Bridge and Hawkesbury with Autoroute 50.

According to Thauvette, efforts to develop the property began under the direction of late Grenville Mayor Luc Grondin, who died in 2018.

Thauvette said there was no opposition from other business owners in the area about the new McDonald’s, Petro-Canada, and depanneur.

The Grenville Food Bank is providing its clients with their items through curbside pickup right now, outside its building in the former post office, which it moved into in March.  Each Thursday, clients and delivery vehicles park outside the building so that orders can be collected.  Thauvette said that there were some concerns with parking and traffic on Thursdays when the pandemic began and the Sureté du Québec was contacted.

Thauvette said that the safety concerns have been resolved and things are going much better with traffic and parking around the food bank on Thursdays now.