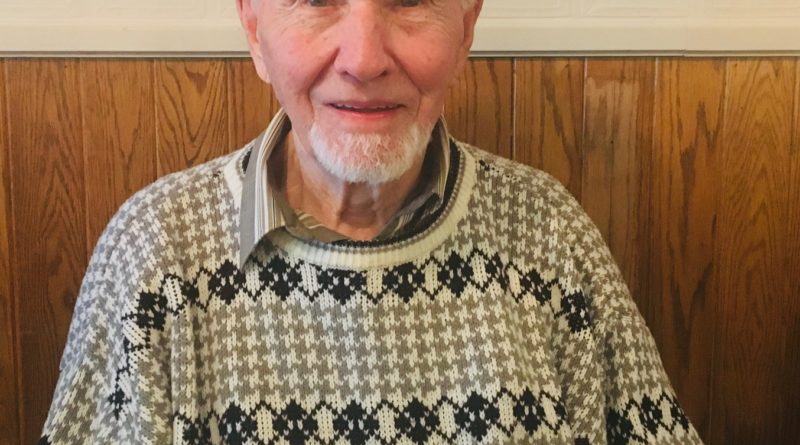 Throughout my 45 years of existence, I have met some pretty remarkable individuals.  However, few have affected me as profoundly as the 95-year-old man you’re about to meet.

In 1942, 18-year-old Herbert Scherer was drafted into the German army and shipped to the Eastern front as an infantry soldier.  A year and a half later, he was captured and sent to the death camps of Siberia.

As he shared his heart-wrenching story of cruel deprivation, unimaginable suffering and oppression, his eyes and countenance would occasionally brighten as he recalled what he believes to be the secret to his survival.

Mr. Scherer was not part of the special forces, nor did he have any super-human abilities that allowed him to dodge the onslaught of bullets coming down like rain.   “God was my hiding place and his faithfulness was my shield,” said Scherer.

Toward the end of our deeply moving conversation, I asked Mr. Scherer if there was anything specific he wanted to share, and this was his response: “The most important day of my life was not when I got married, or when I was released from the war, but it was the day I met Jesus Christ as a child,” said Scherer.  “I had nothing to give God, so I gave Him my life and offered Him my friendship.”

“Life is but a vapor,” Scherer said.  “Our savings, comforts and material possessions can’t save us and are futile in light of eternity.  This generation strives to fill a void with things that never satisfy, and contentment is but a luxury for most.  It’s in knowing God personally, that we never thirst again.”

Mr. Scherer is 95 years young with the sharpness and stamina of an 80-year-old.  “I don’t drink or smoke.  I eat reasonably, stay active and I even chopped my own wood as long as I could,” said Scherer.  “I don’t believe I am here because of my healthy habits, but because God kept me alive and as a result, I am not shy to testify!”

“I have very few days left on this earth, and I’m ok with that, because I know where I am going.  He has prepared a place for me,” said Scherer with confident assurance in his eyes.  “When you are in the thick of the battle, (which was literal for him), you don’t always remember God, but He is always there with you.”

15 years ago, Mr. Scherer wrote his extraordinary story.  His book is available for purchase by calling Melanie Willard at 613.363.6009. 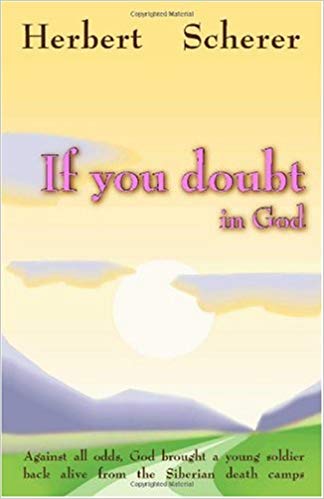