Junior A Hawks sweep the week 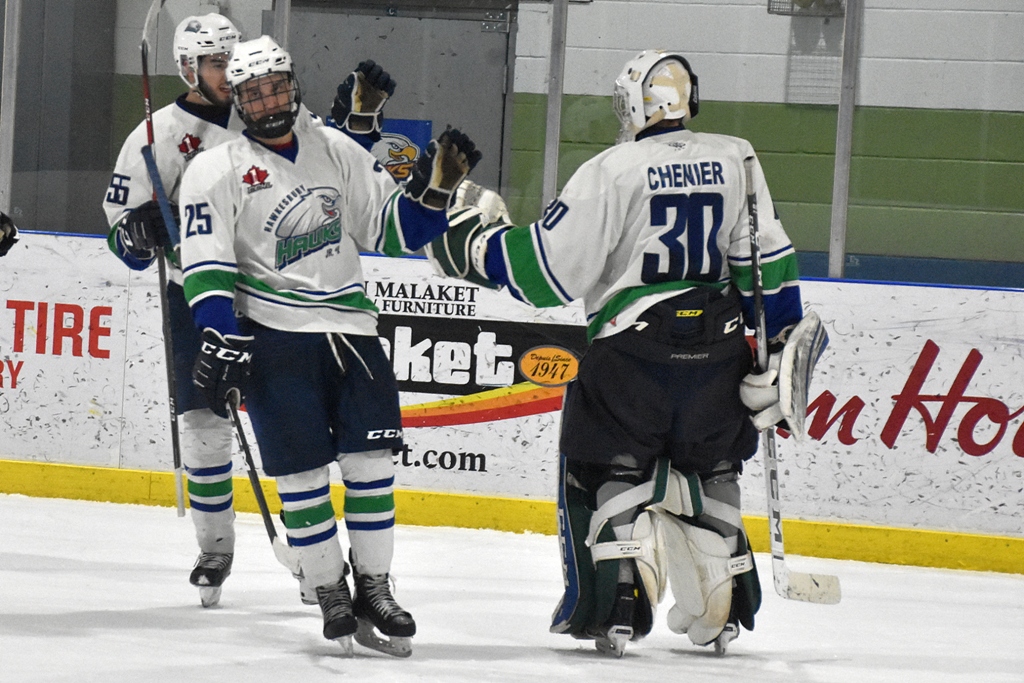 Hat trick and the first star for #25 Dovar Tinling last Friday night as the Hawks defeated the Nationals 5-2 while goalie Mathieu Chenier earned the 2nd star with 41 saves on 43 shots at him. Photo: Sylvain Lauwers

The Hawkesbury Hawks Junior A hockey team won last week’s four games, defeating the Cornwall Colts twice (2-1 and 4-2 victories), then on Friday, February 14, the local team soared past the Rockland Nationals 5-2 and completed the week with an overtime win against Carleton Place.

Goalie Zach Johnson was named Hawks Player of the Week as the team won the 3 games in which he was involved. Dovar Tinling (#25) had a hat trick on Friday night scoring 3 goals in-a-row against Rockland while Mark Cooper got the game’s first star on Sunday as he scored in overtime giving his team the win.

As of today, the Hawkesbury Hawks stand strong at the CCHL Yzerman division second row with 66 points. The action will resume on Friday night February 21 as the Nepean Raiders will visit the Hawkesbury Hawks Jr A a the Robert Hartley Arena.  Text and pictures by S.Lauwers 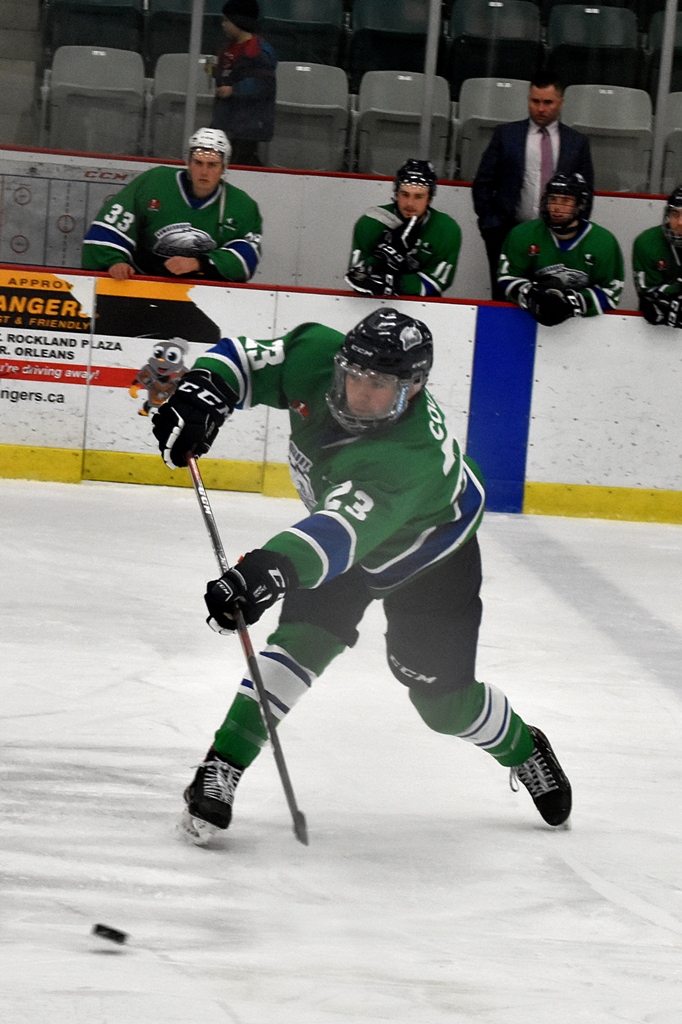