“No special secret” to 58-year marriage 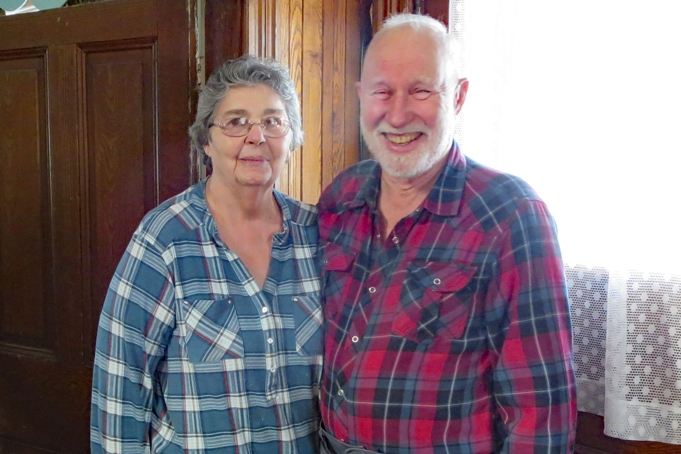 Jean and Bill Franklin say marriage and farming are both joint efforts.

Bill Franklin remembers precisely how he met Jean, his wife of 58 years.

“It was on the train from Alexandria to Ottawa,” says Bill. “I was going to teachers’ college then, and Jean and her roommate were doing the same.”

Franklin noticed the two women, one blonde and the other brunette. He dated the blonde for a while, but ended up marrying the brunette—Jean.

Bill, now 79, and Jean, 78, both became teachers. In the first 12 years of their marriage, they moved ten times.

“In those days you went where the jobs were,” says Bill. Teaching jobs took them to various communities throughout Ontario, and as far away as northern Alberta.

Their itinerant life came to a halt in 1972, when they bought Bill’s grandfather’s farm. They’ve lived on the farm ever since, expanding their landholdings from 100 to 500 acres.

From their farm near Laggan, Bill commuted to his teaching job with the Ottawa-Carleton District School Board, until his 1997 retirement. (He later served as a North Glengarry councillor for one term and as mayor for two terms, ending in 2006.)

There were more teachers than available jobs in 1972, so Jean left teaching when they settled on the farm. For 25 years, Bill was a weekend farmer while Jean kept things going all week long—from making clothes and preparing meals, to driving tractors and picking stones.

Both Jean and Bill were farm kids, and they knew what to expect. They were married 17 years before they took their first holiday: a family vacation to PEI.

For many years, the Franklins and several other couples took turns hosting poker games on Friday nights. They all brought their kids with them so nobody needed a babysitter.

When their first child was born, the Franklins unplugged the television set and put it up in the attic for eight years. Even back then, the Franklins realized that too much screen time was mentally numbing.

“Our kids learned to read,” says Bill, “and they learned to interact.”

The Franklins have three children, and seven grandchildren. None has taken up farming, and Bill is okay with that.

“We did our thing, and we let them do their thing.”

Bill doesn’t think there’s any special secret to being married for close to six decades.

“The expectation in those days was you get married, and you stay married,” says Bill.

One solid practice the Franklins have is that neither of them makes a decision on their own—they both have input.

“Whatever we do, whether it’s buying land or taking a trip,” says Bill, “it’s discussed.”

Both Bill and Jean remain active on the farm, and have no intention of retiring.

“If you want to retire, it’s usually because you want to do something else,” says Bill. The Franklins have planted over 58,000 trees on their properties, and Bill spends much of his time working in the bush.

“We haven’t got a complaint in the world,” says Bill. “Life is tough but good.”