Chronic Wasting Disease has a long life in the natural environment 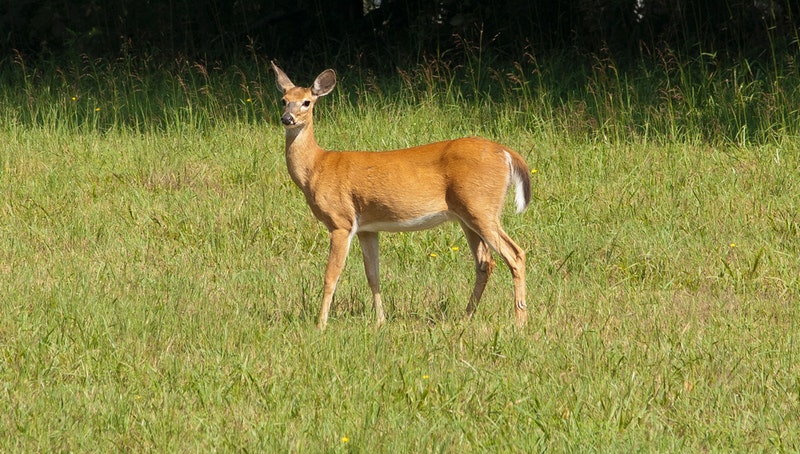 Chronic Wasting Disease (CWD) is difficult, if not impossible, to eliminate.

The debilitating neurological disease that leads to death in deer and other cervid animals was found on a domestic deer farm in Avoca in the fall of 2018.  The Québec government recently reported that efforts to prevent the disease from spreading to the wild whitetail deer population have been successful.  The measures taken by wildlife management authorities included the creation of an enhanced management area in the Laurentide and Outaouais regions where hunting regulations were relaxed in order to reduce the deer population.

However, it is impossible to completely remove CWD from the wild, if it is there.

The microscopic prions that contain CWD can remain infectious for several years in the natural environment, according to the Québec Ministère des Forêts, de la Faune, et des Parcs (MFFP-Ministry of Forests, Wildlife, and Parks).  A statement from Press Relations Representative Catherine Ippersiel explained that the longevity of the CWD prion is unknown, but the prion for Scrapie, a similar disease that affects sheep, has been found to keep living for more than 16 years.  Plants can absorb the CWD prion from soil contaminated from contact with infected deer or their feces, urine, or blood.  The plants absorb the prion and can transfer the disease to other deer who eat the plants.

The incubation period for CWD is long.  According to the MFFP, it usually takes 16 to 36 months infected animals to show signs of having the disease, and testing has generally been ineffective at detecting CWD in animals infected for less than 12 months.  In the region surrounding the Avoca farm, the MFFP will be continuing to maintain a low-density deer population, continuing enhanced surveillance to detect any emergence of CWD in the natural environment, and maintaining or improving measures to prevent new cases of the disease.  For example, there are already regulations on moving or possessing certain parts of deer slaughtered near the affected farm.

Wildlife Biologist Dr. Keith Munro confirmed assertions made by the MFFP and supported the measures it has taken.  Munro works for the Ontario Federation of Anglers and Hunters (OFAH), which represents recreational hunters and fishers across the province.

“We don’t actually know how long it lasts,” Munro said in reference to the longevity of the CWD prions in the environment.  He said there is no effective way of removing CWD from the wild landscape.

Munro said the response by authorities in Québec was important in order to prevent the cases of CWD in domestic deer from spreading to wild whitetail deer.

“If you have any cases, you have to respond really quickly,” he said.

CWD was first detected in 1967, and there has never been a case in wild deer in Ontario.  However, mule deer at the Metro Toronto Zoo died from an unspecified disease in the 1970s.  Samples of tissue from those deer were re-tested many years later and found to be CWD.

Domestic deer farmers in Québec are subject to all of the same animal welfare and accreditation regulations as other farmers are under provincial law.  Municipalities can however regulate domestic deer farming using local zoning laws.  In 2019, Grenville-Sur-La-Rouge effectively made deer farming impossible by limiting it to a very small portion of the municipality and requiring deer to be always inside a barn.

The Ontario Ministry of Natural Resources and Forestry created a new CWD program in December 2019, using input it received from the OFAH.  It restricts the movement of live, domestic cervids in Ontario.