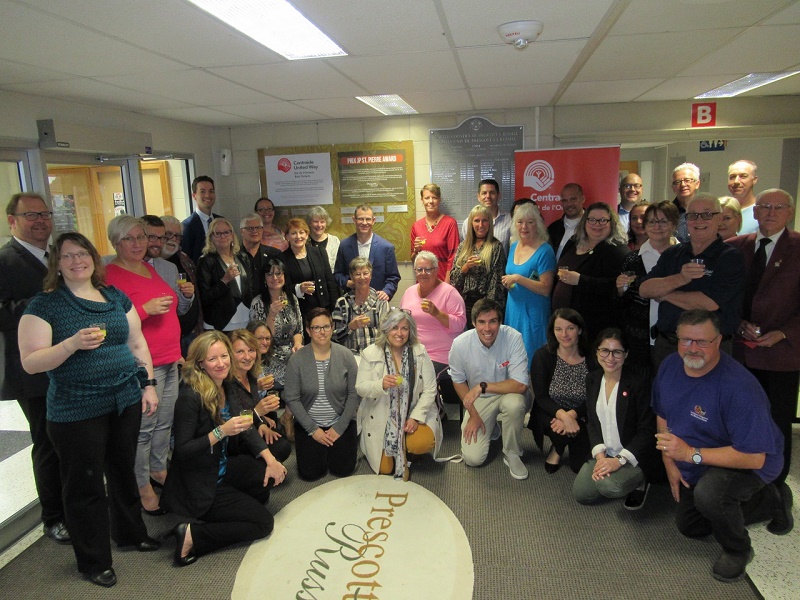 The United Way is strong in the United Counties of Prescott and Russell.  On September 24, United Way East Ontario officially revealed its new name and a permanent home for plaques honouring its award recipients.

United Way East Ontario is the result of efforts that began in 2017 to merge the United Way organizations in Prescott-Russell, Ottawa, Lanark, and Renfrew.

Two new plaques were unveiled in the lobby of the United Counties of Prescott-Russell administration building in L’Orignal containing the names of past, present, and future recipients of the J-P St-Pierre Award and the La Lumière Award that the United Way presents each year to citizens considered to be community builders who advocate for the social well-being of the region.  The J-P St-Pierre Award is named after a late Mayor of Russell Township and former Prescott-Russell Warden who died in 2014.  The La Lumière Award was established in honour of the late Lucie Brunet.  The plaques at the counties building are part of a series of Walls of Inspiration that were unveiled across the United Way East Ontario territory on September 24.