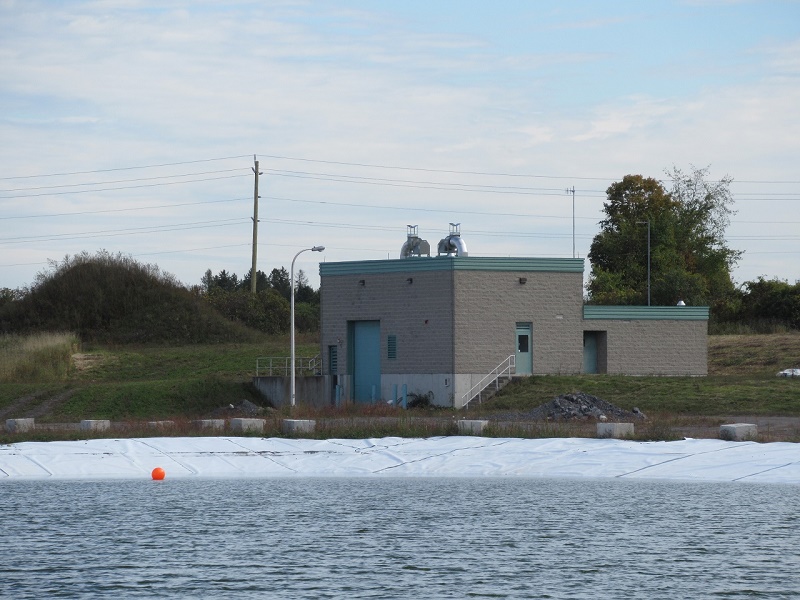 Although it is keeping the specifics confidential, Champlain Township council is worried about the variable quality of wastewater it is discharging into the Vankleek Hill lagoon system. Treated wastewater is released into the six-cell lagoon system where residual waste is further broken down, thanks in part to bacteria, in the series of lagoons – or holding ponds – before being released a few times per year into the Little Rideau Creek before making its way to the Ottawa River.

The township could face fines if the situation doesn’t change.

A report on the matter was distributed to councillors at the October 2 committee of the whole meeting, but Champlain Township Mayor Normand Riopel asked that it remain confidential. Riopel would not identify the company associated with the problematic wastewater.

In the draft minutes of that committee of the whole meeting, it is stated that, “the township has been working with the local company to find a solution to reduce the high-strength discharge from its production facility. The company in question has invested a lot of time and money into an in-house pre-treatment system; however it has not yielded the desired results. Everyone is working together to find a solution to protect the infrastructure and ensure that there is no impact on the effectiveness of the treatment process and that the Township remains in compliance with the seasonal Lagoon discharge effluent limits outlined by the Ministry of Environment, Conservation and Parks. Moving forward, the Ontario Clean Water Agency (OCWA) will continue to take weekly samples from the company’s production facility in order to monitor and ensure that their discharge is being fully treated and is in compliance with the by-law prior to being released into the municipality’s waste water collection system.”

At the council meeting, Riopel said that the situation is especially frustrating after $9.2 million was spent a few years ago to upgrade the treatment plant and lagoons. The township paid for one-third of the wastewater treatment plant upgrade and the provincial and federal governments each paid for the other two-thirds of the cost.

Like the town’s drinking water system, the wastewater treatment system is supervised by the Ontario Clean Water Agency (OCWA).

Councillor Jacques Lacelle asked if the municipality would face a fine for the quality of the effluent it was releasing.

Riopel said that if the township was fined, it would have to ask the business in question to assist with the payment.

“We are very, very concerned. It’s a big issue,” said the mayor.

He added that a meeting nearly two months ago with the business did not lead to any success.  The company has however made attempts to resolve the situation, which dates back to 2017.

Despite the situation, Public Works Director James McMahon did say that the wastewater treatment plant is currently in compliance.

McMahon said that when the plant was upgraded, it was built to withstand more capacity (volume), but the quality of what is being sent to the plant from one company is hard on the plant’s equipment.

OCWA continues to monitor the situation.

Councillor Sarah Bigelow noted that the municipality’s discharge did not meet provincial requirements in 2017-2018, but it was within the limits for 10 weeks in 2019.

This article was written by James Morgan, with updates by Louise Sproule.