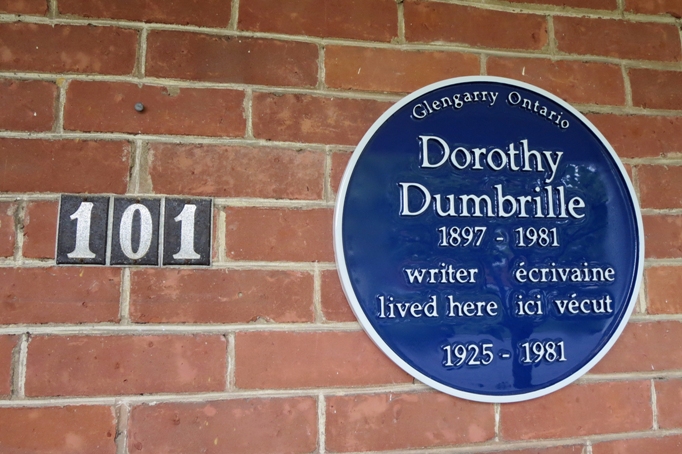 Dumbrille’s is the first marker in Alexandria recognizing a local home’s historical connections.

A plaque honouring former Alexandria resident Dorothy Dumbrille was unveiled Tuesday, September 3. Dumbrille, an accomplished author and poet, lived at the house at 101 Centre Street for over fifty years, until her death in 1981. Dumbrille was married to school principal J.T. Smith, but she used her maiden name in her professional life. 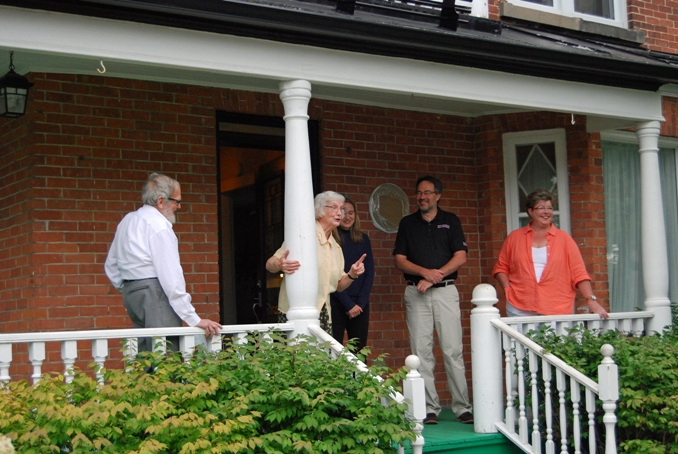 The plaque was arranged by North Glengarry’s Arts, Culture and Heritage Committee, following a suggestion by Alexandria resident Gabrielle Campbell. Campbell recently arranged a CD of Dumbrille’s poems set to music. The Celebrating Dorothy Dumbrille CD, featuring local musicians, was launched earlier this summer. At the plaque’s unveiling, Campbell praised Dumbrille as a passionate writer, who left her mark on Alexandria. 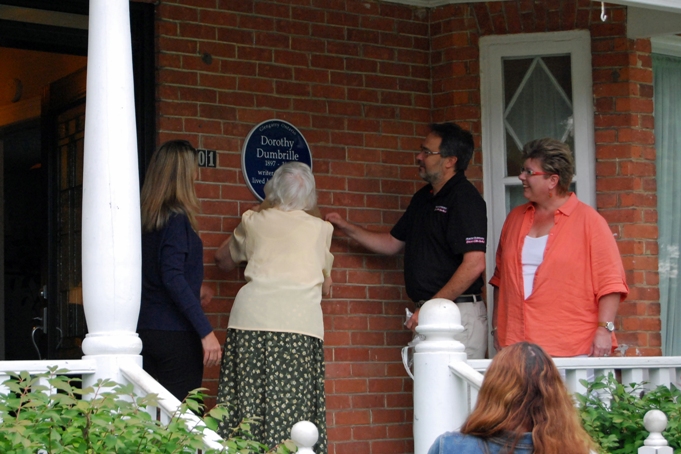 The house on Centre Street is now owned by John and Moira van Nooten, who have lived there for five years. The handsome historical marker is the first of what North Glengarry Township hopes to be several such plaques. The Arts, Culture and Heritage Committee is open to receiving suggestions for other plaques to grace the former homes of notable historical figures. 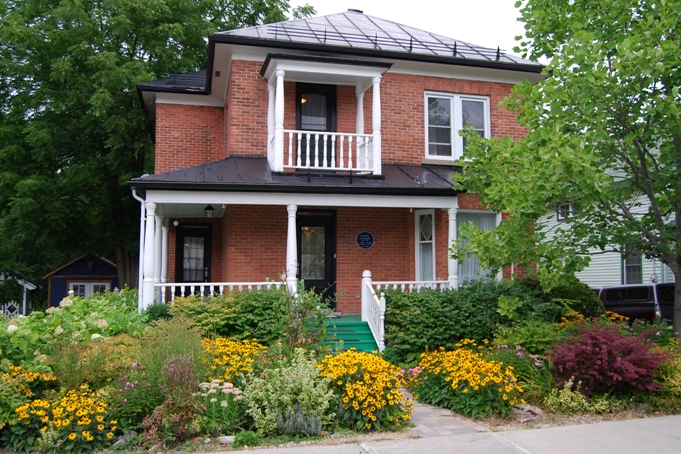