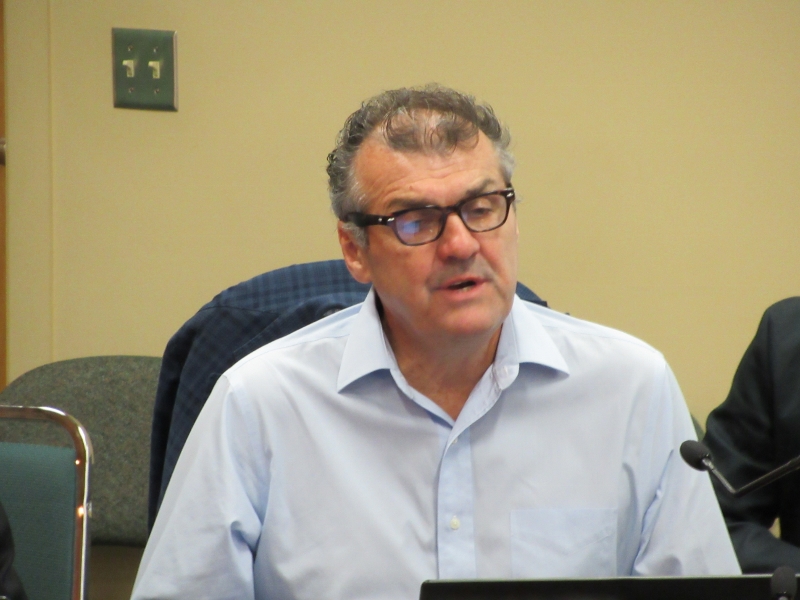 Imagine fueling your truck with garbage.  A Nova Scotia-based company is turning garbage into fuel products, and representatives of it shared their vision with United Counties of Prescott and Russell (UCPR) council on June 26.

UCPR Chief Administrative Officer Stéphane Parisien and Chief of Staff Justin Bromberg discovered Sustane Technologies at the recent Federation of Canadian Municipalities (FCM) convention in Quebec City and decided to invite its representatives to make a presentation to council.  Other municipal councillors and staff from UCPR municipalities also attended the presentation.

Sustane Vice President of Sales and Government Relations Kevin Cameron said many other technologies to reprocess waste are unaffordable and need large government subsidies to operate.

“We are diverting 90 per cent of what would be currently going in your landfill,” said Cameron.

Through an intense shredding and heating process, the waste is processed into biomass fuel pellets, or is fractioned into diesel fuel or kerosene that can be used for heating or vehicle fuel.

Richardson first saw the process at work at a plant in Madrid, Spain.

Cameron said it does not have to be separated.  He said that the tipping fees Sustane charges municipalities are based on the tonnage of the amount being supplied to the company.

He noted that technologies like the ones his company is using have gained more attention lately since China and India have stopped taking recyclable plastic from Canada.

The Sustane process also reduces methane output from landfill waste by 90 per cent.

Russell Township Mayor Pierre Leroux asked if Sustane accepts industrial, commercial, and institutional or “IC&I” waste.  Cameron said they are accepting it at the Chester facility.

Leroux also asked if existing landfill sites can be mined for waste.  Cameron said that is also possible.

“Is there a financial advantage to the municipality in such a deal?” asked Desjardins.

Cameron said municipalities can own a stake in a processing plant if they are interested. The Chester plant is on land leased from municipality.

Hawkesbury Councillor Antonios Tsourounakis was in the audience and asked about how long it would take to get a facility running locally.  Richardson said it would take two to three years.

“Do you have any experience dealing with the Ministry of Environment in Ontario?” asked La Nation Mayor Francois St-Amour, who said the ministry is difficult to convince of new methods, and suggested that Sustane contact them as soon as possible in order to start getting support from within the department.

When thanking Cameron and Richardson for their presentation, Warden Robert Kirby concluded by saying “I’m sure we will be talking again.”