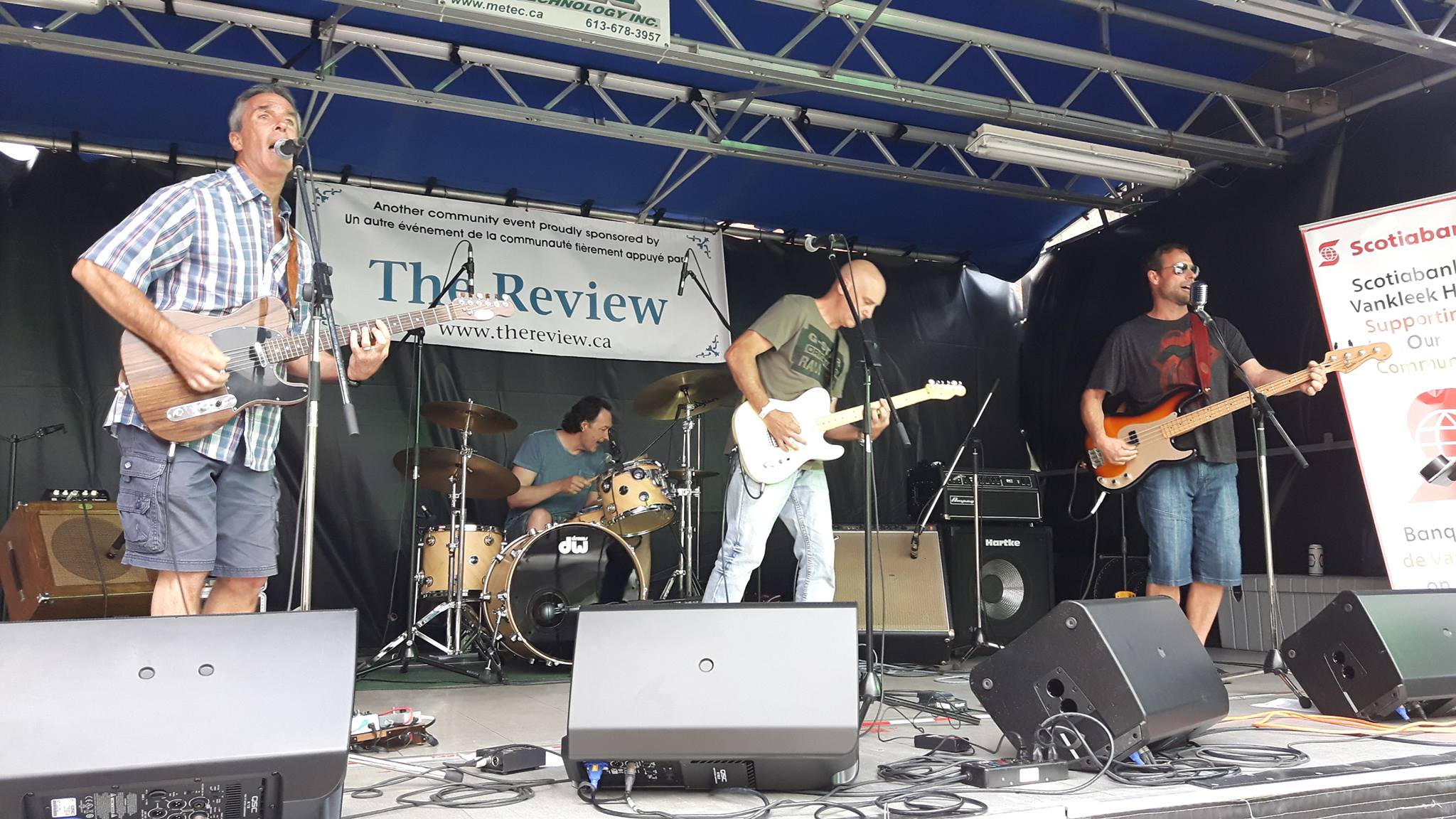 The Alleykatts are seen here playing at the 2018 edition of the Vankleek Hill Food Bank Jamboree.

The Vankleek Hill Food Bank Jamboree is welcoming popular local band Madhouse at the July 6 event, which takes place in Vankleek Hill outside at the Windsor Tavern.

Madhouse is a four-member band with members from Hawkesbury, Brownsburg-Chatham, and Lachute.  Ken Dodd is a guitar player and lead singer.  Michel Diotte is the drummer and his brother Pierre Diotte is the lead guitarist.  Dan Monette is the bass guitar player.

David Bowie, Queen, Lynyrd Skynyrd, and Stevie Ray Vaughn are among the acts they cover.

Madhouse has been together since 2012, but the four musicians have been playing in Eastern Ontario and Western Québec since the early 1980s.

Dodd said they are all experienced musicians and “a highly energetic rock band.”

He said they like to really get their audiences up and dancing at their gigs.

Like many musicians, the members of Madhouse all have regular jobs.  They are taxi and delivery drivers, and appliance repairmen.  Being part of a classic rock band is extra fun for them.

Other bands in the musician line-up include Norm Campeau, the Lefties, Gary Carpenter, Celtic Flare, 50 Proof and the Alleykatts. The emcee is Gord Nixon.

You can view the schedule on the Facebook event page or on The Review’s online event calendar. The gates open at 1 p.m. and the music starts at 2 p.m. and continues outdoors, under the white tent, until 11 p.m., when the music continues indoors at the Windsor Tavern.