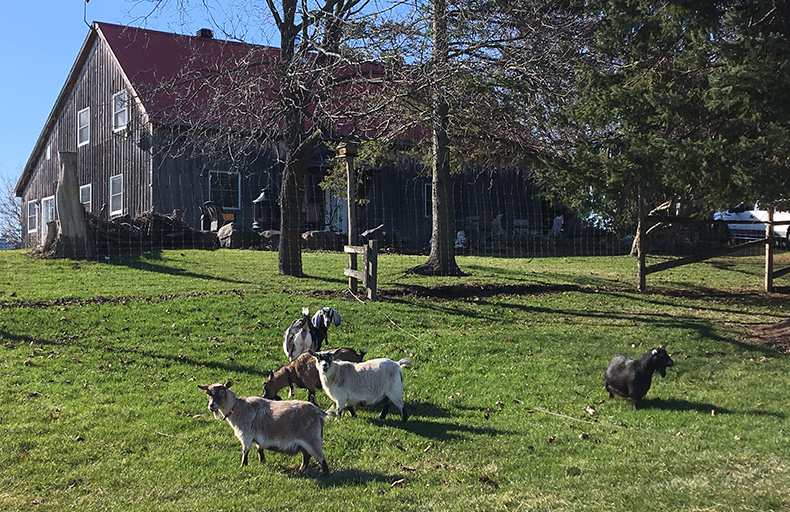 The Hidden Gems event is taking place on Saturday, May 25 at Annëken Barn, located at 3270 Barb Road (County Road 10), just east of Vankleek Hill. The first-ever event takes place from 2 p.m. to 7 p.m.

Ann Brosseau and her husband bought the former “Granary Beizli” venue last year and Brosseau got straight to work organizing a variety of events, including several live music nights, and more recently, an event she called “Dinner with a Mind Reader.”

But her move to the area made her realize that there were a lot of businesses, or hidden gems, that she felt were unable to afford advertising and were less known in the community. And because of that, she decided to create a smaller-scale “fair” to give these smaller businesses a chance to showcase themselves, their services and their products.

Vankleek Hill resident Leslie McDonald saw a Facebook post by Brosseau, who put out a few questions about the event before going ahead and McDonald said she offered to help Brosseau organize it.

“It’s a beautiful venue,” McDonald said, referring to Annëken Barn. There is the main restaurant part of the building, but she said that it will be fun to host part of the event outdoors. There is a seating area outdoors, Brosseau pointed out.

What you might not know about Brosseau is that she loves goats and has several of her own. That explains the added fun element of goat games, which will be part of the Hidden Gems Fair. Brosseau owns one Nubian goat and five Nigerian dwarf goats.

What is making goats so popular these days? Brosseau isn’t quite sure, but knows that she loves her small (in more ways than one) herd.

About 15 vendors will be at the event and Operation Spay Neuter (working to assist homeless cats and reduce the homeless cat population with its spay and neuter program) will also be fundraising at the event. The organization is hosting an adoption day at the fair and will bring some cats looking for new owners (cat adoption will only take place — outdoors — weather permitting).

Admission is free to the event, which will offer visitors gifts and prizes, and food on-site as well as outdoor fun (weather permitting), pony rides, goat entertainment and games. Because there is free admission, organizers are encouraging people to visit during the afternoon with their children (people can come and go as often as they like), but she points out that there is a happy hour and food sampling, along with draws for prizes donated by the vendors, between 5 p.m. and 7 p.m.

You can find out more about Annëken Barn by following the venue on Facebook. Upcoming events include a live Chicago-style blues concert with PosaBlue on May 18, live music with “The Breeze” on June 15 and a comedy night on September 14.