Area students learn about the law and dangerous drugs 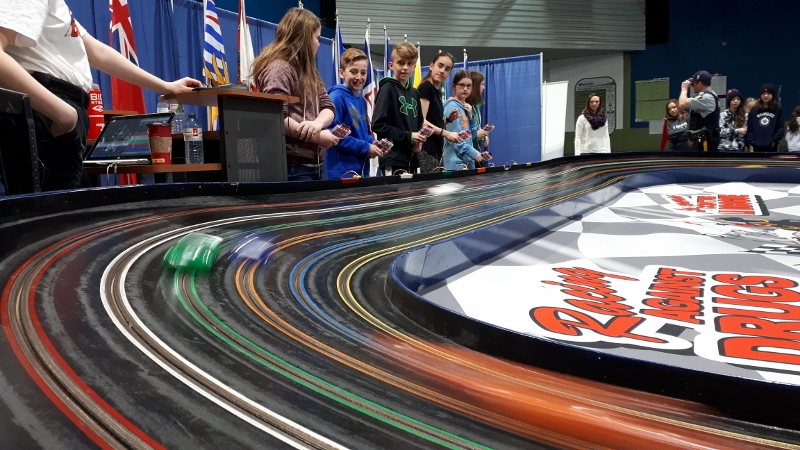 More than 900 grade six students from across Prescott-Russell got to find out about the dangers of drugs and alcohol last week at a special event at the Robert Hartley Recreation Complex in Hawkesbury.

Racing Against Drugs was presented by the Ontario Provincial Police (OPP) with assistance from the Cornwall RCMP, the Prescott and Russell paramedic service, and other sponsors.

The students visited various stations set up around the gymnasium where they learned about responsible and legal use or health risks associated with alcohol, tobacco, vaping, cannabis, or the dangers of illegal drugs.

The most popular station was where students got to race slot cars on a circular track where the idea was learning about being responsible and pacing oneself.

At another station, police officers discussed illegal drugs and a jail cell was set up to illustrate the consequences.

Using a dummy on a stretcher, paramedics demonstrated how they respond to fentanyl overdoses.

Savard noted that children can be arrested and charged with criminal offences at age 12 under the Youth Criminal Justice Act so it is important grade six students know about the law, the dangers, and the consequences. 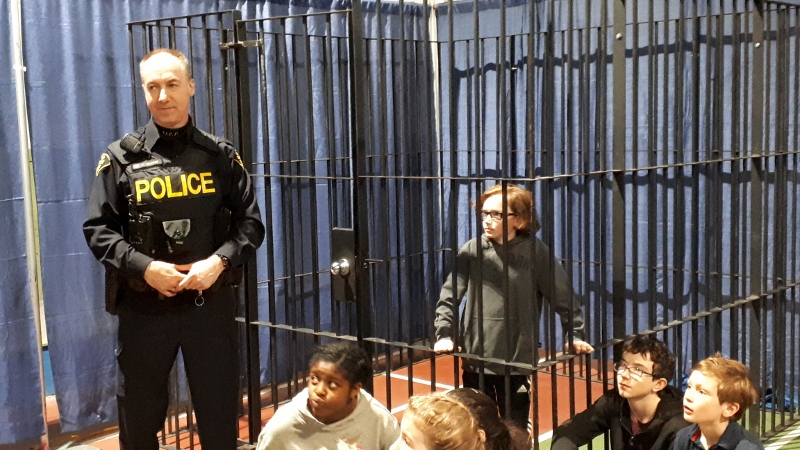