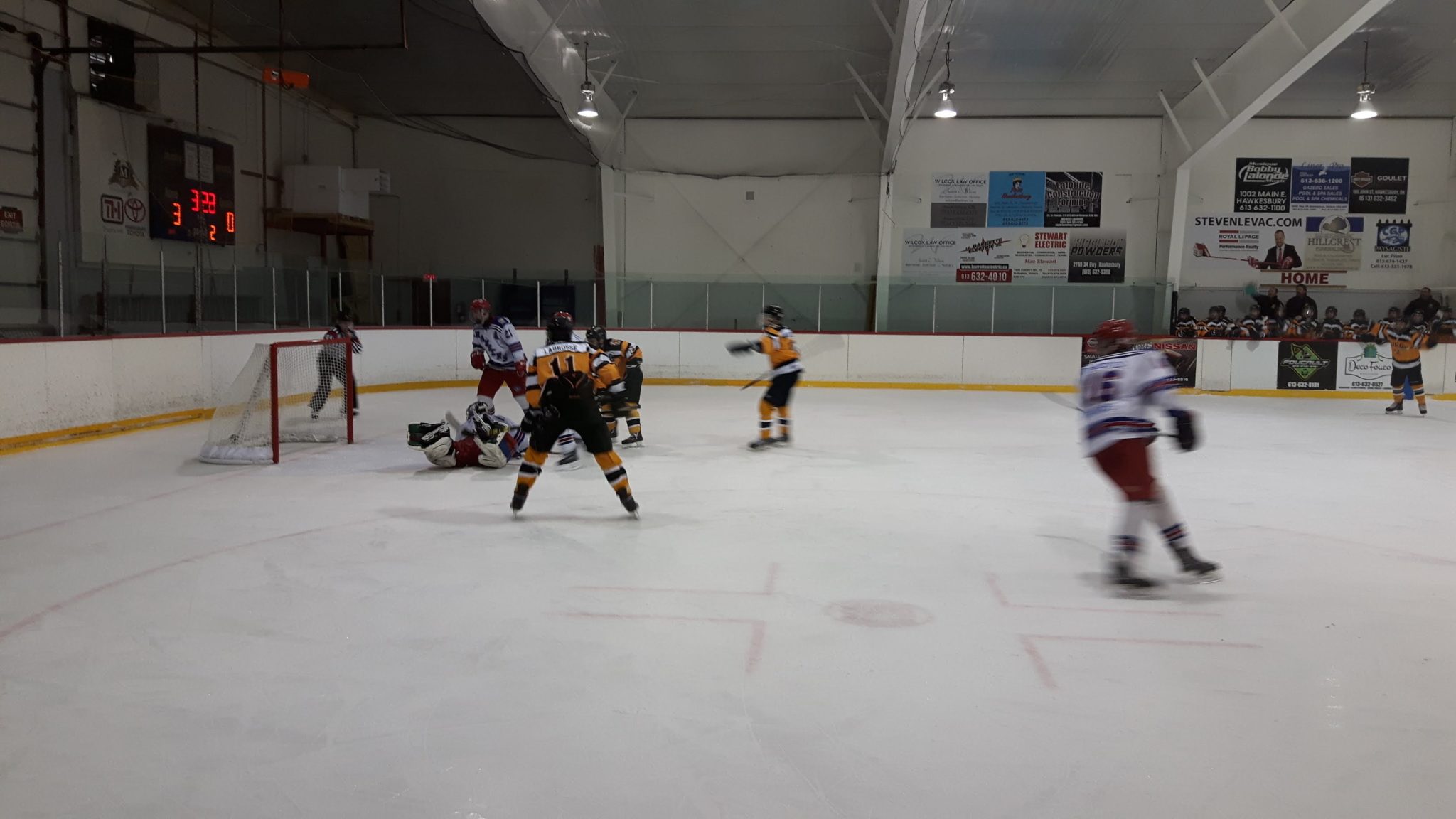 The Vankleek Hill Cougars kept the pressure on for much of Sunday’s game — there was lots of action on the South Grenville Rangers’ net.

Vankleek Hill defeated the South Grenville Rangers 5-4 on Sunday afternoon to close out the second round series 4-2 in six games.

“Felt good to get the win and put that series behind us,” Cougars alternate captain Ryan Allen said of the win. “We’ve got all our focus on doing the same in the finals, now.”

After the Cougars took the series-opening game 5-2, the teams would meet again on Tuesday in Spencerville, for the second game in a row. While Vankleek Hill would hold a 3-1 lead at the end of the first, the Rangers would fight back, scoring two goals in the third to force overtime. In the extra frame, the Rangers would complete the comeback to take the game 6-5 and even the series at 1 apiece.

The next two games would see the teams exchange blowout victories, first with the Cougars winning 8-1 and then South Grenville taking the next game 9-3.

The result of the latter game would prove particularly troubling for Cougars fans, some of whom felt that the visiting South Grenville fans had taken over home-ice advantage from Vankleek Hill in their own arena.

Nonetheless, the Cougars would bounce back on the road in their next game, coming from behind to take a 5-4 victory and a 3-2 lead in the series.

With the series returning to Vankleek Hill for the potential series-clinching game, one Vankleek Hill resident took to social media to ensure the game would not be a repeat of the previous home outing.

“They cheered us out of our own building,” admonished Vankleek Hill resident Jason Jackson in a video posted to the Review’s Facebook page. “If you’re from Vankleek Hill, you need to get your butt out to the game [on Sunday] to cheer on our Cougars. We can’t let what happened Friday night happen again.”

The message seemed to have been delivered, as Cougars fans packed the house for the sixth game of the series. The Cougars players would use the home energy to power their way to a 4-0 lead early, looking to put any hope out of reach for the Rangers. However, South Grenville had no plans of going down so easily. The visitors would post three goals in the third to bring themselves within one goal of tying the contest. After a tense final few minutes, the Cougars would ultimately hold on to the lead to win the game 5-4 and take the series 4-2.

The Cougars now move on to face the Clarence Castors for the 2018-2019 NCJHL championship. Series schedule to be determined.