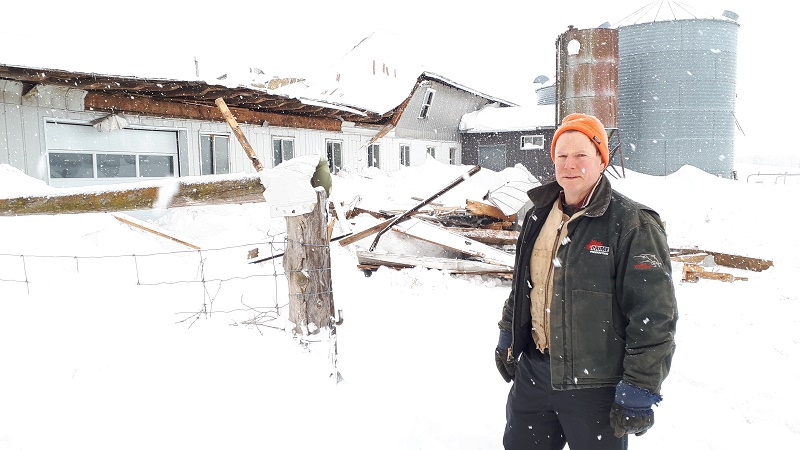 Keith Wyman and the collapsed roof on his barn in Chute-à-Blondeau. Photo: James Morgan

It was a barn collapse that could have been a lot worse.

On Tuesday, the weight of snow on the roof of Keith Wyman’s barn in Chute-à-Blondeau caused it to collapse.

Fortunately, none of the 140 Holstein cattle inside were harmed.

“We were milking Tuesday night and I heard the crack, and it started to buckle,” said Wyman, who runs the dairy farm with his son Jacob.

They got out of the barn fast and within half an hour later, the roof had collapsed.

What saved the entire free-stall area and entire herd, though, was the hayloft above it.  The hay cushioned the weight of the falling steel and roof trusses and prevented the ceiling from completely collapsing.  There is only a small area of cracked and split timbers.

“It’s business as usual,” said Wyman, who has still been milking his cows and shipping milk from the barn since the roof collapse.

There were no damages to the pipeline milking system inside the barn, but a couple of lights were damaged.

Since the collapse, Wyman has been busy getting the roof debris removed and repairs made.  On Friday morning, a hi-hoe and bulldozer were taking apart the wreckage and electricians were making lighting and wiring repairs.

Wyman said there have also been visits and phone conversations with insurance adjusters who are working on his claim so he can have the roof rebuilt.

He said the new roof will be a different design than the old domed one on the barn, which was built in 1954 and had replaced another barn that had burned down.

Keith Wyman is the sixth generation of his family to operate the farm on Front Road in Chute-à-Blondeau. 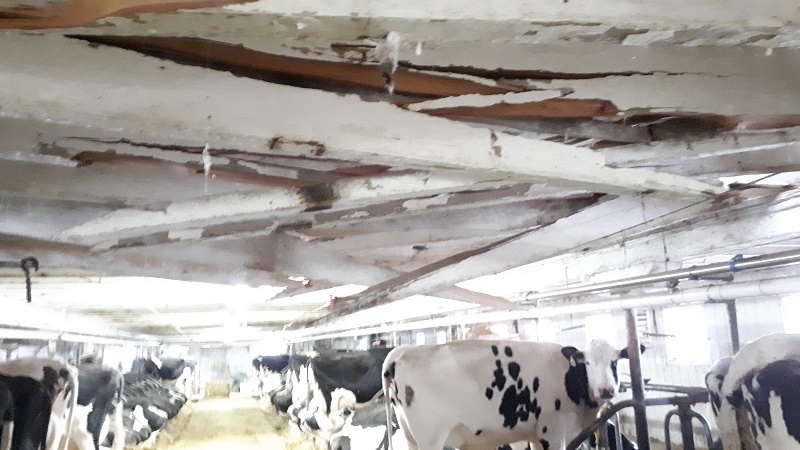 Cracked and split timbers inside the barn. Cattle continue to live inside and be milked as usual. Photo: James Morgan 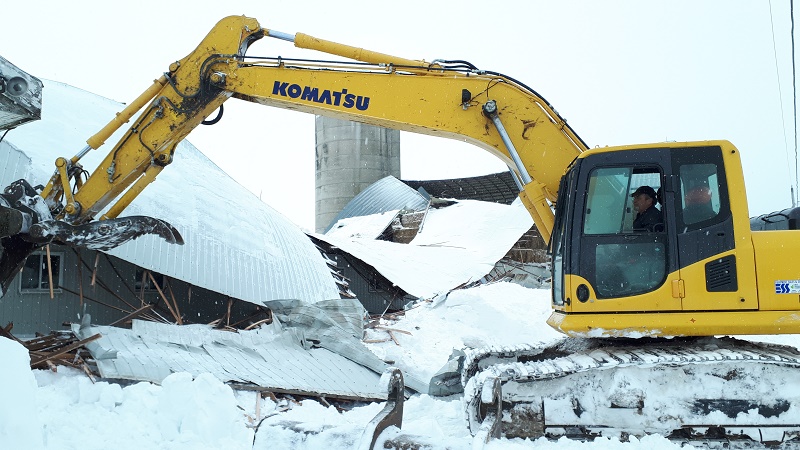