Two closures, one move and Winners coming soon to Hawkesbury 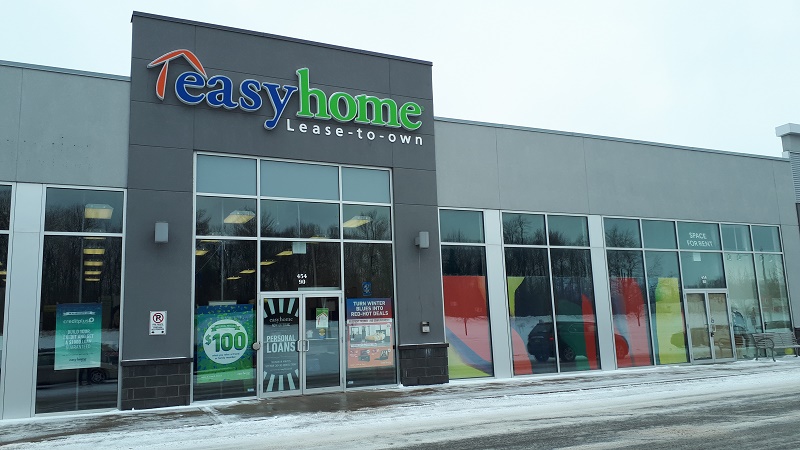 The current Easyhome outlet at the shopping centre on Highway 17. Photo: James Morgan

Two stores are closing and one business is moving, which will open up space for Winners at the shopping plaza on Highway 17.

The Source has closed permanently, while Urban Planet will close for good on March 27. Easyhome is moving back home to Main Street in Hawkesbury. The vacant store space in the plaza, owned by Groupe Harden, will become the new Winners location, set to open in autumn of 2019.

The Bulk Barn store closed for 10 days on Monday, February 4 but  will re-open on Thursday, February 14, just in time for people to stock up on bulk cinnamon hearts and little foil-wrapped chocolates for Valentine’s Day. The windows of the store are covered with brown paper, but renovations are taking place inside.  A sign in the window explained that a new franchise owner is taking over the location.

Nearby, it looks like business as usual at the Easyhome outlet, but it will be moving downtown to a vacant space next to St-Denis Pharmacy on Main Street.

Easyhome, which is a rent-to-own outlet for furniture, appliances, and electronics, is making the move at the beginning of March, according to staff at the store.

The downtown location is also a Harden-owned building, and Easyhome was originally located where St-Denis Pharmacy is now.

Group Harden had no comment on the store closures or relocation.

The Source electronics store at the Highway 17 shopping centre has closed.  A sign in the window directed shoppers to the nearest location, which is in Rockland.

The Source is a division of Bell Canada.  The chain was originally Radio Shack, and then its Canadian stores were taken over by now-defunct American electronics chain Circuit City.  Bell Canada took over The Source stores when Circuit City went bankrupt in 2009.

As of late Friday afternoon, no response had been received from The Source corporate offices in Barrie, Ontario about why the Hawkesbury store had closed.  However, Bell already has one other outlet in Hawkesbury which offers many of the same products and services.  Hawkesbury Service Telecom, downtown on Main Street, is an authorized Bell dealer.

“It’s one more place filled up, and that’s good,” said Lawrence Bogue, a member of the COMZAC-BIA (Business Improvement Area) board and a Hawkesbury town councillor.

Bogue said the rent costs are generally lower downtown and that could be a reason for Easyhome’s move.  He said the price per square foot in the shopping centre is in the $20 to $30 range and it is in the teens downtown.

COMZAC-BIA is working on a few projects to further improve the downtown area and make it a more welcoming place for shoppers.

According to Bogue, they are hoping to bring back music on loudspeakers, replacing trash bins, and installing the other side of the Hawkesbury digital billboard at the corner of McGill and Main Streets.

Chamber of Commerce President Antonios Tsourounakis, also a member of town council, said the downtown location is well suited for Easyhome’s customers and will bring more foot traffic to the area.

As for The Source closure, Tsourounakis said that is one of the challenges of retail these days, especially since so many products, including electronics, can be purchased online. 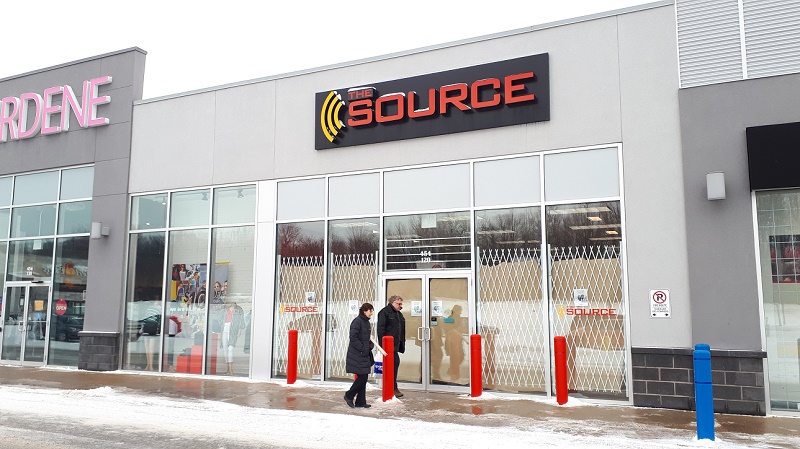 The now-closed Source store at the shopping centre on Highway 17. Photo: James Morgan 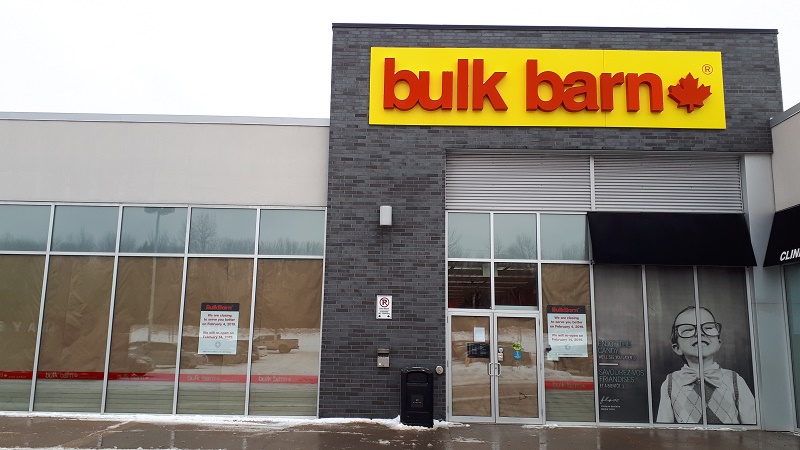