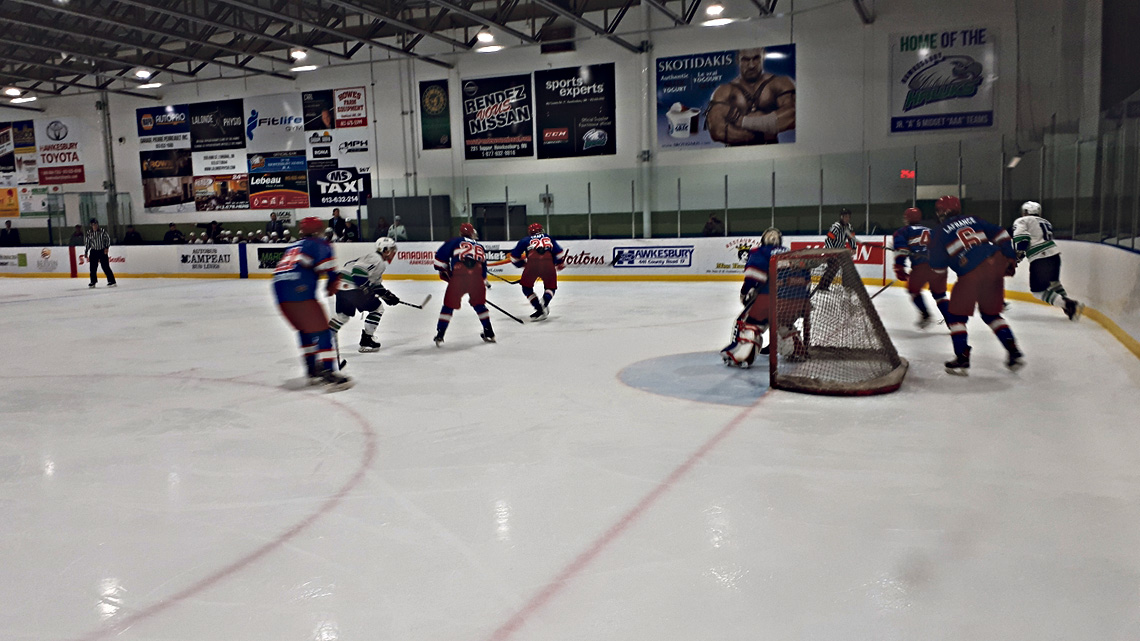 The Hawks are seen here in action at a game which took place earlier this season. Photo: James Morgan

The Hawkesbury Hawks Junior “A” hockey team split their games over the weekend to remain atop the tightly contested Yzerman Division.

On Friday, the Hawks played host to the Kemptville 73’s at the Robert Hartley Sports Complex. Despite some 20 points separating the teams in the standings, the game would prove a closely contested affair. Ultimately, the Hawks would manage to squeak out the win thanks to a goal from Samuel Hatto midway through the first period. Hawkesbury goaltender Matthew Petizian would make 30 saves for the shutout victory.

The Hawks remained at home for their next game the following night in a contest against the Smiths Falls Bears which would see significantly more scoring than the previous outing. Things looked promising early for the Hawks as they took a 2-1 lead into the second period courtesy of goals from Matthew Titus and Shane McGrath. Unfortunately for Hawkesbury, the game would shift firmly in Smiths Falls favour in the second. The Bears would score three unanswered in the frame to come from behind and take the game by a final score of 4-2.

The Hawkesbury Hawks return to action on Wednesday, January 30 when they travel to Nepean to take on the Raiders.

Hawkesbury currently sits in first place in the Yzerman Division, three points behind the Carleton Place Canadians for first in the league.