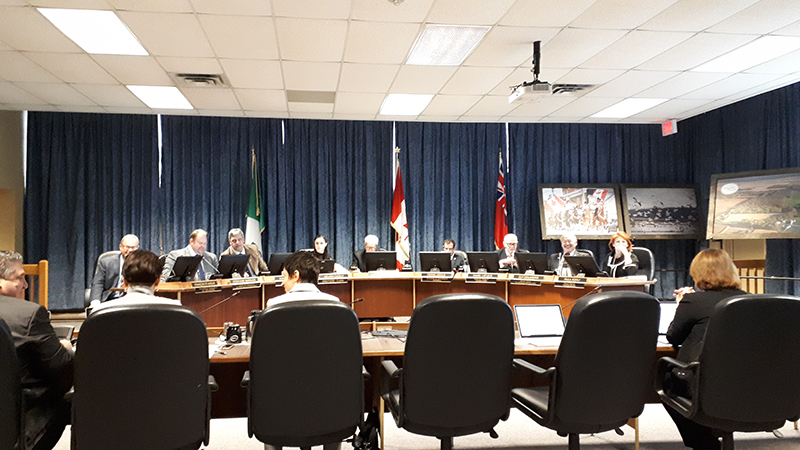 United Counties of Prescott and Russell (UCPR) council reviewed its 2019 draft budget at the January 9 committee of the whole meeting.

Treasurer Julie Ménard-Breault explained that a one per cent increase in the tax rate would represent $420,000.

The four-year agreement that provided $2 million in total to the lower-tier municipalities for road improvements ended in 2018 and is not part of the 2019 budget.

Mayors were not pleased that their municipalities will be losing this funding.

During the presentation, Ménard-Breault said, “Unfortunately, it looks like we will not be able to continue like in the past,” with the counties assisting lower-tier municipalities financially.

Champlain Mayor Normand Riopel noted how much counties’ support represented to the budget of each municipality.

“It helps us repair our roads,” he said.

“I get the impression that people want to keep that $2 million,” Russell Township Mayor Pierre Leroux said.

Leroux added he understood the support was only supposed to be four years but, noted Russell is growing a lot, and that growth does not cost the UCPR very much.  He said the UCPR is taking its share but has no investment in the growth that is taking place.

“The counties are collecting a lot of this revenue without having to put any money into the game,” said Leroux.

UCPR CAO Stéphane Parisien told council, “We’ve got a good handle on where we’re going with this; that was our premise for building this budget.”

He also noted that UCPR has saved the municipalities money after it uploaded the cost of fire department dispatch services.

Parisien said offering further support to the municipalities after uploading a service is a challenge.

“It’s a good chunk of change,” he told council.

He explained that uploading should give more spending flexibility and savings to the municipalities and said staff would present more options after finding out how much the UCPR is getting from the federal gas tax.

“Give us a couple of weeks to see what options we can work with based on what you told us this morning,” he said.

The budget focuses on future projects that the UCPR will be undertaking.

Those include a new, $70-million long-term care home, an expansion of the counties administration building, and three new local ambulance stations.

Improvements to Highway 17 are also another future priority.

The 2019 draft budget does include $3 million for the architecture portion of the long-term care facility, and $250,000 to reserves for Highway 17, and $184,000 for the Eastern Ontario Warden’s Caucus (EOWC) effort to improve cellular phone service in rural areas.

Desjardins said he wished the financing for the new long-term care facility was being arranged differently.

He said UCPR could actually borrow money from existing reserves and noted further support would also be available from the provincial government.

The draft budget does not include any new funds for Larose Forest land acquisition.

Warden and East Hawkesbury Mayor Robert Kirby asked if any revenues from logging in the forest go to the reserve account.

Parisien said almost no money is left in the account but Parisien assured that timber revenues do go to the reserve account.