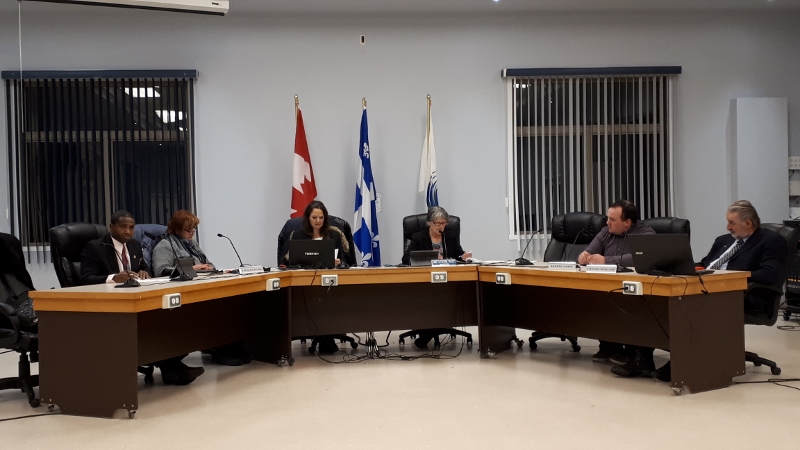 Brownsburg-Chatham council is trying to curb bad behaviour at its meetings.

In recent months, the two public question periods that are scheduled at each meeting have become tense exchanges between certain members of the public and Mayor Catherine Trickey and Director-General Hervé Rivet.

Brownsburg-Chatham council meetings are generally well-attended by residents.  It is not unusual for 20 to 30 people to be sitting in the rows of chairs set up in the meeting space at the Louis-Renaud community centre in St-Philippe.

At meetings in November and December 2018, citizens who approached the microphone sometimes became angry and disputed the requirement to properly state their names and addresses.

Some individuals shouted from their seats and profanity could be heard.

To keep order, council passed changes to its internal regulations when it met on January 15.  They were first proposed by Councillor Kévin Maurice at a special council meeting held on December 18.  However, Maurice was not present at the January 15 meeting.

The regulations emphasize that shouting, speaking out of turn from the audience, and profane or abusive language will not be tolerated.

The mayor has the right to order disruptive individuals to leave the meeting.

Another change ensures that council meeting agendas will be available on the municipal website at least 24 hours in advance of the meeting time.

The first question period is now for special declarations or reports from the mayor, or for the mayor to respond to questions submitted ahead of time by members of the public.  It is limited to 15 minutes in length.

The second question period, which is on the agenda following all the other business, is limited to 30 minutes.  Residents can approach the microphone and ask questions that are specific to the items on the agenda, or they can ask a question that can be answered at the following meeting.

Questions are also supposed to be clear and not consist of commentaries.