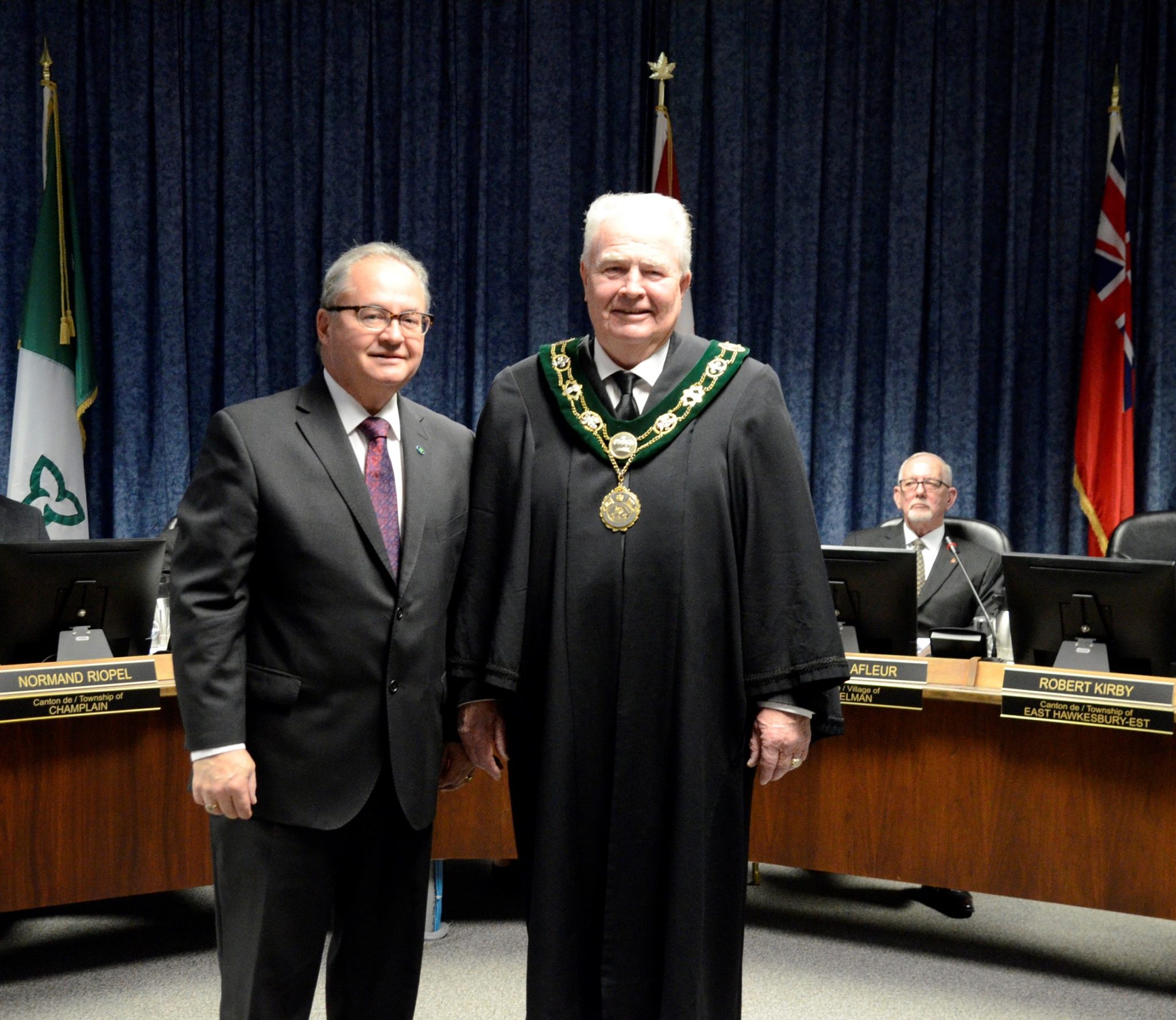 Robert Kirby, Mayor of the Township of East Hawkesbury, was elected by acclamation as the 2019 Warden of the United Counties of Prescott and Russell (UCPR).

This coming year represents Warden Kirby’s third term as the head of the regional council, having previously held the position in 2009 and 2015. His nomination was proposed by Paula Assaly, Mayor of the Town of Hawkesbury, and Daniel Lafleur, Mayor of the Village of Casselman.

Kirby brings a wealth of municipal experience to this position, having served as Mayor of the Township of East Hawkesbury since 2006. During the traditional swearing-in ceremony held this evening in the County Council chambers, he addressed the priorities of his upcoming presidency, namely the widening of County Road 17, the expansion of natural gas into rural sectors, the construction of the new Prescott and Russell Residence, and resolving the dispatch of emergency services into neighbouring municipalities.

“I plan to ensure that the transition between the former and the new council is seamless, and in order to do so, we must stay the course on our priorities and advocacy of the past year. Our regional objectives are still very much achievable, and we must continue working together with a united voice to maintain continuity for Prescott and Russell and conclude our major projects,” stated Warden Kirby, adding that it is a privilege and an honour to serve Council in this role for a third time.

During the same ceremony, outgoing Warden François St-Amour presented cheques totaling $25,500 to the Prescott-Russell Community Services as well as to the six Golden Age Clubs located in the Municipality of The Nation. These funds were raised during the Warden’s Golf Tournament and Warden’s Banquet fundraisers held during his term, and represent the largest amount ever raised during a County Warden’s term.