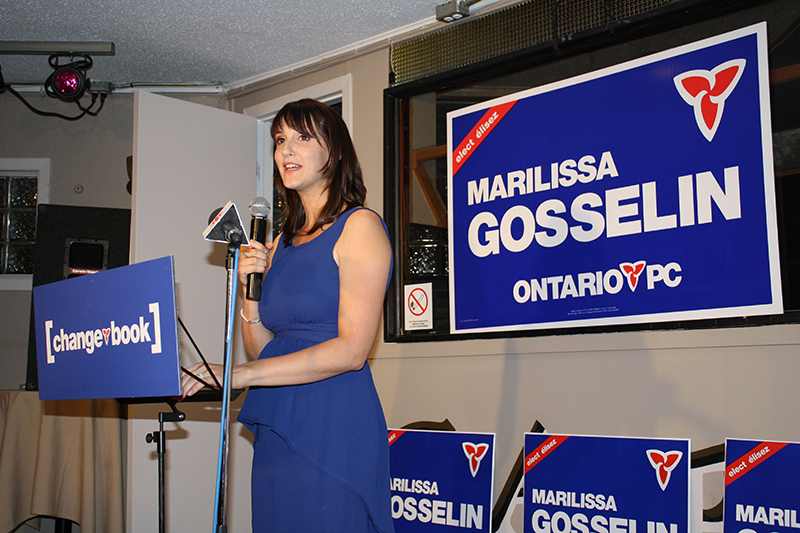 Marilissa Gosselin is seen here on election night in 2011.

The appointment keeps a promise made by the Ford government in November, as part of the government’s concession that it had gone too far with proposed cuts to French-language services.

Those cuts included eliminating the French-language services commissioner and the cancellation of promised funding for a French-language university. Immediate backlash and demonstrations happened across the province and to some extent, across the country and the French-language services commissioner was reinstated, but under the umbrella of the Ombudsman’s office. Caroline Mulroney was named Minister of Francophone Affairs and Ford said the government would hire a policy advisor for francophone affairs to work in Ford’s office.

Gosselin and her family live in Eastern Ontario.