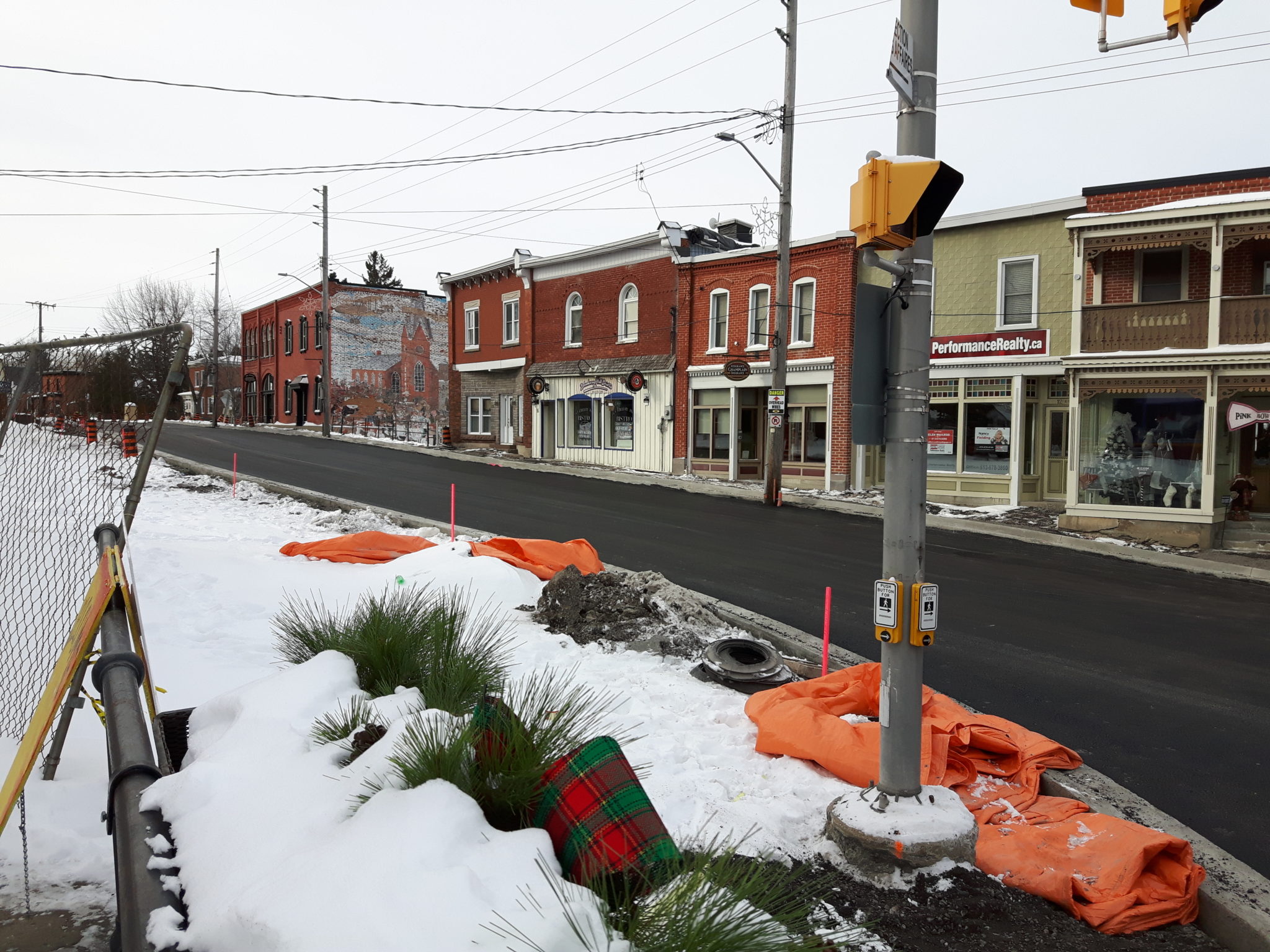 There is good news for residents and businesses affected by the High Street construction situation. According to project manager François Lafleur, everyone is now reconnected to the town’s water main and all water test results were good. That means that the precautionary boil-water advisory will be lifted today. Notices will be distributed to the residents and was posted on Facebook, according to Lafleur, who sent the notice to The Review.

Paving on High Street is expected to be completed within a week from today. Sidewalks will then be reinstated temporarily (for the winter) in asphalt, as there were concerns the weather would delay the concrete work too much, and a safe walking surface was needed as soon as possible. Sidewalks will be redone in concrete next year (at no cost to the township/residents), according to Lafleur.

The blue plastic shreds which some residents have discovered in their tap water filters is caused by the drilling (tapping) of the water services into the water mains in the street. Every attempt is made to remove the shreds after drilling and to flush the lines, however some small pieces can still make their way into filters. It is nothing to be concerned about; the filters just need to be cleaned, says Lafleur.

Champlain Township council expressed its displeasure at the construction delays at its most recent meeting on November 13. A two-week closure of part of High Street is now in its ninth week and businesses have been suffering losses as a result. Likewise, High Street residents have endured frozen water lines and reduced access to their driveways during the construction and closure.

The entire project got off to a late start due to issues with one of the contractors not starting the job on time. The project involved installation of a new water main, updates to portions of the town’s sanitary and storm sewers, re-paving, new curbs and sidewalks and closure of Methot Street where it joined High Street, making Methot Street a two-way street, dead-end street.

The third lift of paving, work below on a section of High Street that has not been excavated yet, the closure of Methot Street and the final version of sidewalks will have to be completed next year. There will be limited closures on High Street in 2019 in order to complete the $3,688,350 project; most of the costs are being picked up by the Ontario provincial government.