A weekend not to remember for the Jr B Glen’s 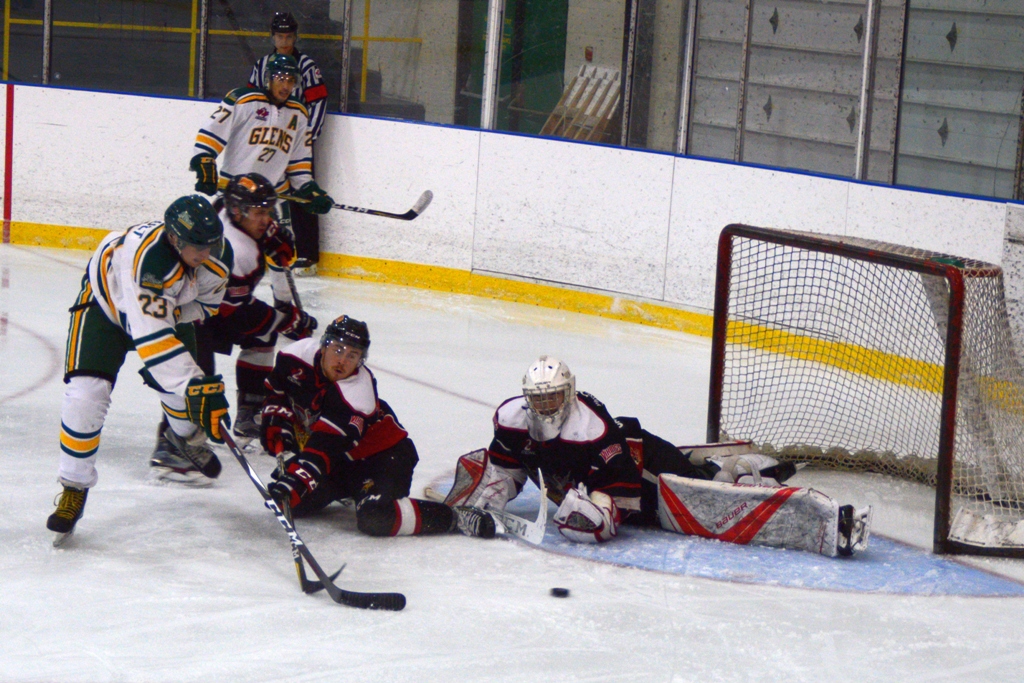 A weekend not to remember for the Jr B Glen’s

While the entire planet was remembering the 100th anniversary of the end of the Great War, Alexandria’s Jr B Glens and their fans surely want to forget about their weekend as the team couldn’t score any goals in their two weekend games. On Friday night, the Casselman Vikings visited the local team. It should have been a walk in the park for the Glens as five regular Viking players were injured and one had been suspended for one game, but it didn’t turn out that way for Alexandria’s team, which lost 6-0 in front of their fans.

Once again, at Sunday night’s game, the Glens’ players couldn’t score against the Athen Aeros and they came home with a 3-0 loss.

The next Jr B Glens games are being held on Friday night as the team will visit the Winchester Hawks and on Saturday evening, the Perth Blue Wings will be at the Glengarry Sports Palace.

Photos: The Alexandria Glens put a lot of effort trying to find openings in their rivals net, but both Vikings’ and Aeros’ goalies shut the door to the Alexandria players.

This is how Alexandria’s Jr B Glens weekend started: Casselman’s first goal was the prelude to a total of nine goals scored by the rivals’ teams over the weekend.