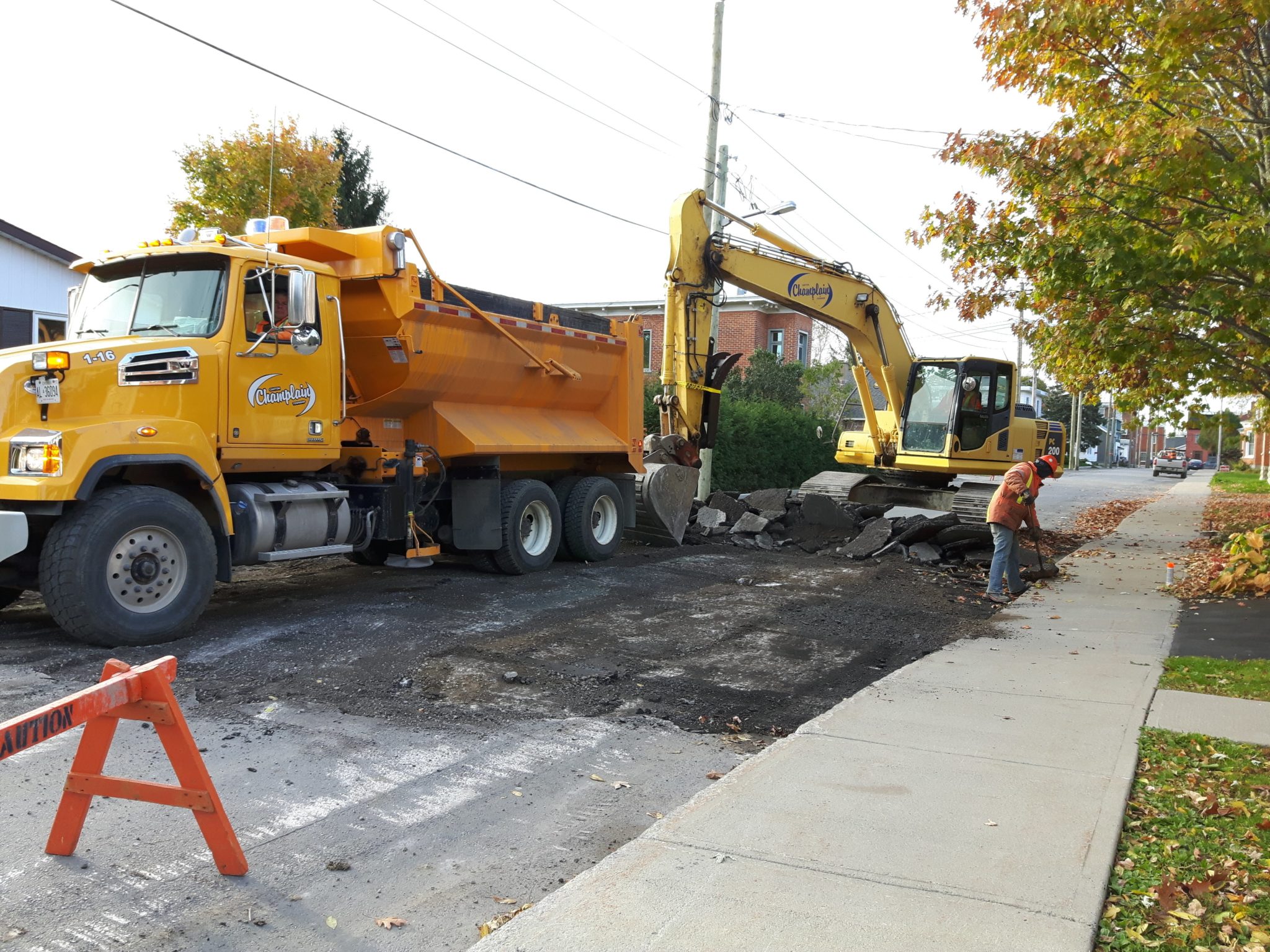 Today I woke to find an excavator ripping up the street outside my front window. No notice was issued (to me, at least), no statement posted on the township website or Facebook page (that I could find), no pamphlet stuck in my door or PO box…

I called the township offices (twice) to inquire as to what was going on and no one seemed to know what I was talking about. I was put on hold and eventually an answer was found – the street is being resurfaced and it may take weeks to complete. They didn’t seem sure.

My question is simple, really: Is it really that hard to inform the citizens directly affected by roadwork of this magnitude that said work will be happening? Apparently it is if the department doesn’t even know it’s happening.

Knowing such work is happening is important to the people living on the street for a vast number of reasons. Deliveries, work being done on homes, moving, school bus stops, general safety… any number of factors that something like a large excavator blocking your driveway for hours and a lack of asphalt might impede or affect.

In this week of municipal voting, I’d vote for whatever candidate will promise to actually inform citizens about things like, you know, not having a street… having access to their home blocked off for (possibly, maybe, who knows?) weeks at a time.

And wasn’t Derby dug up late last summer for sewage or water main repair? Why not repave it then instead doing the work (and paying for it) twice?

Editor’s Note: Derby Avenue is being re-paved but utility poles on Derby Street are also being relocated this week. A few years ago, the sidewalks on the east side of the street were removed and that left utility poles sort of stranded a short distance from the curb.