All four participating teams gathered for a team photo.

The first-ever Sûreté de Québec (SQ) ball tournament took place at the Richelieu Park in Lachute on September 15. This was an intitiatve of SQ agents Alexandre Moisan and Nicolas Charest, who gathered 40 participants to create four competitive teams. There were police officers from the Argenteuil MRC, MRC Papineau, MRC Pays-d’en-Haut as well as from the Lachute fire department, which actually won the tournament.

Although this was a fun tournament, it was also a fundraiser for “Concertation Hébergement Argenteuil”.  A donation of $1,410 was donated to the cause. Organizers say the success of this first-ever event was thanks to the spectators who attended the event and purchased food and drinks, and numerous sponsors.

Planning is already underway for next year’s event, with a view to soliciting even 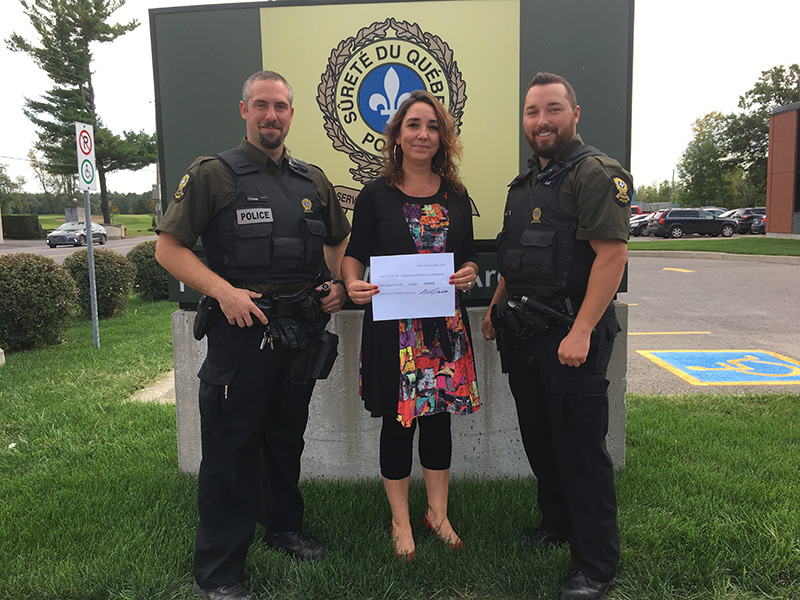