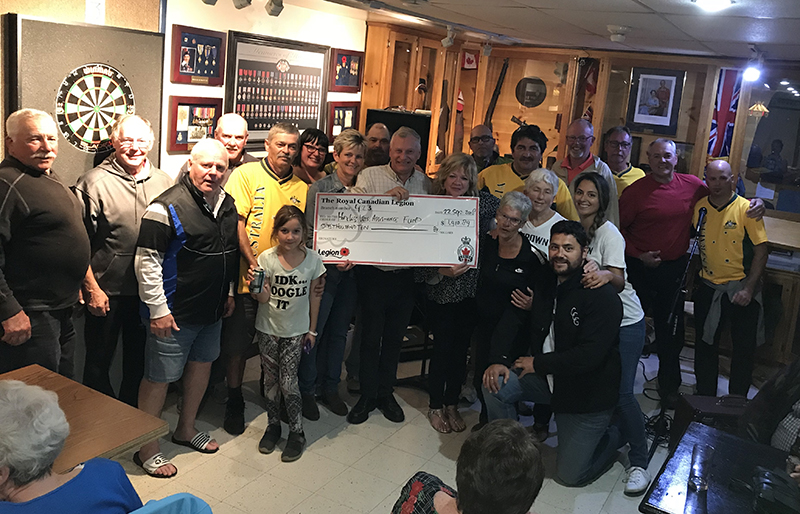 Golfers, members and executives holding the cheque with the total amount which was collected during Alexandria’s Legion week which was held from September 14 to September 22.