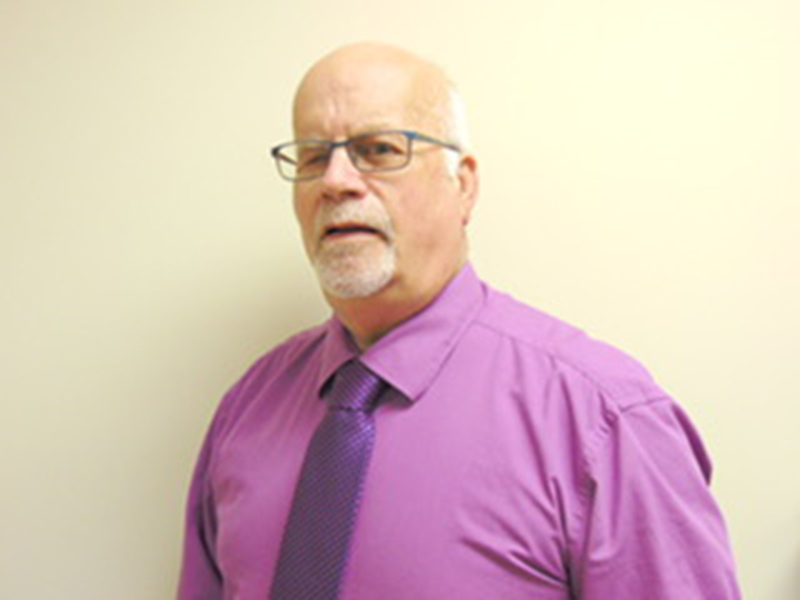 Bryan Rodger wants to bring balance and responsibility to Champlain Township council.  He is one of the candidates hoping to occupy one of the two West Hawkesbury ward seats after the October 22 municipal election.

Rodger is a longtime observer of municipal politics.  He has attended most Champlain council meetings during the 10 years he’s lived in the Vankleek Hill area.  He also attended them before that, when he lived in Québec and farmed near St-André d’Argenteuil for many years.  Rodger now works in industrial sales related to the agricultural industry.  He has past involvement with farm organizations such as the Union des Producteurs Agricoles (UPA) and the Québec Farmer’s Association.

Infrastructure improvements and fiscal responsibility are big issues for Rodger.  He said his job takes him up and down municipal roads all over Ontario and he’s observed that many municipalities are doing a better job than Champlain Township at properly maintaining roads and the property along them.  He would like to see an end to heavy truck traffic using local roads instead of highways and for better attention to be given to ensuring those roads are of suitable quality.  He said the township resurfaced the asphalt on Pleasant Corners Road with lower-standard tar and chip pavement and that large trucks from outside the area are using it as a shortcut from Highway 34 in Ontario to Autoroute 40 in Québec.  He said trucks are damaging road surfaces and the grades were not built to withstand the weight.  Rodger would like to see large trucks banned from local roads unless they have a legitimate reason to travel on them.  He said not enough has been done to improve the condition of rural roads and more attention must be given to those needs.

Rodger is worried about weeds, too.  He said Champlain Township needs to seriously deal with noxious weeds growing along rural roads.  He said that during his travels in other parts of Ontario, he’s noticed other municipalities are doing a good job at mowing and spraying where necessary.

“Debt has to be repaid,” Rodger said.  He’s concerned about spending decisions council has made and the level of debt the township is carrying, adding that business-minded people are needed on council and that he’s noticed in municipalities where there was a strong business representation on council, “Things in town went well.”

Rodger said long-term vision is needed when it comes to making spending decisions.  “If you can’t afford steak, eat beans,” he said.  He was critical of council’s decision to grant $50,000 to Action Champlain and said council only discussed the matter for 10 minutes before approving it.  Rodger supports the proposed—and controversial cement plant near L’Orignal.  He wants the township to expand its industrial tax base to increase revenue.  He understands that people complain about the effects industrial developments can have on the environment but said job creation is important too.  “You can’t live in an egg and have everything go around you,” he said.  Rodger would like the township to expand its industrial park to attract more industries.

Industrial expansion, fiscal responsibility, and infrastructure are Bryan Rodger’s three main priorities in his campaign for councillor.  West Hawkesbury ward voters can decide on election day if those things are their priorities.