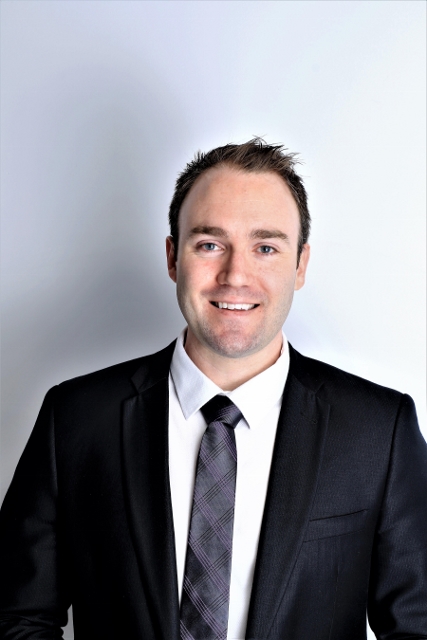 The Québec Liberal candidate in Argenteuil believes the riding will still be represented by his party after the October 1 election.  Bernard Bigras-Denis became the party’s candidate in May after incumbent Member of the National Assembly (MNA) Yves St-Denis resigned from the Liberal caucus after a sexually explicit photo of him surfaced and other accusations of inappropriate behaviour were made.

The 31-year-old father of two daughters is the Director of Production for a Lachute-based company that manufactures instruments for the pulp and paper industry.  He believes he has the economic knowledge and skills needed to best represent the district in Québec City.  When it comes to the issues and challenges in Argenteuil, Bigras-Denis said he has spent a lot of time hearing from residents at a series of town hall-style meetings.  Those issues are health care, and the challenges involving services at the Lachute hospital and the amount of development and population growth taking place in the region.  As an example, Bigras-Denis said St-Colomban in the eastern part of the district has grown by 25 per cent in recent years which has led to major challenges for infrastructure and transportation.  He said economic growth in Argenteuil has led to so much job creation that there are not enough people to fill all the vacancies.

Bigras-Denis said the complete Liberal platform will be released soon and it will contain answers to questions about how a re-elected government under Premier Philippe Couillard will address various problems, but he insisted local needs and solutions will be the priority.  “We’re not imposing our vision, we’re going to address the concerns of citizens,” he said, and explained the focus of his local platform is; economics, families and the elderly, and mobility.  Examples he gave on how to improve mobility included improving existing infrastructure, but also encouraging “active mobility” through developments such as recreational pathways that could be used by residents of all ages.

As for the concerns surrounding the Lachute hospital, Bigras-Denis said, “Every time I do a door-to-door, that’s the problem I hear.”  He acknowledged that some services were transferred from Lachute to the hospital in St-Jérôme and said that if he is elected MNA, he will fight to ensure the services remaining at the Lachute hospital stay there.  He also noted that it is difficult to get employees to fill positions at the hospital.

Bernard Bigras-Denis finds himself as the Liberal nominee for an incumbent government he did not serve in.  Opinion polls have consistently shown the Liberals in second place to the Coalition Avenir Québec (CAQ).  Yves St-Denis is also seeking re-election as an independent.  Bigras-Denis does not seem to be concerned that some Liberal voters in Argenteuil could vote for St-Denis and split the traditional Liberal base and allow another party to win in the district.  He is not concerned about struggling Liberal popularity across Québec either.  “Right now, everything is going well.  We’re still going to be a Liberal riding,” he said.