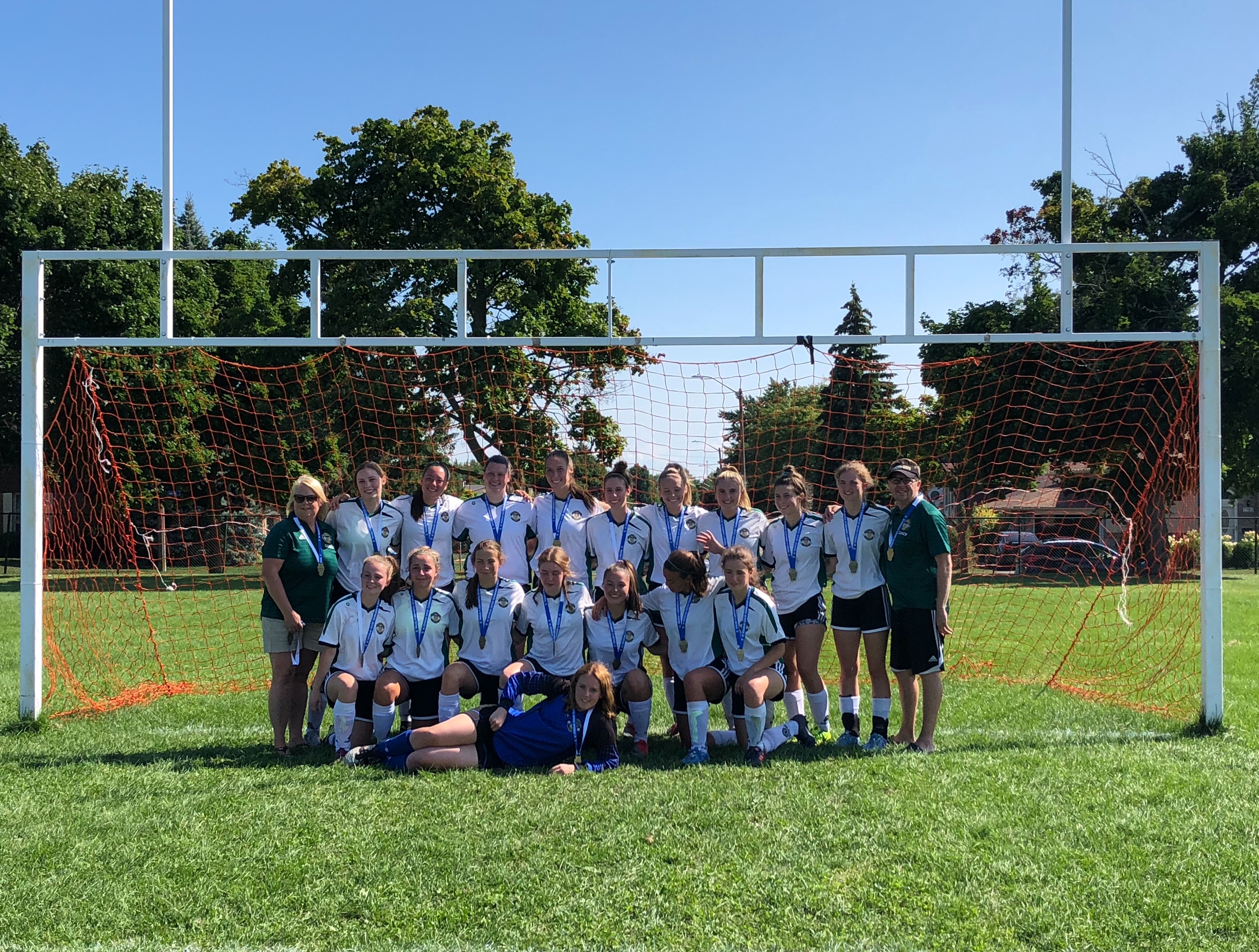 On the weekend of August 11-12, the U-18 Glengarry Hearts girls soccer team played in the ‘AC Douglas Tournament’ in Niagara Falls, Ontario. The team won its first two games on Saturday, placing the team first in its group and then the team went directly to semi-finals. The team finally came away victorious from the tournament after quite an exciting final which was settled by the way of a shootout.

Coaches and parents send their congratulations to U-18 Glengarry Hearts for their hard work during that tournament and thank you to their coach and manager for their dedication!