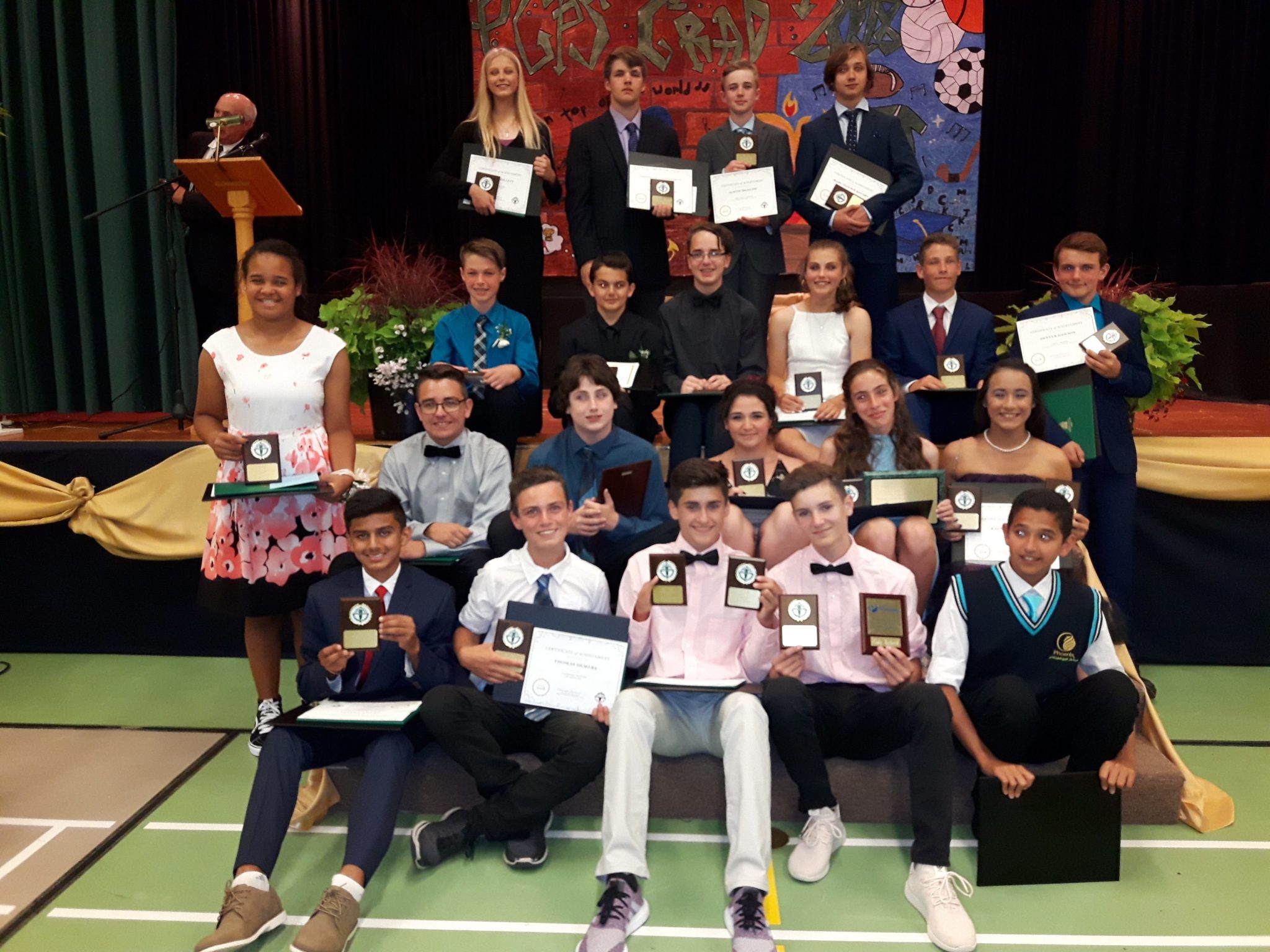 At the Pleasant Corners Public School graduation ceremony on Tuesday, June 26, several students were awarded for outstanding performance during the school year.  Award winners were as follows: