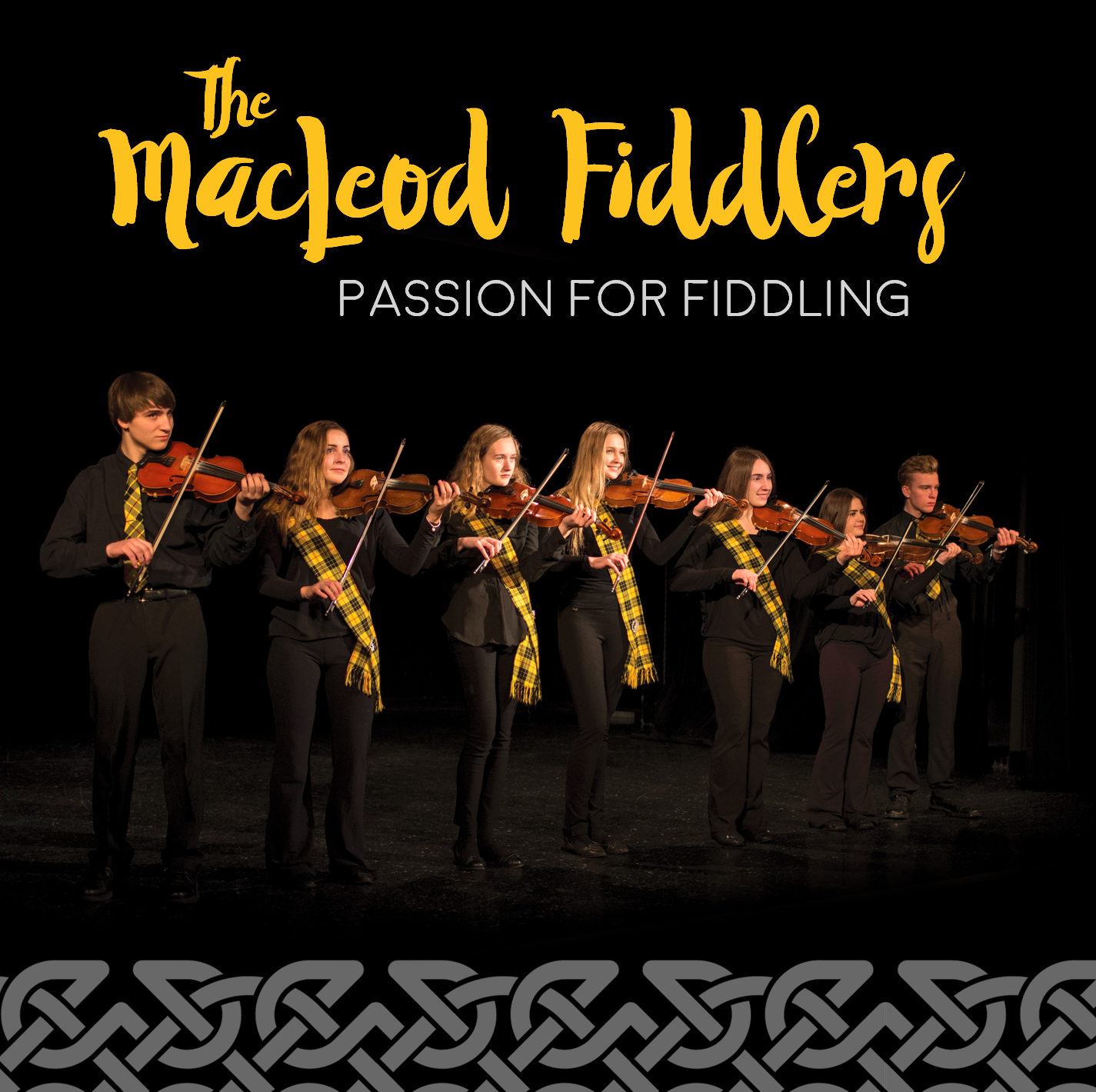 Heading into his 25th year of fiddle teaching, Ian MacLeod, along with the MacLeod Fiddlers, have just released a third album: Passion for Fiddling.

Featuring a performance group of senior students from The MacLeod School of Fiddling, the new CD is named after one of the original compositions on the album by student Heather Flipsen from Williamstown.

The new release follows their first album from 2005, Ceilidh Time, and a second from 2010 called Glengarry Roots.

“On this recording there are probably around 11 original tunes: some by my current students, some of my own and some from past students,” Ian MacLeod told The Review.

There is also some original music by MacLeod’s daughter, Ashley, and Rachel Campbell from Alexandria also performs a solo Gaelic number.

Each album is unique to the one before, mainly because of the different performers and the talents or compositions they bring.

With up to five tunes per track, there are about 42 individual tunes on the entire album.

“On the 19 tracks, for the most part it’s the seven fiddlers playing. I do piano on most of it. Steve Stang does all the guitar work for us and Bobby Lalonde did the bass work.”

Recording started just before Christmas, juggling schedules of the group.

“Remember, all these kids are in school. So we went and did recordings once a week in the morning for a bit, and then we did some after Christmas. Then we went back in and did the harmony tracks, and then it was the mixing and mastering of all the instruments.”

This album marks the sixth that MacLeod has collaborated on with Bobby Lalonde at his recording studio in Fournier.

“His expertise is second to none, that’s for sure, and we’re very fortunate to have him so close to our area,” said MacLeod.

“In studio, it was refreshing to see the level of mutual respect between Ian and his students,” said Lalonde, who engineered the album with his son, Adam.

He said that this album showcases some traditional Scottish and Irish music but also has “a few more surprising mixed influences” as well that can appeal to a wide audience of music lovers.

Summer is always a busy time for the performance group. The MacLeod Fiddlers will be performing at this year’s Glengarry Highland Games in Maxville in August. They will also be heading to Atlantic Canada for the Cape Breton Fiddle Festival plus some special events in New Brunswick with fiddling legends Ivan and Vivian Hicks.

MacLeod has another celebration to look forward to this year, as the MacLeod School of Fiddling marks a quarter century of teaching and performance.

“We’re just going to have a big party.” That event will take place on Saturday afternoon, July 25 at the Metcalfe Centre in Maxville and will include a number of former and current students, closing off with the Brigadoons.

The new CD is currently available at Fassifern General Store, Town and Country Flowers in Alexandria and The Review offices at 76 Main Street East in Vankleek  Hill. They will also be available at any of the group’s upcoming performances.