A new call for volunteers. This time, it’s the local Scout program which might close for good 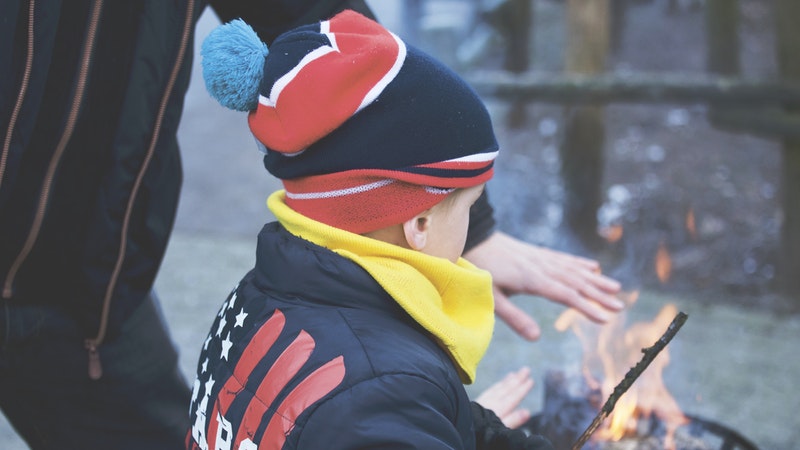 When you think about Boy Scouts, chances are you think of a blazing campfire. But the Scouts’ flame may be extinguished for good if no volunteers come forward to be Scout leaders.

Jennifer Arenas is in her 10th year of volunteering for the local Scout programs. But she says that there are four leaders stepping down at the end of this season and that next fall, unless new leaders come forward, there will be no Scout program in Vankleek Hill.

“I got involved in Beavers because back then, when I went to enrol my child, I was told that the program would not go ahead unless parents came forward as leaders. So I got involved,” Arenas says. She spent three years as a Beaver leader, five as Group Commissioner and three as a Scout leader. (There was an overlap with her roles during her time as Group Commissioner).

A minimum of two volunteers are needed to run the Scout program, which  currently has nine youths registered. The programs run for 10 months per year, she says. And this year, there was no Cub program due to the lack of volunteers.

“Kids were registered but we could not run the program, so some of those kids have gone to Maxville and some have gone to Rockland,” Arenas said.

What do volunteers have to do?

Arenas says there is an online training course for volunteers, who need a police check and are interviewed by the Group Commissioner, Marc Duval. Volunteers also should have five references, she noted.

Duval has also been involved in the local Scout program for the past 14 years and has not had a child involved for the past four years.

There are weekly Scout meetings, lasting about 90 minutes, Arenas explained, and  weekend outings which could involve camping, canoeing or other outdoor activities. Those take place about once per month and can replace an evening meeting, she explained. The Scouts currently meet every Thursday evening at St. Jude School, but meetings could take place on another evening instead of Thursday, she continued.

The registration cost for the Scouts program, for ages 11 to 14, is $200 for one year (or ten months). That registration fee goes to Scouts Canada, Arenas says. One dollar in “dues” is collected at weekly meetings from each Scout and fundraising is needed for local activities.
Cubs are for youths ages 8 to 10 and Beavers are for youths ages 5 to 7.

Arenas says the existing leaders would love to get volunteers on board now, so they would have about two months to learn a bit about the program and the timing would allow the current leaders to mentor the new volunteers.

A four-day canoe trip at Algonquin Park is one of the upcoming Scout trips in the works, Arenas says, adding that it is rewarding to help kids learn outdoor skills and more.

“I will miss that,” Arenas says.

She also points out that several leaders are unhappy with recent changes to the Scout program, which is now described as being “youth-led”, meaning that leaders and Scouts set goals to achieve, something that is a big change from the traditional badge program, when Scouts would choose a badge to achieve and then complete the list of accomplishments associated with that badge. Arenas says it feels as if a lot of the structure has been removed from the program, placing more responsibility on leaders and youths. She says that she and other leaders are writing to the Scout headquarters to express their dismay with program changes.

On January 24, 1908, the Boy Scouts movement began in England with the publication of the first installment of Robert Baden-Powell’s Scouting for Boys. The movement expanded into various levels of Scouts for boys (Beavers, Cubs, Scouts, Venturer Scouts (ages 15 to 17) and Rover Scouts (ages 18 to 26) and a program for girls, who could be Sparks (ages 5-6), Brownies (ages 7-8), Guides (ages 9 to 11), Pathfinders (ages 12 to 14), Rangers (ages 15 to 17), Trex/Extra Ops (ages 12 to 17+) and Lones (all ages, Sparks through Rangers). Lones is an option for girls who are unable to attend regular meetings due to distance, health, studies or physical challenge.

Rover Scouts became co-ed in 1993, with all remaining sections following in 1998.

To offer your help or to get involved, email Marc Duval: [email protected]