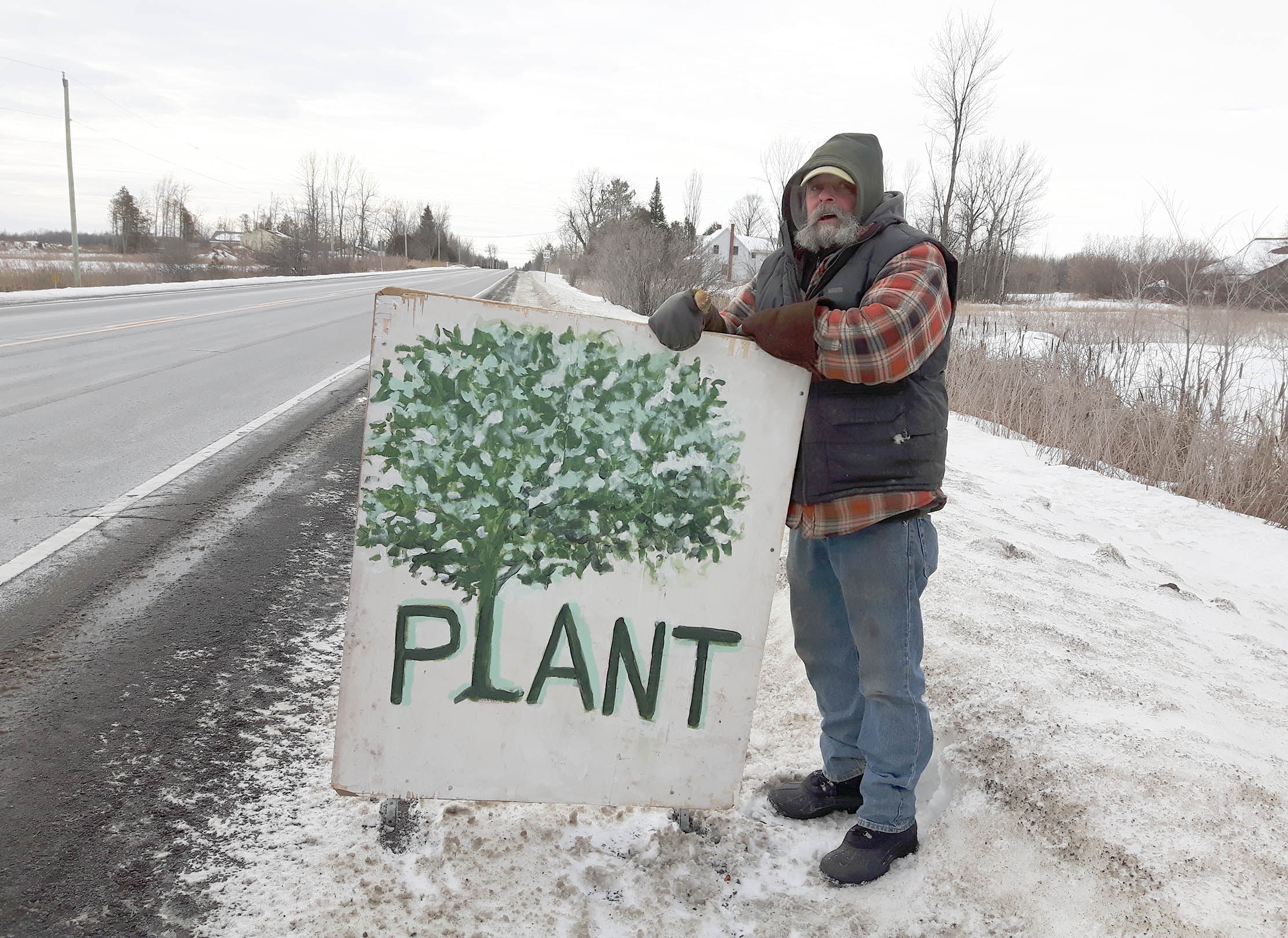 A nor’ easter, he says. As Andy Perreault stands on the side of Highway 34, hours before snow and freezing rain are scheduled to hit the region, the wind gusts relentlessly and is made worse by each passing semi-trailer.

Perreault is in year three of his roadside protest against clear-cutting. He is standing across from a large tract of land south of Vankleek Hill which was clear-cut three years ago. Piles of branches and stumps are still in the clear-cut field.

Many drivers honk their horns and wave in support as they drive by. Other vehicles seem to swoosh by, just a little too close to the side of the road, where Perreault stands. He has been back at his regular roadside location for about six weeks now, he tells me.

The 63-year-old Perreault says he will grow up some day, but it is clear his passion to bring awareness to the importance of trees, water and our natural environment is just a part of who he is. Perhaps people disagree with some of what he writes as part of his prolific letter-writing campaign (to both newspapers and to politicians), but he insists governments and citizens don’t realize what they are losing by not taking care of the environment.

“And it seems like it is everything. We don’t care about the environment. Newspapers like yours are under threat. Small-town businesses and small towns themselves — what will we do when these things are gone? It seems like we are not caring about what really matters,” Perreault said.

And the cars continue to whoosh past. Perreault talks about the “Plant trees” sign he is holding, painted by local artist Elisabeth Skelly.

“I am bringing one next week that will say, “Take a tree to lunch,” he says, smiling. It seems that his passion is offset by his sense of humour, which is a big part of what he does.

What does he think about, standing on the side of the road for many hours?

“I think about the letters I will write, what I want to say to people,” Perreault says.

As I head back to my car, he calls after me: “I should have that letter in to you today.”