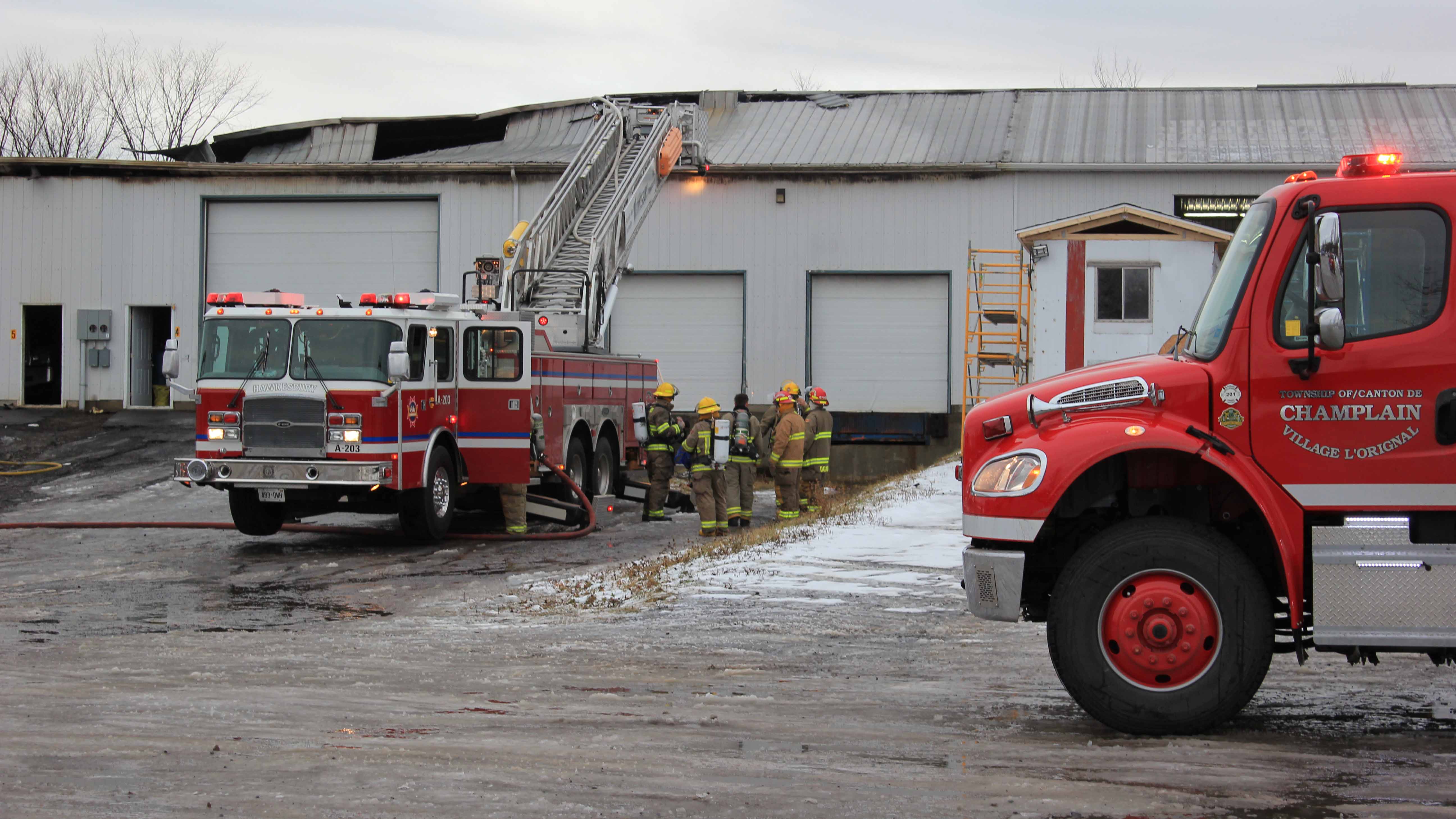 Fire broke out in the middle of the night on December 1 at the storage facilities at Paul’s Backhoe Service on Highway 34 north of Hawkesbury. Firefighters from both Champlain and Hawkesbury were still on the scene the next morning.

According to the Champlain Fire Chief, Michel Martin, the fire did not start in the Magic Bounce section of the building. He did not want to give further details at this time.

Visibly, the Magic Bounce section of the warehouse was greatly affected by the fire. 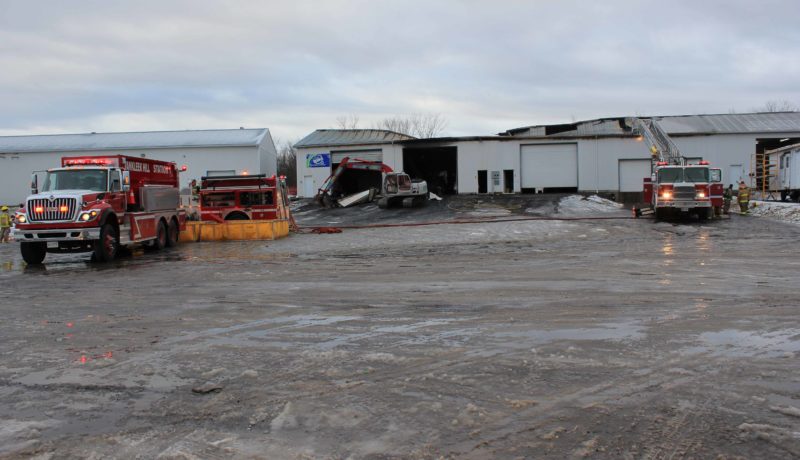 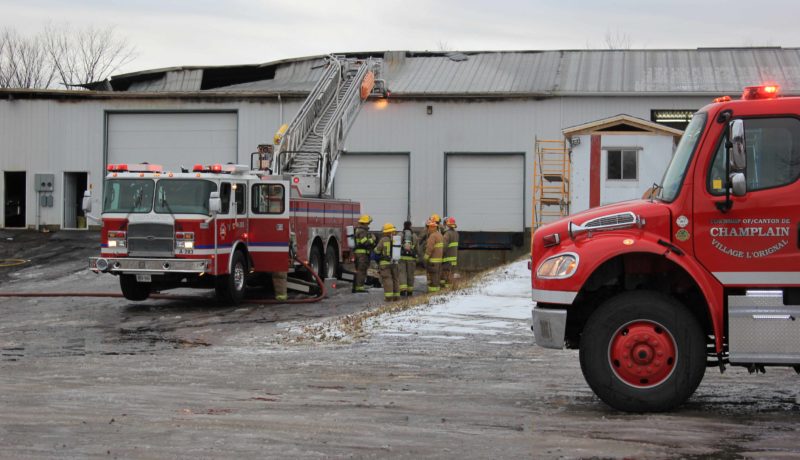 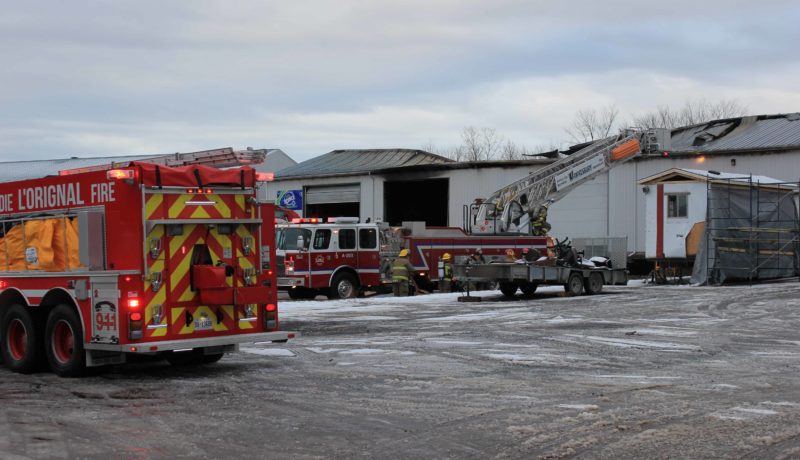