Astronomy is Looking Up with Tony Moffat 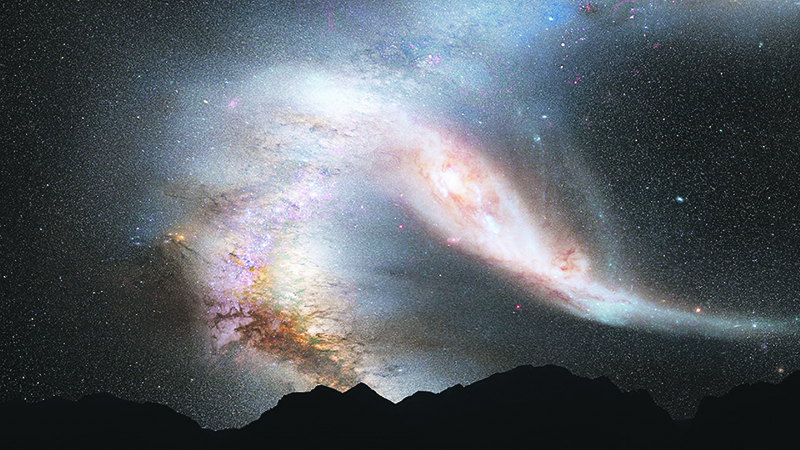 On November 30, Vankleek Hill’s astronomy club will be welcoming renowned astronomer Tony Moffat.  The astronomer will lay out the latest, most exciting discoveries in astronomy, in a Canadian perspective. The event will be held at the Champlain Library at 6:30 p.m.
“I want to highlight recent discoveries that were quite exciting. I’m going to concentrate on five things: cosmology, the study of the universe as a whole, gamma ray bursts, neutrinos astronomy, gravitational waves and finally exoplanets.”
“Interest in astronomy is growing all the time, especially because of technology. The latest discovery of gravitational waves is just mind-boggling and a Nobel prize was given almost immediately, which is unusual in physics. To give a Nobel prize just two years after the discovery is very telling, I mean usually it can take decades before being given one for a discovery,” says Moffat.
“That discovery confirms Einstein’s law of relativity in which he postulated that gravitational waves will be produced but would never be able to be detected because they are too weak. Well, this discovery proved this to be incorrect exactly one hundred years after his seminal paper of 1915. It’s quite amazing really.”

Anthony (Tony) Moffat received his B.Sc. degree in physics in 1965 and M.Sc. degree in astronomy in 1966 from the University of Toronto, followed by the degrees of Dr. rerus naturalus (= Ph.D.) in 1970 and Dr. Habilitation (the second German doctorate required to be eligible for a faculty position at a German university) in 1976 at the Ruhr-Universitaet in Bochum, Germany, both in astronomy.

Since that time, he has been associate, then full and now emeritus professor in the Dépt. de physique at the Université de Montréal. His main interests are in the properties of massive stars of all kinds based mostly on observations at all wavelengths, with emphasis on the helium-burning Wolf-Rayet stage just before the supernova explosion, and in the structure and dynamics of the Galaxy.

He gets a particular charge out of making new observational discoveries in these areas. Tony is author of numerous scientific papers and has received a number of prizes during his career. He is almost 10 years into retirement but still active in astronomy, albeit at a reduced level.