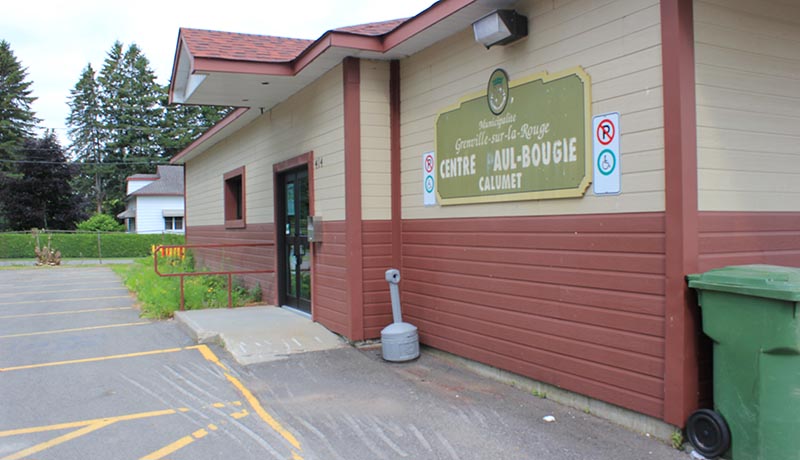 Some have expressed their disgust on social media about the trees which have been cut down along the fence around the Paul Bougie Community Center in Grenville-sur-la-Rouge (GSLR). The cutting of the trees was not a council decision. Hydro Quebec was concerned that the trees were too close to power lines or that they could create an arc of electricity right where the play structures are located.

“We would’ve preferred that they [Hydro Quebec] would’ve opted for trimming the trees like we suggested, but they decided to cut them halfway,” said Jean-François Bertrand, executive director of GSLR.

“The municipality decided this summer that it will soon be tackling various improvements for all of our parks, starting with the park at the Paul Bougie Community Center.”

The municipality wants to create a safer environment in all of the parks by doing a major cleanup, digging and putting in mulch and try to improve the experience as a whole.

“I acknowledge that the trees were nice, but they presented a very real danger.Those trees, where they were, gave no shade for the kids to play under. The only shade these trees gave was between 4 and 5 p.m., so it is a loss visually but they weren’t really practical.”

The municipality plans to plant trees between the community center and the play structures to create shade, maybe this fall. Jean-François Bertrand says that the people who made the first comments on social media were contacted and, according to Bertrand, they were satisfied with the explanation given to them.

“I find it disappointing that after being briefed on the situation that these comments are still up on social media. The municipality’s priority is the safety of its citizens, especially the kids playing in parks.”