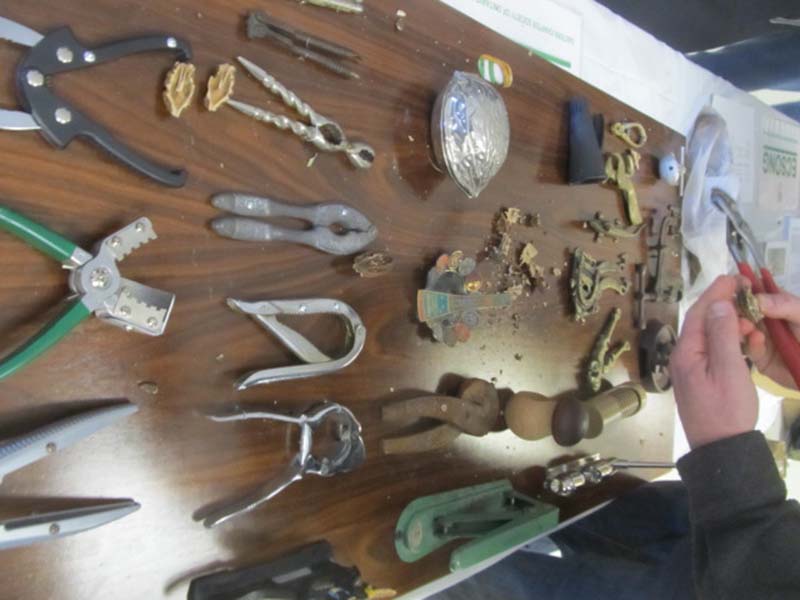 Some farmers in Glengarry are breaking away from conventional crops of corn, soybeans and hay, instead growing hops, nut trees and vegetables.

Jim Ronson was one of several guest speakers at the Landowner Stewardship meeting March 22 in Alexandria.

“Planting nut trees is like your life insurance, maybe even better,” he said. “This can be an investment for your kids and grandchildren.”

Ronson is a nut tree specialist working with the Eastern Chapter of the Society of Ontario Nut Growers (ECSONG) and encouraged the crowd of about 70 to consider nut trees as a plantation on the farm.

“Why leave a space and just grow grass when you can actually grow something that provides the earth with nutrients? When we continue to grow the same crops over and over again, we rob the soil of many minerals,” said Ronson, who’s helping spearhead a dozen or so test plots in Eastern Ontario to see which trees do well. “And the wood is very valuable in about 40 to 50 years.”

He observed that veneer logs are sought after and that farmers could benefit from the furniture demand. According to Purdue Extension, an organization that offers services and education programs in agriculture and natural resources, the difficult to grow but in-demand nut tree could go for as much as $109 per board foot in 2024.

“We need to plant trees for the future, monoculture has to become a thing of the past,” said Ronson.

Ronson said although black walnut and butternut are being planted because of their value, they do give off a toxin called juglone that can inhibit respiration of some plants around them, causing them to be retarded, stunted or deformed.

“But flowers seem to grow well next to the trees. Apple trees and hops do well when planted the right distance apart,” he said.

Before a catered lunch of Jamaican food including patties, rice and maple syrup cake, Ronson sent the crowd over to the ECSONG booth where people were encouraged to try and crack the shells of black walnuts. “We’re cracking nuts for appetizers,” he said pointing to the table with dozens of unique nutcrackers. “And black walnut shells provide the perfect package for storing nuts in the winter.”

Luke St. Pierre of St. Pierre and Family Maple Sugar Camp east of Lancaster also touted the benefits of trees to the environment and how his farm’s 3200 taps have benefited the area. “My grandfather always said that where you have a lot of rocks in the forest, so you will have good maple syrup,” he said.

Stephen and Rochelle Anderson, along with their son Ross McLean, started to diversify their Dalkeith farm a couple of years ago by planting a vineyard and last year adding a large vegetable garden.

“We were looking to try and make the farm more profitable,” said Stephen of the grapes they planted on a field that was once pasture. McLean planted a variety of vegetables last year and delivered orders door-to-door to customers who signed on for $300 per couple.

”They deliver only vegetables in season, so you eat super fresh food that hasn’t been transported from who knows where,” said Dalkeith resident Ashley Case, who signed up last year.