The Arbor Gallery Cultural Centre in Vankleek Hill is embarking on a project aimed at saving Vankleek Hill’s distinctive murals. Derek Evans, a board member at the gallery, said Arbor Gallery is not officially responsible for the murals – no one is, actually. “That’s the problem,” he said.

The project just began about a week ago, and Evans said it was initiated partly because of comments in last week’s Review about a new project called Popsilos. That project will put murals on silos in Prescott and Russell, but some readers said fixing Vankleek Hill’s murals would be a better use of cash. “I would like to see the murals in VKH refurbished before it’s too late! They are historic and should be preserved!” said one reader on Facebook. Another wrote, “How about refurbishing the ones in VKH?” 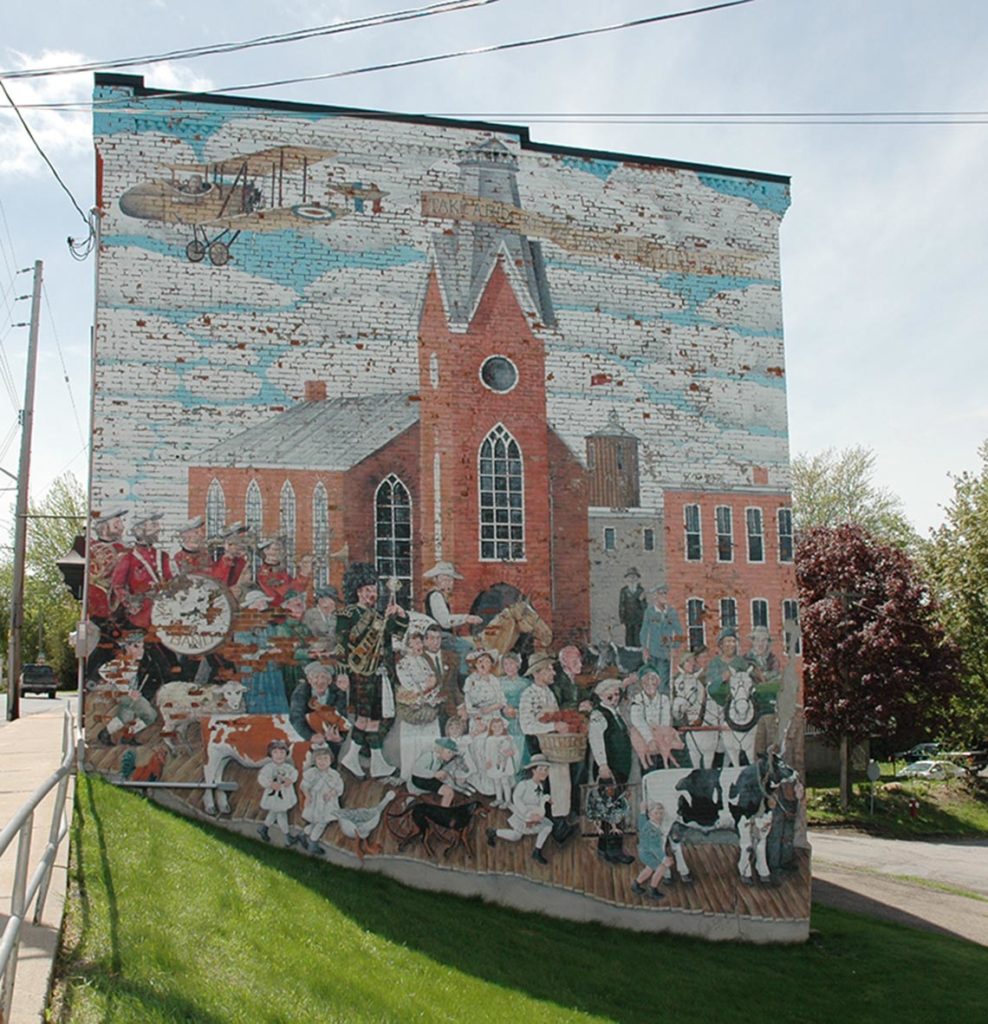 The village’s murals are now approximately 25 years old. “We’ve taken a fairly careful look at each of the murals,” said Evans. He said each one could require a different approach. The mural of Vankleek Hill’s former Town Hall on High Street, for example, is not in good condition. It was painted onto bricks, which are very porous, and vibrations from High Street have created more damage. “There’s a lot of erosion,” he said. He said restoring it may not be possible, but re-creating it on another surface is an option. The mural on Main Street’s Jade Garden, on the other hand, is so faded it’s not clear what it was in the first place, he said. An option could be to open a competition and solicit ideas for an entirely new mural. “That would result in something fresh and new,” he said.

Evans said he feels helping preserve Vankleek Hill’s murals is within Arbor Gallery’s scope. “Our mandate should be to support cultural enrichment and engagement,” he said. The murals are probably Vankleek Hill’s most prominent art, he said, and are something most visitors engage with in some way. The project is in its beginning stages, but he said Arbor Gallery will be approaching other stakeholders who could collaborate.

In addition, Phil Arber, who passed away in 2016, is largely responsible for the murals. “Arbor Gallery obviously has a historical relation with Phil Arber,” said Evans. “So it’s also a way of recognizing and cherishing that heritage.”
Arber was one of the three members of the Historical Vankleek Hill Mural Group, which consisted of Arber and artists Odile Têtu and Elisabeth Skelly.
Arber also owned the building which houses Arbor Gallery.

Evans said Arbor Gallery will be applying for grants and anyone interested in helping out or offering support can contact him at [email protected] or leave a message at the Arbor Gallery by calling 613 518 2787.