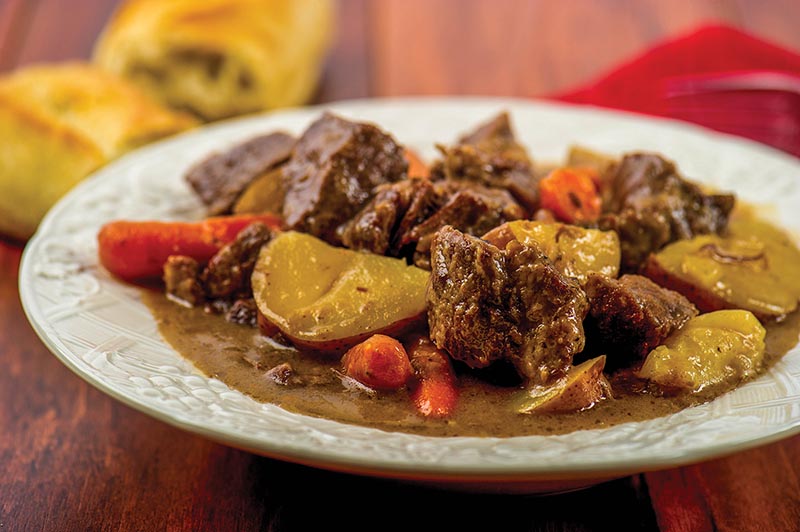 To the editor,
Twas not just a pot of stew, but was a beautiful act of thoughtfulness. Heather and I had been going to our Lachute dentist almost from the time we moved to Cushing in 1985. Dr. Jean was also a close neighbor in Cushing, I also cleared snow for him for many years.

We also had the same dental hygienist for all these years as well, and had become very close over the years sharing family stories, and were familiar with one another’s lives.

I went last week to have my 9-month checkup and cleaning, it was a kinda slow day at the clinic and our conversation covered many aspects of our lives. When she asked me how I was now doing, (I lost my wife of 55 years just over 3 years ago) I explained that apart from occasional loneliness, that evenings and meal time were tough, and that my cooking was not great, and that one of the things I missed most was Heather’s stew.

Heather had a big cast iron pot the she put on the wood stove, starting with all the basic ingredients, and throughout the day she would keep adding things to the pot and the results were always great. She did not follow a recipe and called it “A la Cushing”.

Monday afternoon just before 5 o’clock, the phone rang, it was the hygienist saying she was just leaving the office in Lachute, heading home to Hawkesbury, and she wanted to stop in for a minute.
She arrived with a beautiful big pot of homemade stew, and a large plate of homemade Christmas cookies.

She explained that her mom was a better cook than she was and engaged her mom into doing the cooking. Needless to say, I had stew for supper Monday night and it was nothing short of wonderful. I gave thanks with great emotions. I later learned that she had made these arrangements even before I had left the office that morning.
This was a random act of caring and thoughtfulness, and a wonderful unselfish act of kindness and caregiving. I know I sound sometimes like a broken record, but whenever anyone asks me what to pray for, I always say to pray for caregivers. How very important they are, we are, all caregivers at some level.

My Christmas has now taken on a new and emotional meaning, I am now working on a way to say thank you. I thank God for the life He has given me, for being so active in my life, His unexpected acts of caring for me and others. When I called to say thanks, they could not have been more jubilant and rejoiced in what they had done for me.

This was a life changing, life enhancing, a simple act of thoughtfulness, gives one a different perspective of Christmas.
Merry Christmas, everyone.