Strong performance by the Cougars in North Dundas 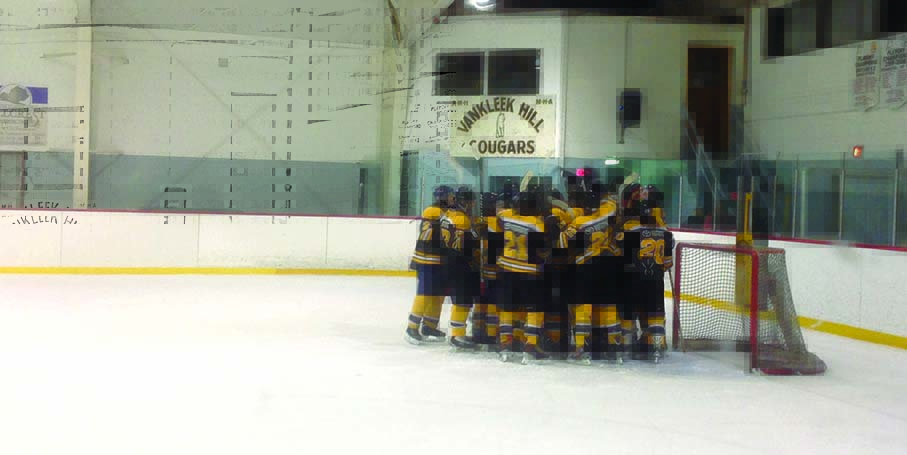 The Vankleek Hill Cougars were in North Dundas Monday night to face the Rockets who are sitting in third place in the league. Vankleek Hill was trying to forget their disastrous loss against the Vikings last Sunday.

Both teams started the game off on the safe side looking for the other team to make the first mistake.  At the 12 minute mark, the Rockets took advantage of a bad Cougar turnover to take the 1-0 lead.  This seemed to wake up the Vankleek Hill players and they didn’t look back.  On one of the Cougars’ many attacks, it was Cameryn Griffiths who deflected a point shot to tie things up.  A few minutes after, Brenden Rowe fired a shot from the point on the power play that fooled the Rockets goalie for the 2-1 lead going into the second period.

Things got more intense in the second period and the Cougars were winning all the battles. Mid-period, Max Emond battled hard deep in the zone and was rewarded with his twelfth of the year for the 3-1 lead.

The third period was mostly the same, except the Cougars capitalized on their chances.  Tyler Dopelhamer made it 4-1 with a little over 10 minutes to go in the match.  The rest of the period saw the Rockets take many undisciplined penalties.  Brenden Rowe with his second goal and Trystan Lavoie completed the score for the very important 6-1 lead.